Chip Kelly Fired: 5 Mistakes That Cost Him His Job With the Eagles - Rolling Stone
×
×

It wasn’t supposed to end this way. Chip Kelly – offensive savant and genuine outside-the-box genius – was going to revolutionize the NFL and resurrect the Philadelphia Eagles, and the team certainly let him try his damndest to do both those things. In fact, after an all-in offseason (his first as de facto GM), the odds of him being fired in 2o15 were slim-to-none.

Well, “none” left town sometime after the Eagles suffered back-to-back blowout losses to the Buccaneers and Lions in November, and “slim” showed up looking twice as heavy on Tuesday, when Kelly was canned as Eagles coach. Final tally? A 26-21 record over (nearly) three seasons, one playoff loss, approximately 800 awkward press conferences and about 15 different starting quarterbacks.

Of course, Kelly’s collapse didn’t just happen overnight – it just feels that way, mostly because over the past 12 months, he’s made a staggering string of bad decisions. But ever since he rode into town in 2013, Chip has shown a willingness to risk it all and shake up the status quo, two factors that didn’t fly in the staid world of the NFL. Here’s a look at the five biggest mistakes that ultimately cost him his job…feel free to read it whenever you stop celebrating, Eagles fans.

The Damn Draft
Kelly wasn’t the only one fired on Tuesday; the Eagles also let go of his top front office guy, Ed Marynowitz, who was promoted to vice president of player personnel in January after Kelly won a power struggle with then-GM Howie Roseman.

Roseman will reportedly return to heading the personnel department, a decision made by owner Jeffrey Lurie almost out of necessity. After all, ever since Kelly arrived in 2013, the Eagles’ drafts have been duds. That year they took tackle Lane Johnson fourth overall, simply to be the franchise right tackle; he went one pick ahead of Ezekiel Ansah, the Lions’ defensive end who has 13.5 sacks this season. Johnson was also suspended for four games following his rookie season, after testing positive for PEDs.

In 2014, they drafted Marcus Smith, who has yet to make a start and looks like the worst pick of that first-round class. Philadelphia took Nelson Agholor 20th overall this year in the hopes of bolstering their passing attack, but he ranks just 16th among rookies in receiving yards.

For a guy who was one of the top coaches in college, Kelly sure was a lousy judge of college talent.

Missing Maclin
There was nothing wrong with the decision to trade LeSean McCoy for Kiko Alonso, but if Kelly wanted to free up some cash, why not spend it on his best receiver, Jeremy Maclin?

After an ACL tear cost him his 2013 season, Mac returned to the Eagles in 2014 on a one-year, show-me contract – and show Philly he did, posting career highs in receiving yards (1,318) and catches (85). Of course, Kelly let him walk, and Maclin signed with Kansas City to the tune of five years, $55 million, with $22.5 million guaranteed. Meanwhile, the Eagles were inking DeMarco Murray, a running back that had touched the ball nearly 500 times a year earlier, to a five-year deal worth more than $40 million (with a reported $21 million guaranteed) and Kelly mistakenly believed he could replace Maclin with the likes of Riley Cooper, Josh Huff, Miles Austin, or Agholor. 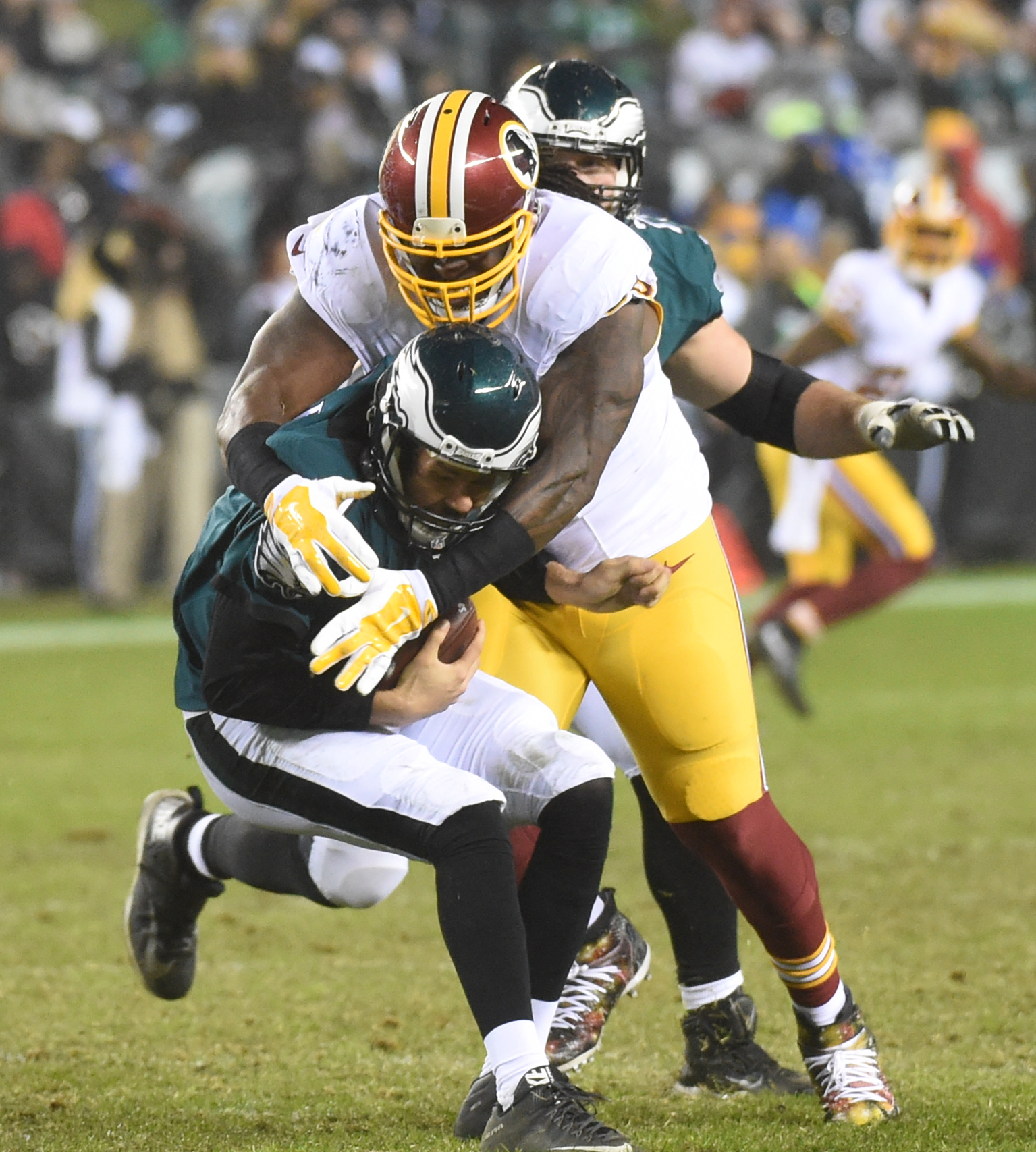 The Trade for Sam Bradford
In 2013, Nick Foles had a historically great season: 119 passer rating, 9.1 yards per attempt, 27 touchdowns and only two interceptions. His 2014 season was cut short by a broken collarbone (it’s not like it was going all that well to begin with), and eventually, Kelly traded his starting QB – and a pair of picks, including a 2016 second-rounder – to St. Louis for the oft-injured Sam Bradford.

Bradford only had one year remaining on his rookie mega-deal, meaning if he managed to match Foles’ 2013 effort, it would’ve cost Philly tens of millions in guaranteed money to re-sign him. If he played poorly, well, he would just confirm that he’s not a very good quarterback. In other words, it was a lose-lose from the beginning.

Now we know Bradford is a below-average quarterback and is likely gone. The Eagles, meanwhile, will look for someone else to compete with Mark Sanchez, who is still on the books for $5.5 million next season. It’s unfathomable that one coach could have this many disasters at quarterback over a three-year period, but Kelly managed that with Michael Vick, Foles, Bradford, Sanchez, Matt Barkley and an unexplained flirtation with Tim Tebow.

The DeMarco Deal
In most any other era of football, signing a premier running back to a big free agent contract would make sense. But, in retrospect, Kelly’s decision to sign Murray to a five-year, $40 million deal made you wonder what year it was.

Murray was the league’s best running back in 2014, but despite 1,845 rushing yards and 13 touchdowns the writing was on the wall from the jump that the Cowboys had never intended to keep him. Instead, they built a great offensive line and brought in guys that cost nothing. Why? Because you can find a good running back anywhere these days.

Case in point: Murray is 28th in rushing yards whereas Darren McFadden, signed by Dallas for a two-year, $3 million deal, is fifth.

Perhaps the DeMarco deal would be more palatable if Kelly had intended on using him in the same way that the Cowboys did, giving him 300 carries and making him the focus of the offense. Instead, Murray splits time with Ryan Mathews, and will likely finish 2015 with less than 200 carries. Perhaps the Eagles should have just signed Mathews and let someone else overpay for Murray. 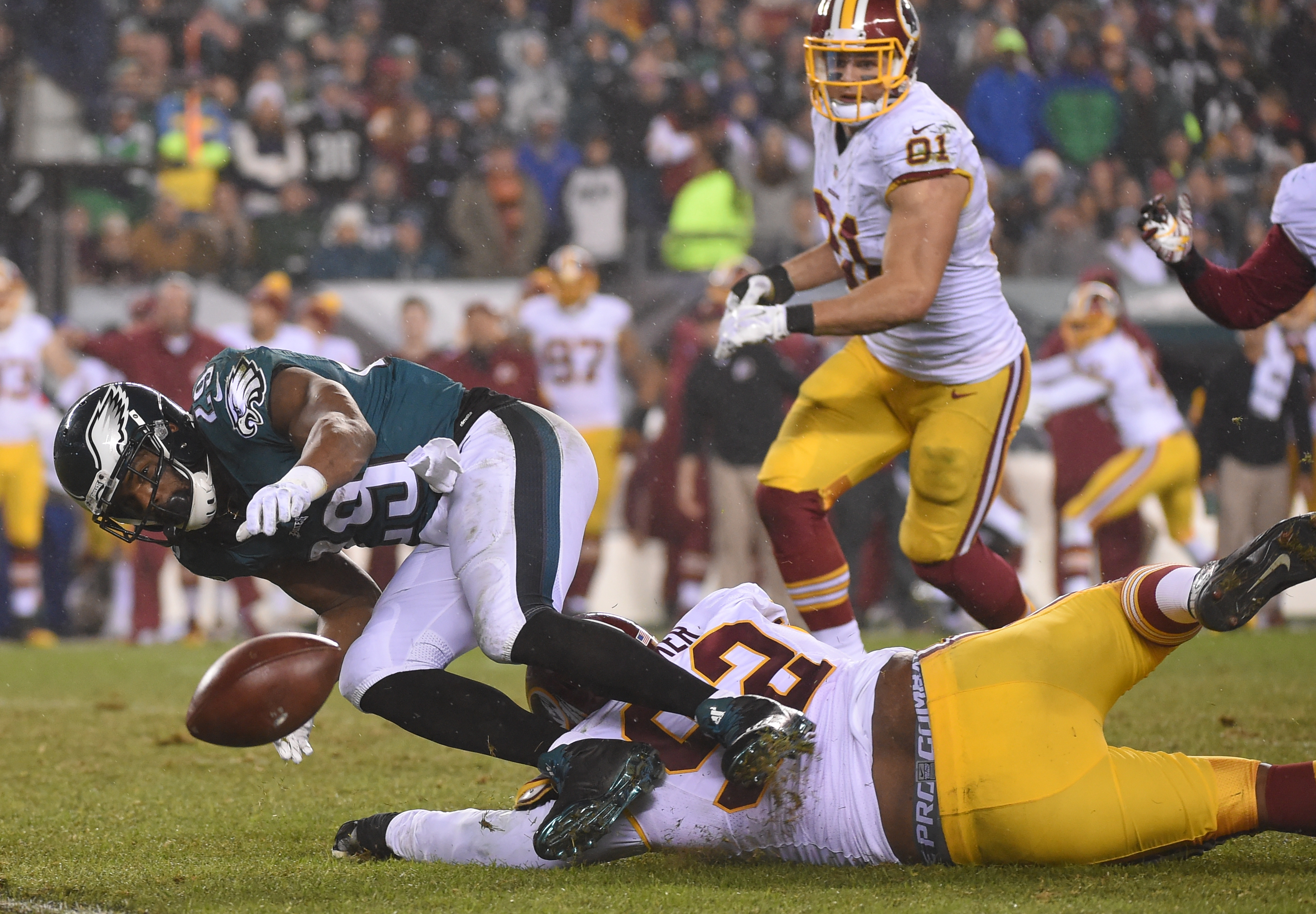 Betting on Himself
After firing Andy Reid for going 4-12, the Eagles seemed to be back on track with Kelly in his first two seasons, but as soon as it became The Chip Kelly Show, he was doomed.

When the relationship between Kelly and Roseman soured, Kelly manipulated Lurie enough to get Roseman out of his way, and finally start to build the team in the way he saw fit. And, boy, did he build.

For weeks, it seemed like every major move in the NFL was happening with Philadelphia. Trades, signings, Marcus Mariota rumors and finally…Tebow. If the Eagles won, Kelly would be a genius, but if they lost, he’d be an incompetent fool that set the franchise back a few years. The bubble burst in 2015, and Philly will finish with a losing record and miss the playoffs once again. Kelly’s guys were mostly terrible. The players he passed on, mostly good. It seems that no matter how great of a coach he is, Kelly belongs nowhere near a front office – now, Roseman gets the last laugh.

The biggest gamble that Kelly made was on himself, and he just busted out.