While it’s a widely accepted axiom that strong pitching will always carry the day in the postseason, this year’s American League Division Series between the Baltimore Orioles and the Detroit Tigers brought to mind Casey Stengel’s immortal assessment that “Good pitching will always stop good hitting, and vice-versa.”

The heavily favored Tigers sent the last three AL Cy Young winners – Max Scherzer, Justin Verlander and David Price – to the hill against the O’s, who countered with the solid but unspectacular likes of Chris Tillman, Wei-Yin Chen and Bud Norris. Though the Orioles led the league in 2014 with 211 home runs, the Tigers were still deemed to have the offensive edge, especially with third baseman Manny Machado and catcher Matt Wieters out for the season with injuries, and slugging first baseman Chris Davis suspended for the series after testing positive for Adderall. I predicted that the Tigers would take the series in five games, but there were others who thought Detroit would blow by Baltimore even quicker than that.

Today, however, the Tigers are already packing up and going home, while the Orioles – having just become the first team in history to sweep three straight postseason games from three straight Cy Young winners – are advancing to the American League Championship Series for the first time since 1997. And while some of the blame for the Tigers’ collapse can (and should) be laid at the feet of rookie manager Brad Ausmus, not to mention the clown car of a bullpen that GM Dave Dombrowski saddled him with, the Orioles were simply the better team.

American League Playoffs: Will the Royals Reign in October?

Championship squads have to be able to consistently capitalize on their opponents’ mistakes, and the Orioles took full advantage in Games 1 and 2. It was almost like they were just biding time for the first seven innings of those two contests, waiting for the soft white underbelly of the bullpen to become exposed in the eighth. (And no, I’m not just talking about Joba Chamberlain’s expansive gut.) In the fateful eighth of Game 1, they sent 12 men to the plate and walked away with eight runs, but it was their eighth-inning uprising in Game 2 that really put the hurt on the Tigers.

Following solid performances from Justin Verlander and Anibal Sanchez, Detroit went into the bottom half of the eighth with a 6-3 lead and the scent of a tied series (and subsequent home-field advantage) in the air; a Steve Pearce RBI single and a bases-loaded pinch-hit double by Delmon Young later, the Orioles were suddenly up 7-6 and the Tigers were watching their season flash before their eyes. Young had been a postseason hero for the Tigers in 2011 and 2012, but they let him walk as a free agent after his anger issues and his bizarre defensive approach marked him as a liability; to have been beaten by Young now must have felt like being assaulted with your own severed limb. 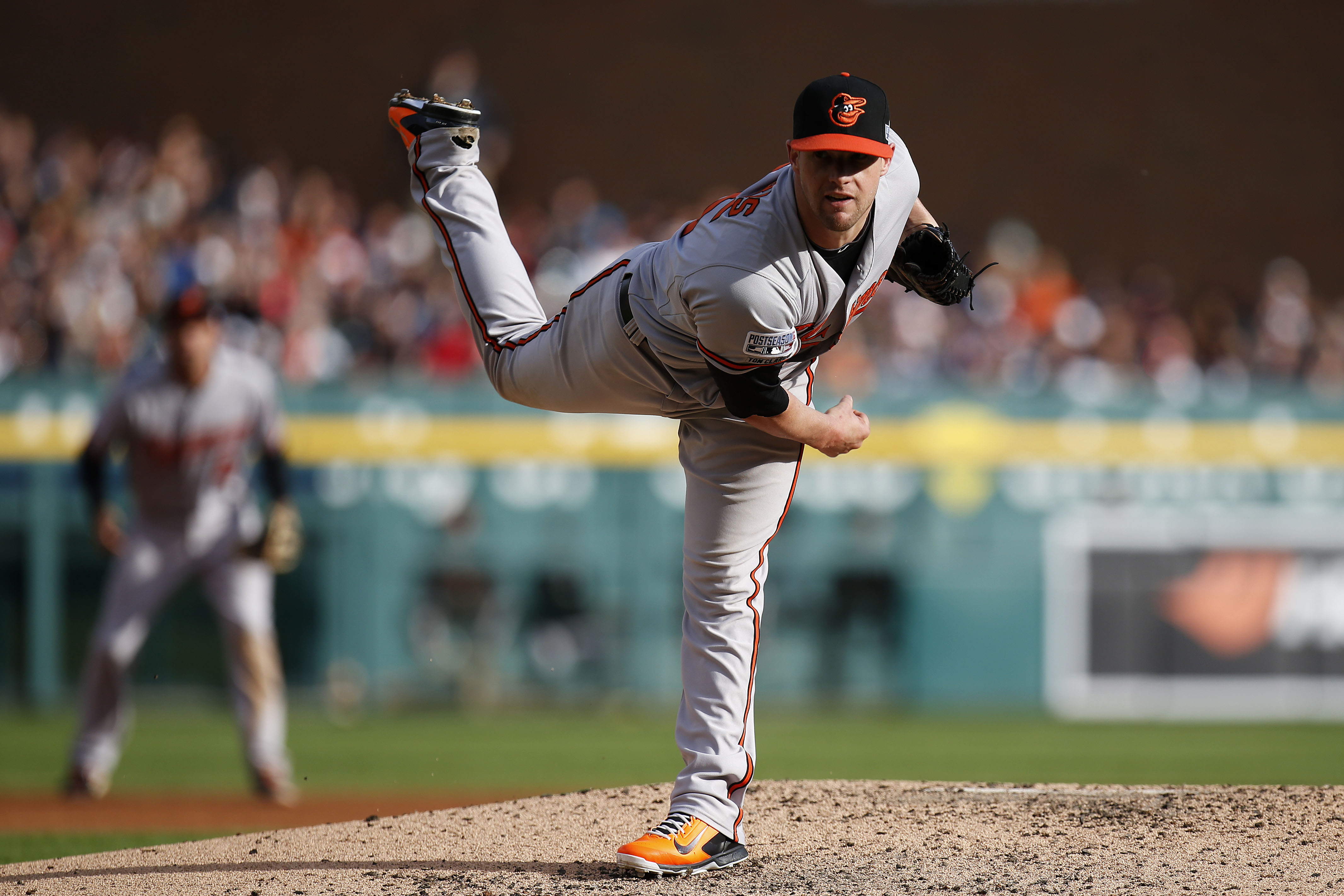 In Game 3, the Orioles simply outplayed the Tigers: Norris, who’d never pitched in the postseason before, gave up only two hits in 6 1/3 shutout innings; and when a throwing error by normally sure-handed shortstop J.J. Hardy gave the Tigers a leg up in the third, Norris handily worked his way out of the two-on, two-out jam by getting the dangerous Victor Martinez to fly listlessly to center. Nelson Cruz, who continues to torment the Tigers in the postseason, gave the Orioles the only runs they needed with a home run off the end of his bat that bashfully disappeared around the right field foul pole; the Tigers – seemingly still shell-shocked from the eighth inning of Game 2 – finally threatened in the ninth and gave their equally stunned fans at Comerica Park something to cheer about, but Orioles closer Zach Britton induced pinch hitter Hernan Perez to ground into a textbook double play that ended both the rally and the series.

While the Orioles boast a tough lineup, solid starting pitching, excellent defense and a wicked bullpen, ample credit must also be given to manager Buck Showalter, who clearly knows how to get the most out of his players.

In a postseason rife with managerial gaffes, it’s been a treat to watch Showalter operate; he largely eschews “by the book” tactics, especially with regards to the bullpen, yet his moves consistently pay off. He brought in lefty Andrew Miller to relieve Norris in the seventh, and left him in for all of the eighth as well. Flying in the face of the lefty-righty matchups compulsively enacted by so many managers, Showalter allowed Miller to face five straight right-handed batters, including Miguel Cabrera. He got all of them out so effortlessly, it wouldn’t have been too surprising to see Showalter go with him again for the ninth.

Instead, the Orioles manager went with his closer to get the final three outs; but when Britton initially struggled and gave up a run on back-to-back doubles by Victor Martinez and J.D. Martinez, Showalter again threw the playbook out the window, ordering Britton to intentionally walk Nick Castellanos with one on and one out. The Tigers third baseman represented the winning run, but Showalter knew that Castellanos was more dangerous at the plate than he would be on the basepaths, what with the weak-hitting Andrew Romine (who was lifted for the equally punchless Perez) and Ezequiel Carrera following him in the Tigers’ lineup. Sure enough, Castellanos wound up being the first out in the double play started by Perez’s grounder to short.

This ALDS was actually the first postseason series that Showalter has won, which is kind of surprising since he has 16 years of major league managerial experience under his belt, and is widely considered to be one of the greatest skippers currently in the game. But this Orioles squad looks quite capable of winning two more series before this October is over. Perhaps Showalter has finally been blessed with a team that’s perfectly suited to his skill set – and, as Casey Stengel would say, vice-versa.