Are You Ready to Believe in the Baltimore Ravens? - Rolling Stone
×
×

There is only one Wild Card team remaining in the NFL playoffs, and fittingly, it’s the Baltimore Ravens.

After all, if you’ve been watching pro football for the last seven years, you know that the Ravens have come to epitomize the phrase “Wild Card.” They are the team you never want to face come January, as unflappable as their mundane-but-money quarterback, as tough as their battle-tested defense and as routinely overlooked as their head coach, who’s not even the most famous field general in his family.

And once again, here they are to fuck your shit up.

The Ravens won in Pittsburgh 30-17 on Saturday night, beating the Steelers in the playoffs for the first time in franchise history. They did it by bottling up the Steelers’ depleted offense and by roughing up Ben Roethlisberger, but mostly they did it by coolly constricting the life out of their rivals, pulling away in the second half to notch a win most didn’t see coming. But then again, they never do: Baltimore only knows how to do one thing, and that’s win playoff games they’re not supposed to.

Tony Romo Finally Gets Lucky, and the Cowboys Roll On

That they’re even here is a testament to their will. After a season that included the ugly Ray Rice incident – in case you somehow forgot, the Ravens cut him on September 8, after the release of a video that showed him striking his then-fiancée – and the suspension of Pro Bowl defensive lineman Haloti Ngata, Baltimore needed a win on the final day of the regular season just to make the playoffs. Yet credit coach John Harbaugh for staying the course; the Ravens ranked eighth in scoring and sixth in points allowed, filling gaps on both sides of the ball with the likes of Justin Forsett (8 TDs, over 1,500 yards from scrimmage), the resurgent Steve Smith (over 1,000 receiving yards) and linebacker C.J. Mosley, who led all rookies in tackles. 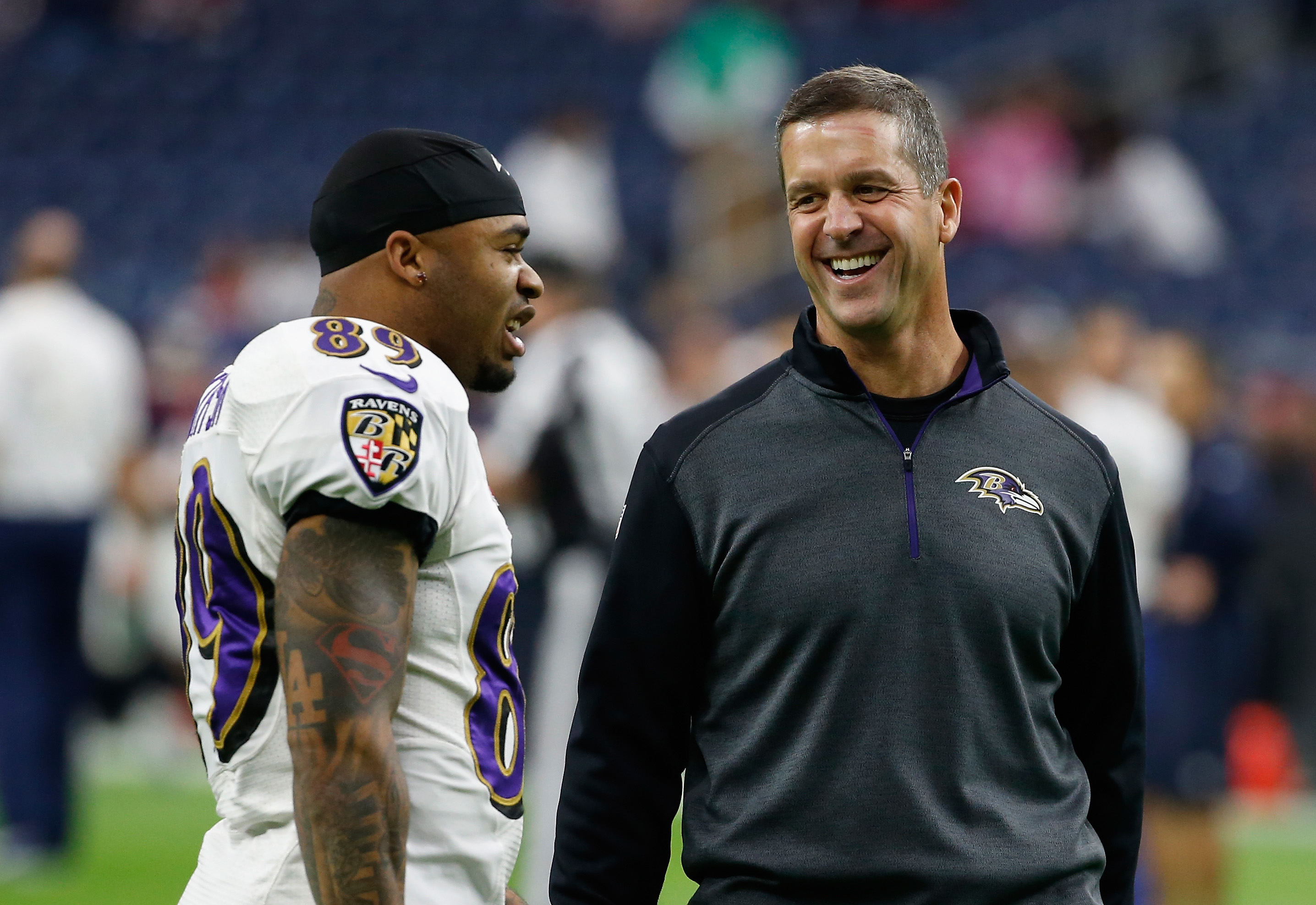 And then there was the play of quarterback Joe Flacco, who put together a career year (27 touchdowns, almost 4,000 passing yards) without anyone noticing – not even after he threw five TDs in 17 minutes against Tampa Bay. As always, he was an unshakeable leader, part of a core that includes Ngata and linebacker Terrell Suggs, but throughout a stormy season, his presence served as both ballast and a buoy. Flacco’s mug was so stoic it could’ve replaced the bird on the side of Baltimore’s helmet.

It was business as usual against the Steelers on Saturday. Flacco threw for 259 yards and two scores, en route to his tenth playoff win since 2008 – more than anybody during that span – and more than Steve Young, Jim Kelly, Dan Marino, Warren Moon and Dan Fouts had during their entire careers. He has won five straight playoff games and in that time, has tossed 13 touchdowns (and zero interceptions). He has posted a QB rating over 100 in each of those games, and his 166 straight attempts without an interception is the fourth-longest in playoff history.

Now, he leads the Ravens into Foxboro to take on the Patriots, and though the oddsmakers seem to like New England’s chances, the locals don’t exactly share their optimism. And you can’t blame them. They’ve watched Baltimore paste the Pats in a 2009 Wild Card game, come up just short in 2011, when Billy Cundiff missed a 32-yard field goal that would have sent the game into overtime, and score an upset win in the 2012 AFC Championship, with Flacco throwing three touchdowns in a span of 10 minutes in the second half.

Two weeks later, John Harbaugh beat his brother Jim and the 49ers in the Super Bowl. Now Jim’s ordering office furniture in Ann Arbor and John is back to his old ways, winning games with “the best quarterback in football.” He will not be intimidated, and neither will his team; if anything, a season of hardship has made them impervious to doubt. You can continue to ignore the facts – that Flacco has won more road playoff games than any quarterback in history, that Baltimore is 7-4 on the road in the playoffs with Harbaugh and Flacco – and assume that the high-powered Patriots will find a way, or you could look at how the Ravens handled a similarly high-octane Steelers team on Saturday. You could pore over the Ravens’ playoff pedigree, look at the road ahead and wonder: Why couldn’t they do it again?

Or, you could just continue to ignore them. I get the feeling Baltimore likes it that way. Pay no attention to the team in purple and black; they’re just winning all the playoff games. If they can make it back to the Super Bowl this year, would it really be a surprise?