9 Quarterbacks That Could Make Mark in NFL Playoffs - Rolling Stone
×
×

Quarterbacks become stars during the regular season but their reputations are built in the playoffs. Whether it’s for better (Terry Bradshaw, Joe Montana, Joe Flacco) or worse (Dan Marino, Peyton Manning, Aaron Rodgers), after players retire they will always be judged more for what they do in January than what they do from fall to New Year’s. This year we have a litany of QBs who have either never been the postseason or have yet to win a big game.

Among the 12 playoff teams, you’ll likely see the regulars like Brady, Russell Wilson, Flacco, Ben Roethlisberger and Eli Manning (the most classic example of all of how a quarterback can build a Hall of Fame resume in the postseason alone) but there are going to be newbies. Get ready to start passing judgment on these passers.

Trevor Siemian, Denver Broncos
Denver was led to an unlikely Super Bowl championship a year ago by an unlikely hero: Way-too-old Peyton Manning. Siemian has been a significant upgrade over Manning and Osweiler but they’re currently on the outside looking in of the wild card and probably won’t be catching the Raiders in the division. Siemian has done a great job given the circumstances though it’s hard to not wonder if he’ll just be the next Brian-Griese-following-John-Elway and be forgotten in five years.

Ryan Tannehill, Miami Dolphins
The Dolphins are the current six seed in the AFC and are a game ahead of the Bills. The best thing that Tannehill has going for him now is head coach Adam Gase – who helped develop some of Peyton Manning’s best seasons in Denver –and over the last six games, all wins, Tannehill has a passer rating of 104.7. If he makes the playoffs (AFC East foe Tyrod Taylor and the Buffalo Bills aren’t done yet) expect Tannehill to go no further than the divisional round, but Miami has a good thing going with Gase.

Jameis Winston, Tampa Bay Buccaneers
Over his last seven games, Winston has a passer rating of 102.7 with 14 touchdowns and three interceptions while the Bucs have gone 5-2, but it may be too soon to count the 2015 first overall pick as a shoo-in to make the playoffs at all. Tampa is still inefficient on both offense and defense and has a ways to go to even qualify for the postseason.

Marcus Mariota, Tennessee Titans
If the fans are lucky, Mariota will pull the Titans into first place and get into the postseason in just his second season, because Brock Osweiler of the Houston Texans is probably the worst starting quarterback in the NFL. (The ring he earned as a backup for the Broncos last year will probably never find a partner.) Instead, Mariota is exciting enough to take over the whole conversation in football once he makes the playoffs because few are even realizing what he’s doing in the forgotten AFC South: Over his last eight starts, he’s thrown 21 touchdowns, three interceptions, has a passer rating of 117.7, and has rushed for two more scores. Less talk about Andrew Luck as the next Manning, more talk about Mariota as the current Mariota. 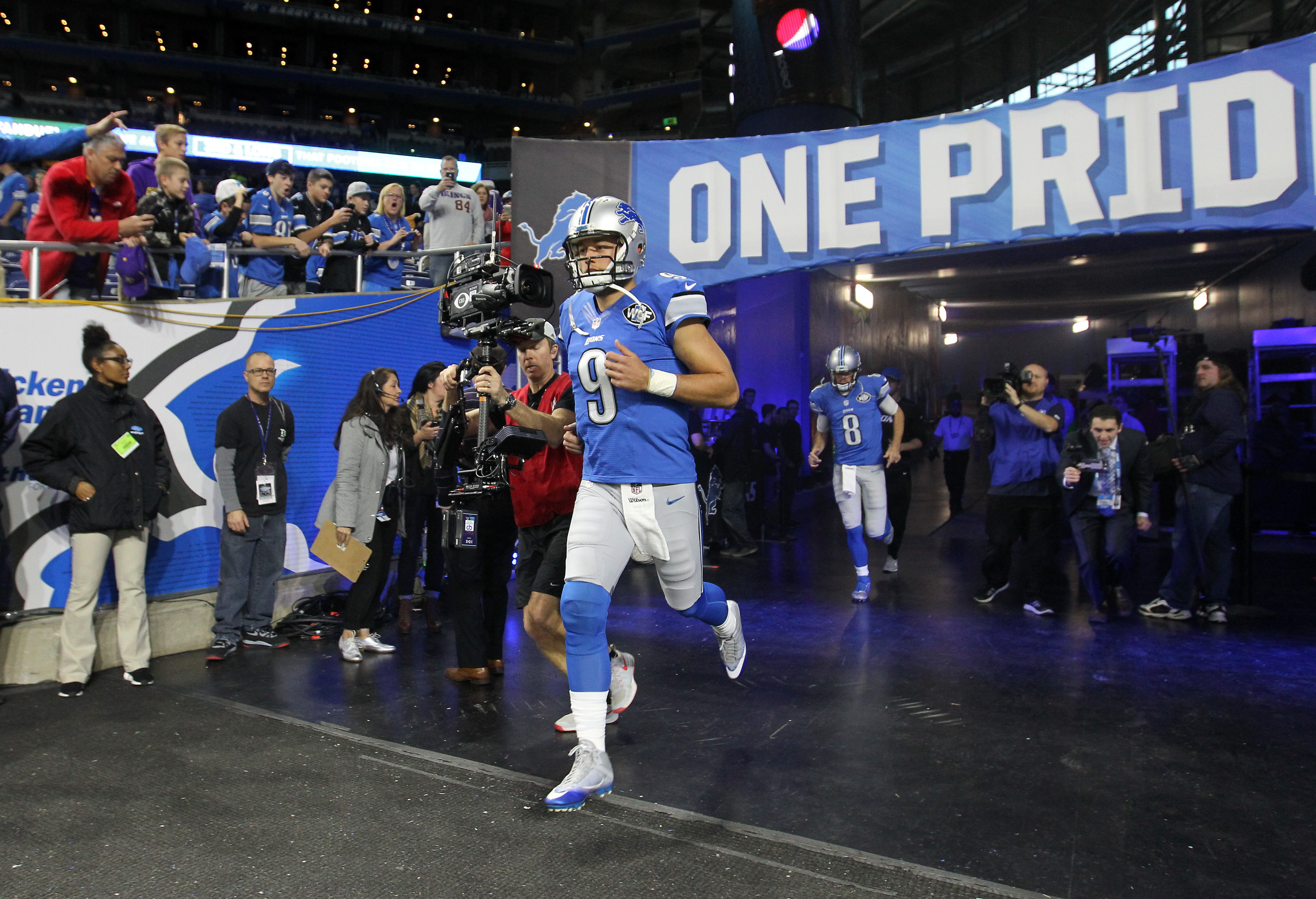 Matthew Stafford, Detroit Lions
Stafford has been to the playoffs twice before, losing both times, most recently blowing a 20-7 lead to the Cowboys two seasons ago in an instant class wild card matchup. Stafford is enjoying the best year of his career and still only 28. Peyton and Drew Brees didn’t win their first playoff game until they were 27, so this wouldn’t be late for Stafford to get his start.

Kirk Cousins, Washington Redskins
There may not be a more divisive player in the game today. The most intriguing quarterback of next offseason, Cousins is an impending free agent who get the franchise tag for the second year in a row, earn a modest extension, or go on a playoff run that forces Washington to give him a record deal much like the one Flacco earned after winning the Super Bowl in 2012. (Not that he’s not vastly overpaid because of it.)

Cousins has been a bit unreal over the last five games, averaging 369 passing yards per contest with 11 touchdowns, one interception, and a rating of 114. Making his first playoffs start a year ago, Washington went up 11-0 on the Green Bay Packers before being outscored 35-7 the rest of the game with Cousins fumbling three times. The Redskins are currently in line for a wild card and the competition is tight but if Cousins keeps playing this way, they’ll be back in the playoffs for the third time in the last five years. That’s a solid way to start building yourself up as a “winning” quarterback.

Derek Carr, Oakland Raiders
Plenty of the greats come from unlikely beginnings, and Carr started his career 0-10 but worst of all … plays for the Raiders. Well, that is a joke no longer and it has plenty to do with Carr, who is leading the MVP race for many. With 22 touchdowns, five interceptions and a 9-2 record, Carr is an excellent candidate to fill the void of some the quarterbacks who are on the wrong side of 35, but he also owes a large debt of gratitude to receiver Amari Cooper, not that Jerry Rice and Marvin Harrison didn’t help put some QBs into the Hall of Fame. If there’s anything holding him back, it’s the same thing that plagued Manning and Marino, which is a porous defense that does not look to be championship caliber. Oakland isn’t good against the pass or the run so when they face Brady or Roethlisberger in the playoffs, will Carr be able to win a shootout? That would really solidify his status among the QB elite or show that he still has a ways to go. 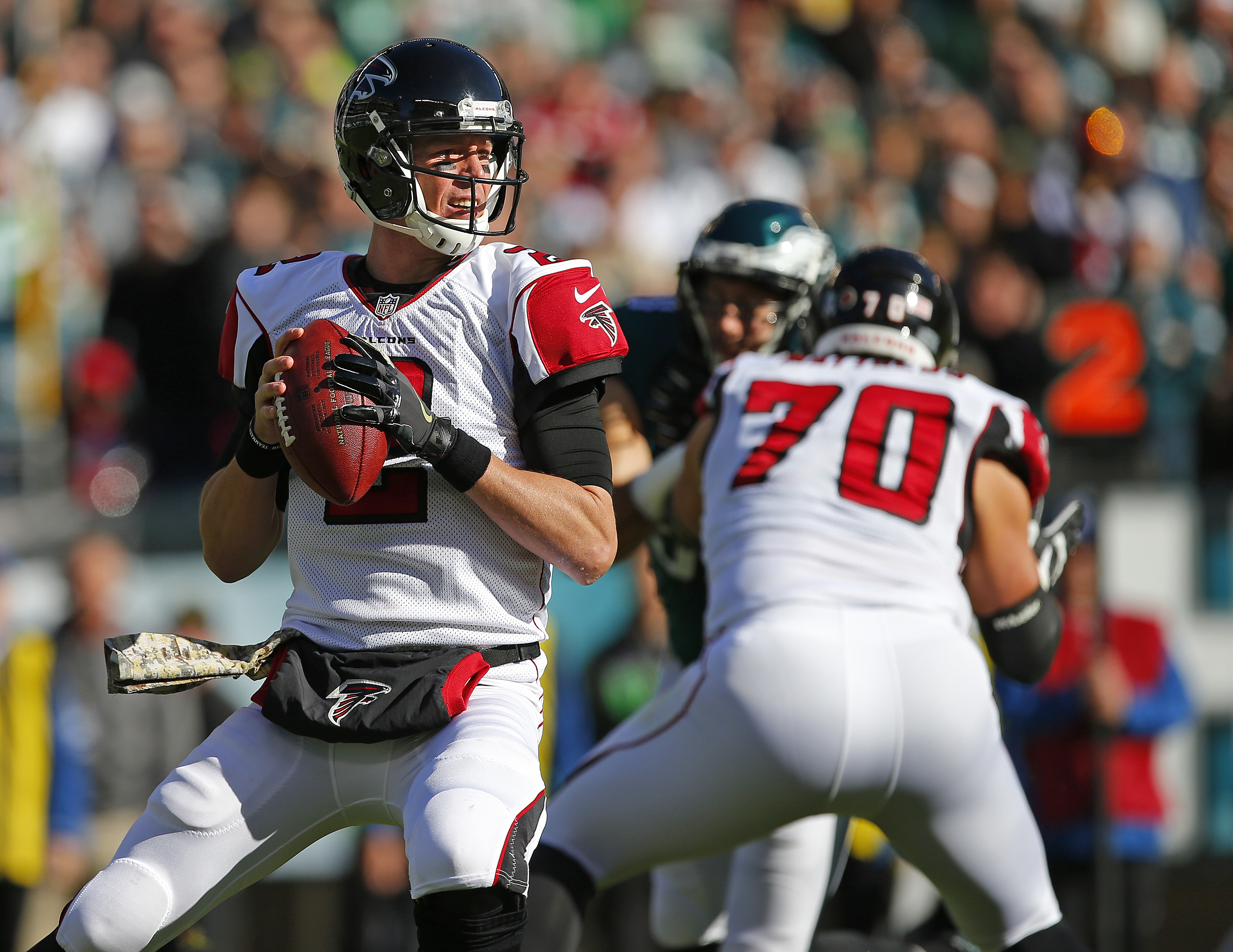 Matt Ryan, Atlanta Falcons
Ryan is 31 and has four career trips to the postseason but is just 1-4 in those games. That could finally change this season with offensive coordinator Kyle Shanahan, who has him posting career-highs in literally every important category. Consider that Kyle’s father Mike Shanahan changed Elway’s career when he took over the Broncos in 1995, not only helping him put up the best numbers he had ever had, but leading him to two Super Bowl wins and changing the entire narrative of his career before retirement. The same could happen to Ryan, who hasn’t been to the playoffs since losing the NFC Championship in 2012.

Dak Prescott, Dallas Cowboys
There will be no – no player – more worth keeping an eye on this January than Prescott. As long as he remains healthy, Prescott will join a short list of quarterbacks to make the playoffs in his first season, along with guys like Wilson, Roethlisberger, Marino, Elway and Cowboys Hall of Famer Roger Staubach. Dallas will almost certainly get a bye week meaning that he’d be just two wins away from the Super Bowl, a game that a rookie QB has never started. That could change this season with Dak (and by a longshot, maybe Carson Wentz of the Philadelphia Eagles) but either way, it already seems like Prescott has a long and successful career ahead of him just by showing what he’s shown so far. The numbers are there, the team is there, the ability is there. Quarterbacks who do this much in their rookie seasons rarely don’t fare well over their careers, though with Robert Griffin III and a few others, there are always exceptions. Dak is clearly already an exception of a different sort. A Super Bowl win could make him the biggest name in the NFL in a few short months.

It’s not that crazy.