Why Would Someone Call a SWAT Team on a Stranger? - Rolling Stone
×
×

Earlier this week, 28-year-old Andrew Finch, a family man from Kansas, opened his door to a fully-armed SWAT team ready to defuse a hostage situation that was called in from 1,300 miles away. Shot down before he could even leave his porch, it became clear that Finch was the victim of a sick and tragic prank.

In Ventura, California, an online spat between two players on the game Call of Duty escalated over Twitter to threats of SWATing, a popular form of online harassment that involves calling in a fake hostage situation, bomb threat, or shooting to authorities who then deploy a SWAT team to the home of an unsuspecting victim.

Moronically, some successful swatters turn to social media to brag, leading the police to Tyler R. Barris in Los Angeles, who’d been linked to two dozen previous phony bomb threats. Because these raids are often live streamed, unfolding before an audience of captivated gamers over Twitch, swatting has become a notorious practice for online pranksters and hotheaded Internet rivals. Dexerto reports this particular argument erupted over a $1 or $2 wager made on Call of Duty.

But how did Finch, an innocent third party on the receiving end of this retaliatory prank, become a decoy in a will-you-won’t-you-SWAT-me taunt over Twitter? Screenshots of now-deleted tweets reveal how Finch’s address was given randomly – the product of a dare.

In light of Finch’s death, and a string of other high-profile swatting schemes including a New York Times Magazine report on the rise of serial swatters, criminal consequences are expected to reach beyond the standard reimbursement of municipal funds. Tyler R. Barris, the man behind the phone call that led to Finch’s unnecessary death, is being extradited from his home in Los Angeles to await trial in Kansas, and it has been reported that manslaughter and reckless endangerment may be on the table. Here’s everything you need to know about swatting, how it works, and why someone might do it.

It’s relatively easy to swat someone
Realistically, swatting isn’t very difficult to pull off. The victim has no way of knowing until the SWAT team bangs on the door. As reported by the Wichita Eagle, Wichita authorities remained on the phone with Tyler R. Barris during the raid before realizing there weren’t any hostages inside the house as he’d reported. According to the now-released phone call between Barris and the police, a domestic dispute rose to the level of gunshots and hostages, including a mother and child. Police are trained to err on the side of caution, and swatters figured out how to take advantage of that, often faking life-or-death situations such as shootings, hostage situations and bomb threats to ensure that action is taken.

Swatting is typically carried out from miles away, although perpetrators will still “spoof” caller-ID to make it so the call appears local, by placing calls online via Skype or using a burner phone. Another way hackers obfuscate their location is to by placing the call a through the clone of a pre-existing modem. Public databases have never been so readily available, nor users so sophisticated. A quick Google search can often be enough to find out where you live, and those savvy enough to game competitively likely know their way around a routine firewall.

Swatting has longstanding roots in the online gaming community
Live video-gamers, especially those with large virtual audiences, have become increasingly susceptible to swatting attempts since the term was first coined by the FBI in 2008. As mentioned in a report by The New York Times, “Those cameras have made them irresistible targets for swatting, as the prank is called, allowing mischief makers to indulge their voyeurism by watching the tense and confusing moments of a police raid.” Twitch, the streaming app of choice for gamers, even changed their terms of service to include a zero-tolerance policy on swatting, carrying indefinite suspension. Regardless, swatting videos litter the web, some accruing more than millions of views.

Special FBI Agent John Bennett of San Francisco said in a statement to CBS, that those who swat want to see “a tactical response” – specifically, they “want to see armed officers, they want to see a bomb, dogs, helicopters – that’s all part of the fun.” The FBI estimates approximately 400 swatting incidents a year.

Live-stream broadcasts allow swatters to watch the raid happen in real time.
The appeal of this kind of swatting, apparently, is in watching the raid unfold. Like something out of an episode of Black Mirror, the broadcast continues on as the SWAT team arrives and aggressively takes control of the unsuspecting gamer. One theory regarding the spike in these types of live swattings is that competitive online gaming fosters Internet rivalries and trolling, making them even more vulnerable to such desk-dwelling antics. Some anti-swatting experts go so far as to recommend avid gamer alert their local law enforcement that they could potentially be a target for this kind of behavior. 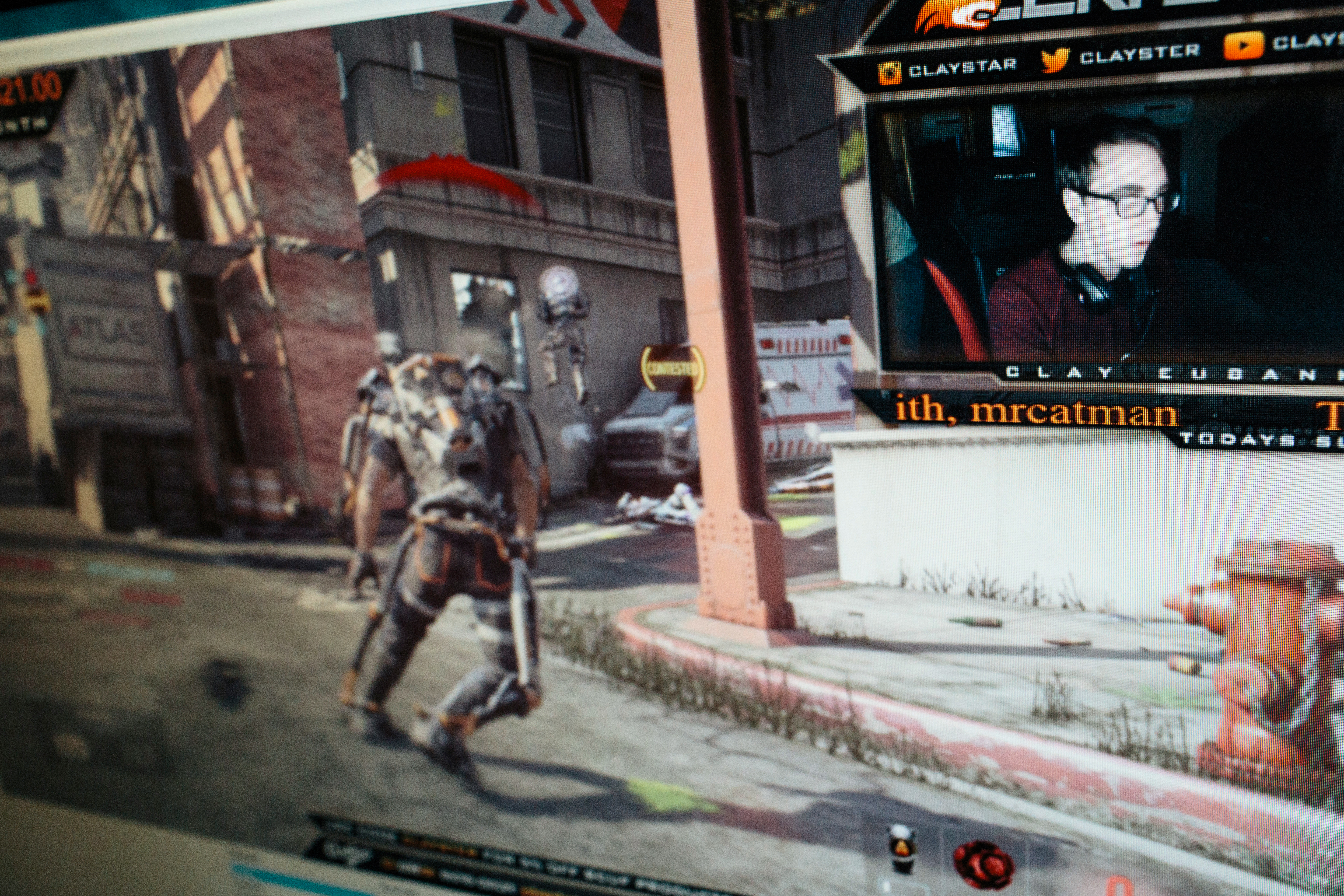 Celebrities have been dealing with swatters for years.
A rash of celebrity swattings occurred in 2012, including raids at the homes of Justin Bieber, Ashton Kutcher and Miley Cyrus. Over the next year, armed forces were called to various “incidents” at celebrity homes all over Los Angeles. Justin Timberlake, Rihanna, Selena Gomez and the Jenner family have all been victims of what was at the time being called “the 9-1-1 hoax.” In these incidents, the thrill comes from the media-coverage, eventually prompting The Los Angeles Times to forgo further reporting them for fear of copy cat hoaxes. Since then, public figures such as congresswoman Katherine Clarke of Massachusetts and the viral meme stars behind “Damn Daniel” have also gone public with their frightening experience of having been swatted.

Some swatters call in threats from others for cash.
A serial swatter known on Twitter solely as Swautistic recently admitted to reporter Brian Krebs that others have paid him to carry out swats for them. “Bomb threats are more fun and cooler than swats in my opinion and I should have just stuck to that,” he said. “But I began making $ doing some swat requests.” Krebs then analyzed that in a statement to The Washington Post:”According to him, he’s put his shingle out there as someone who can be hired to make these false reports. It seems like he got some kind of pleasure from doing it.”

Swatting can be tried as a criminal offense, from conspiracy to reckless endangerment
Punishment for swatting used to be reimbursement of all wasted municipal funds, which can range between thousands to tens of thousands of dollars in damages. However now, the charges have risen to the likes of reckless endangerment and conspiracy to provide false information, both of which carry years of jail time. Barris is currently to Kansas and is being held in Los Angeles without bail. He has been charged with one count of creating a false alarm which, according to the Los Angeles Times, is a felony in Kansas.

Congresswoman Katherine Clarke (D-MA) has been pushing for a federal anti-swatting bill – called the Interstate Swatting Hoax Act – an effort that resulted in the swatting of her own home in 2016. The traumatizing incident bolstered her initiative to increase swatting charges, and though the bill did not get a vote, The New York Times reports that provisions are in the works via Clarke’s Online Safety Modernization Act to adjust the consequences of swatting to a federal offense no matter the state from which the phony call was placed.