Why It's Time to Repeal the Second Amendment - Rolling Stone
×

I teach the Constitution for a living. I revere the document when it is used to further social justice and make our country a more inclusive one. I admire the Founders for establishing a representative democracy that has survived for over two centuries.

But sometimes we just have to acknowledge that the Founders and the Constitution are wrong. This is one of those times. We need to say loud and clear: The Second Amendment must be repealed.

As much as we have a culture of reverence for the founding generation, it’s important to understand that they got it wrong — and got it wrong often. Unfortunately, in many instances, they enshrined those faults in the Constitution. For instance, most people don’t know it now, but under the original document, Mitt Romney would be serving as President Obama’s vice president right now because he was the runner-up in the last presidential election. That part of the Constitution was fixed by the Twelfth Amendment, which set up the system we currently have of the president and vice president running for office together.

Everything You Need to Know About AR-15-Style Rifles

Much more profoundly, the Framers and the Constitution were wildly wrong on race. They enshrined slavery into the Constitution in multiple ways, including taking the extreme step of prohibiting the Constitution from being amended to stop the slave trade in the country’s first 20 years. They also blatantly wrote racism into the Constitution by counting slaves as only 3/5 of a person for purposes of Congressional representation. It took a bloody civil war to fix these constitutional flaws (and then another 150 years, and counting, to try to fix the societal consequences of them).

There are others flaws that have been fixed (such as about voting and Presidential succession), and still other flaws that have not yet been fixed (such as about equal rights for women and land-based representation in the Senate), but the point is the same — there is absolutely nothing permanently sacrosanct about the Founders and the Constitution. They were deeply flawed people, it was and is a flawed document, and when we think about how to make our country a more perfect union, we must operate with those principles in mind.

In the face of yet another mass shooting, now is the time to acknowledge a profound but obvious truth – the Second Amendment is wrong for this country and needs to be jettisoned. We can do that through a Constitutional amendment. It’s been done before (when the Twenty-First Amendment repealed prohibition in the Eighteenth), and it must be done now. 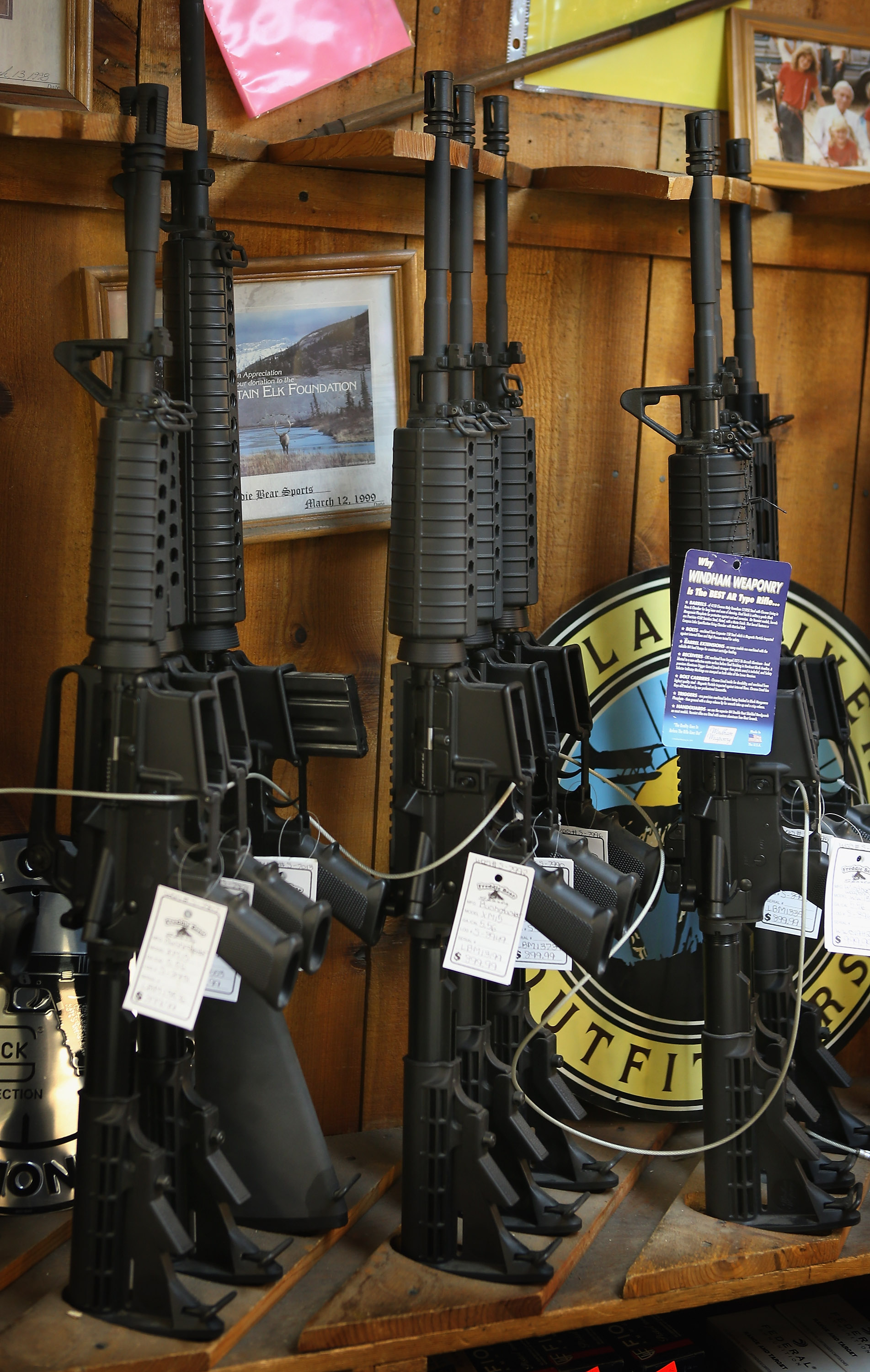 The Second Amendment needs to be repealed because it is outdated, a threat to liberty and a suicide pact. When the Second Amendment was adopted in 1791, there were no weapons remotely like the AR-15 assault rifle and many of the advances of modern weaponry were long from being invented or popularized.

Sure, the Founders knew that the world evolved and that technology changed, but the weapons of today that are easily accessible are vastly different than anything that existed in 1791. When the Second Amendment was written, the Founders didn’t have to weigh the risks of one man killing 49 and injuring 53 all by himself. Now we do, and the risk-benefit analysis of 1791 is flatly irrelevant to the risk-benefit analysis of today.

Gun-rights advocates like to make this all about liberty, insisting that their freedom to bear arms is of utmost importance and that restricting their freedom would be a violation of basic rights.

But liberty is not a one way street. It also includes the liberty to enjoy a night out with friends, loving who you want to love, dancing how you want to dance, in a club that has historically provided a refuge from the hate and fear that surrounds you. It also includes the liberty to go to and send your kids to kindergarten and first grade so that they can begin to be infused with a love of learning. It includes the liberty to go to a movie, to your religious house of worship, to college, to work, to an abortion clinic, go to a hair salon, to a community center, to the supermarket, to go anywhere and feel that you are free to do to so without having to weigh the risk of being gunned down by someone wielding a weapon that can easily kill you and countless others.

The liberty of some to own guns cannot take precedence over the liberty of everyone to live their lives free from the risk of being easily murdered. It has for too long, and we must now say no more.

Finally, if we take the gun-rights lobby at their word, the Second Amendment is a suicide pact. As they say over and over, the only way to stop a bad guy with a gun is a good guy with a gun. In other words, please the gun manufacturers by arming even the vast majority of Americans who do not own a gun.

Just think of what would have happened in the Orlando night-club Saturday night if there had been many others armed. In a crowded, dark, loud dance club, after the shooter began firing, imagine if others took out their guns and started firing back. Yes, maybe they would have killed the shooter, but how would anyone else have known what exactly was going on? How would it not have devolved into mass confusion and fear followed by a large-scale shootout without anyone knowing who was the good guy with a gun, who was the bad guy with a gun, and who was just caught in the middle? The death toll could have been much higher if more people were armed.

The gun-rights lobby’s mantra that more people need guns will lead to an obvious result — more people will be killed. We’d be walking down a road in which blood baths are a common occurrence, all because the Second Amendment allows them to be.

The Second Amendment must be repealed, and it is the essence of American democracy to say so.