James Slatic isn’t a drug dealer. The owner of Med-West Distributors in San Diego was a successful entrepreneur in California’s legalized medical marijuana industry, refining cannabis extractions and providing them to nine local dispensaries. His business was housed in a 14,000-square-foot industrial property that the company owned and which the city had inspected; he says his workers had employer-matched 401(k) retirement accounts and health insurance, and that he spent thousands of dollars to have his products tested by a city-licensed lab.

But then on the morning of January 28th, nearly 30 armored law enforcement officers from the San Diego Police Department and the Drug Enforcement Agency used a sledgehammer to break down the door of his facility, arresting his employees and impounding both the medicine destined for the licensed dispensaries and just over $325,000 in cash. The next day, law enforcement froze the personal bank accounts of Slatic, his wife (a federal government employee) and their two teenage daughters under the legal theory that all the family’s money was tainted by their father’s supposedly illegal business.

What Will President Trump Mean for Pot?

“My one daughter is a senior in high school and works at Starbucks, and the other is a freshman at San Jose State, which isn’t even near the business, and when she was here, she worked at a toy store,” Slatic says. “They even took her [money] from that.”

Nearly a year later, no member of Slatic’s family has been arrested or charged in the case, but all of their assets – along with those of the Med-West – remain frozen and are subject to civil forfeiture proceedings, meaning that the police can seize and keep or sell any property they allege is involved in a crime even, in some circumstances, if no one is charged or convicted.

Tanya Sierra, the public affairs officer for the San Diego County District Attorney’s Office, told Rolling Stone in a statement that “the primary mission of the asset forfeiture program is to enhance public safety by removing the proceeds of crime and other assets relied upon by criminals to perpetuate their criminal activity,” noting that a judge had ruled in the prosecution’s favor. 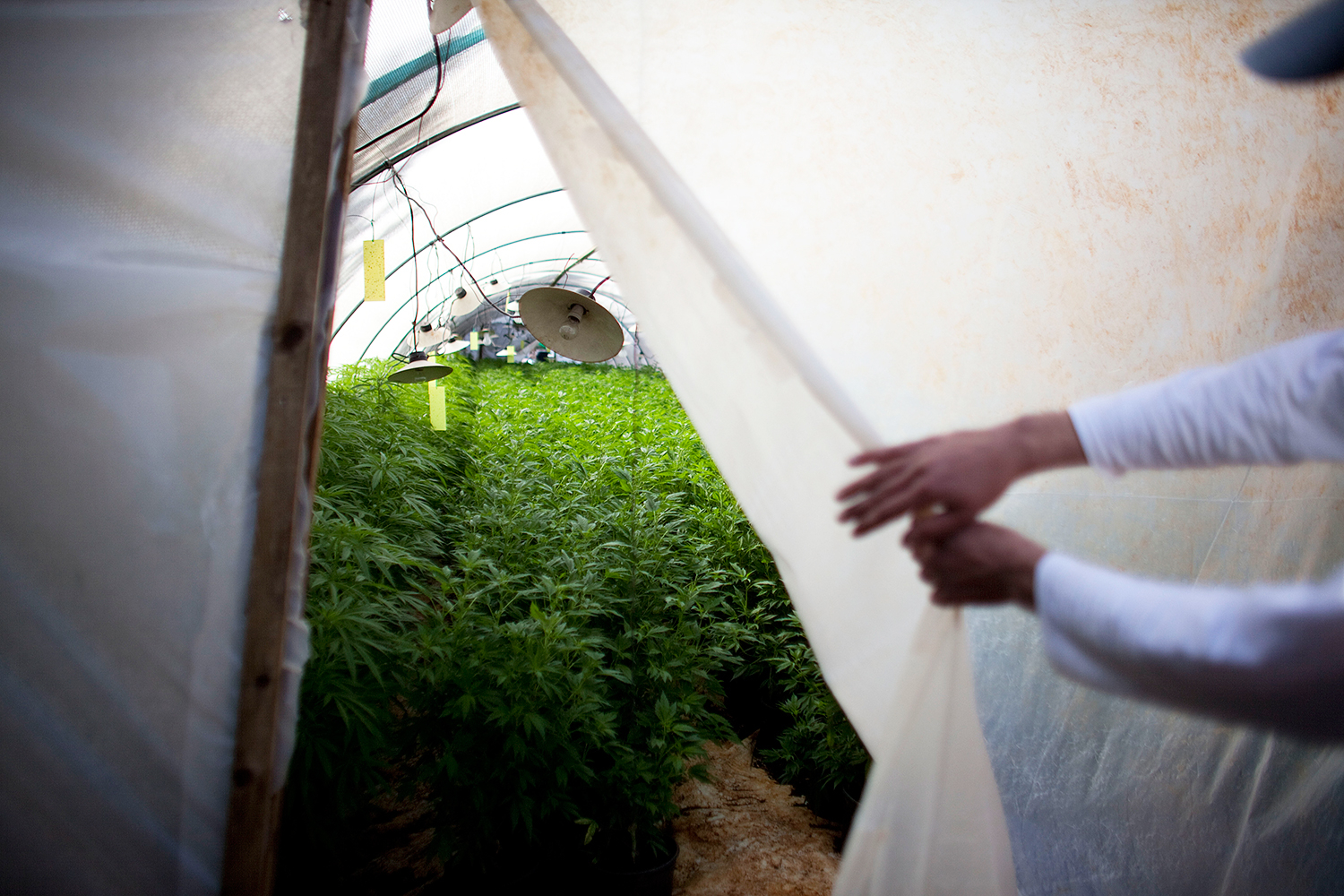 While it may seem like weed is legal in California, it has long been common for state and/or federal law enforcement to target cannabis businesses in the state with raids, even though medical marijuana has been legal for two decades. The disparity between state and federal law on marijuana access has created a legal gray area, leading to a variety of federal actions against dispensaries and producers in California, since the federal government considered California’s regulatory structure to be too lax. But that’s changing: in 2013, the Obama Administration announced that it would not target producers in states with strong regulatory frameworks; the 2014 Rohrabacher-Farr amendment prohibited federal spending on marijuana law enforcement of compliant businesses in states where it’s been legalized; and a 2015 federal court ruling in favor of California’s industry limited raids of late.

While some aspects of the industry remain firmly in the shadows – federal banking laws, for instance, still prohibit financial institutions from offering most financial services to any otherwise-legal cannabis company, which is why Med-West had $325,000 lying around – marijuana businesses have spent the past half decade steadily climbing into the light. In 2015, Governor Jerry Brown signed into law a sweeping overhaul of the state’s decades-old medical marijuana law, followed by regulations in 2016 in anticipation of full legalization, which passed in November. Those regulations, which will also apply to producers for the recreational market, go into effect in 2018. But until then, the industry is an unusual regulatory environment: there are laws governing their industry, they just haven’t yet taken effect.

“We’re in this really unique period of time right now of flux where regulations are imminent – not just iffy but imminent” says Dale Sky Jones, a marijuana policy expert and the executive chancellor of Oaksterdam University, a trade school for the cannabis industry in Oakland, California. “That means a line just got drawn for law enforcement.”

Some marijuana advocates suggest that there’s a reason to initiate law enforcement actions now, even as many businesses are jumping through hoops to be as legally compliant as possible: because federal law currently prohibits DEA participation in law enforcement actions, local law enforcement can keep whatever goods and cash they seize from marijuana businesses, if they can prove to a judge that the companies were violating current law. In California, the state can only seize assets worth less than $40,000 if someone is convicted of a crime; but assets of greater than $40,000 can be seized without a conviction if prosecutors can show “clear and convincing evidence” that the assets were involved in a crime, potentially making large scale businesses like Med-West more attractive prosecutorial targets.

Sierra, from the San Diego prosecutors office, rebutted that idea, stating that “The San Diego County District Attorney’s Office follows state law, as well as nationwide policies, procedures and guidelines set up by the Department of Justice regarding the seizure and spending of asset forfeiture funds.” 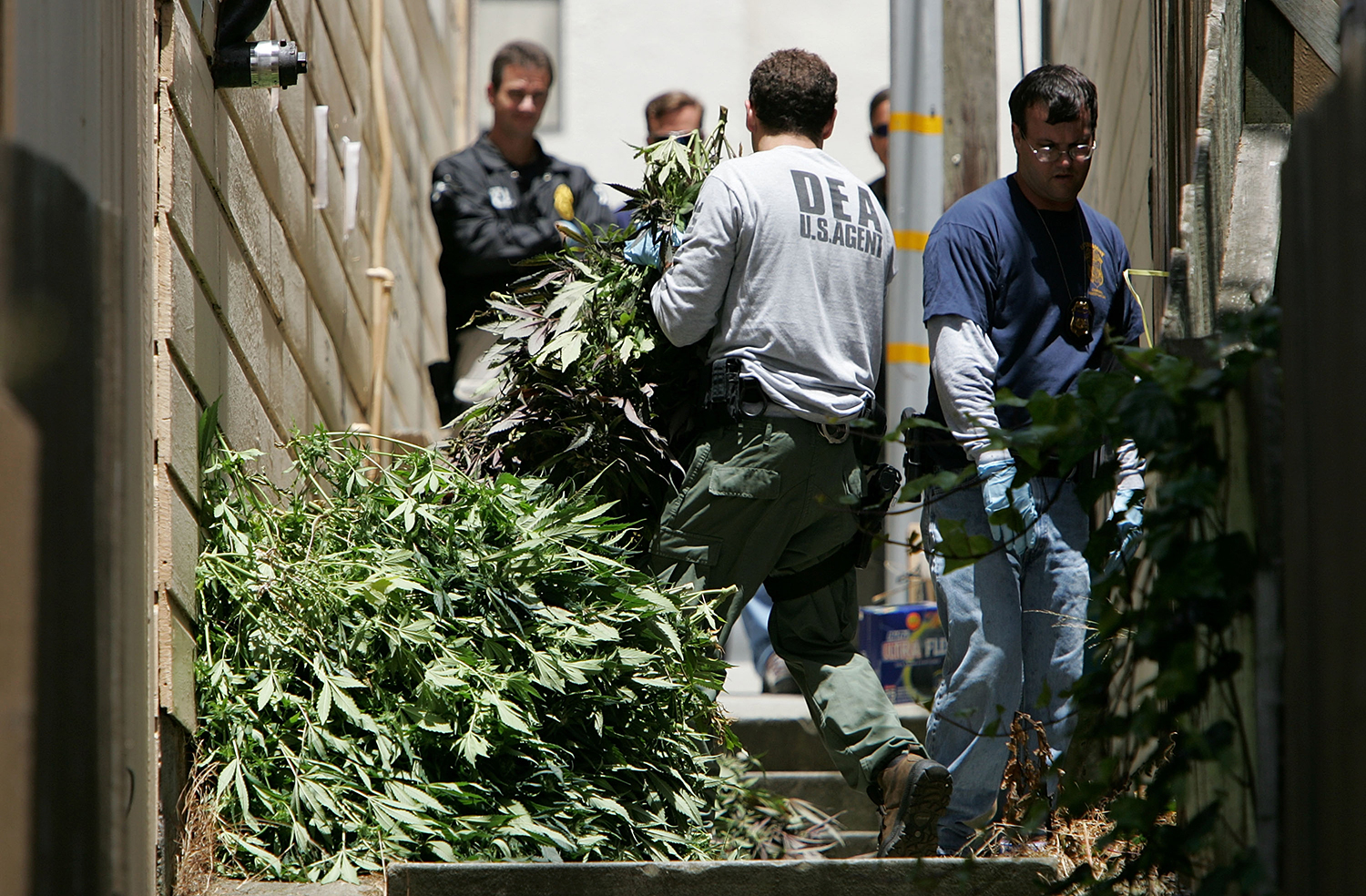 And San Diego is hardly alone. Last June, Santa Rosa, California, police initiated a raid on CannaCraft/CBD Guild, an organization of two companies that, because of the complex regulatory structure of this current period, does all the manufacturing and distribution of its extracted cannabis products as CBD Guild and uses the CannaCraft company to do its branding, marketing and government relations work. And there was a lot of government relations work to do: like Med-West, the company not only had to get the appropriate permits and zoning rights, but it also engaged with lawmakers and local law enforcement to explain its practices and its attempts to comply with the new regulations.

And, like Med-West, that didn’t do them any good when a 100 officers from a joint local-federal task force raided the facility in full body armor, arresting employees and seizing $500,000 cash, $3 million of equipment and $1.5 million worth of inventory.

“It’s an unfortunate situation that happened that hurt some of our employees and our patients, who weren’t able to access their medications for a while” explains Nick Caston, the vice president of government affairs at CBD Guild. “But we’re in a unique situation as a company, in that we are now back up and running after being raided, after working with local law enforcement and government officials in our area.” (Lieutenant Mike Lazzarini of the Santa Rosa Police Department confirmed that the investigation in ongoing, and that no determination had been made whether to charge anyone in the case or initiate civil forfeiture proceedings. In response to critics of such raids, he says, “We did not in that case or have we ever conducted enforcement actions for the sole intent of seizing assets. We do not do that.”)

After the raids, the California legislature passed Assembly Bill 2679, which established that law enforcement agencies could not target producers like CBD Guild or Med-West that both had local permits and were in compliance with the basics of what the state regulation would require. CannaCraft/CBD Guild credits the new law with helping them reopen their facility.

But, Caston adds, the company’s money and equipment has not yet been returned. “They have not initiated forfeiture proceedings, but they’re still holding it right now,” he says. “We haven’t filed a motion to have it returned because we want to come to a place where we’re all on the same page.”

Neither law enforcement agency, though, has closed the cases against the producers. And while CannaCraft/CBD Guild is back in business, Med-West remains shuttered – and the local law enforcement agency remains in possession of all of Slatic’s family’s financial assets, as well as those of the company, and is pursuing legal avenues to keep them.

Slatic, who says his entire family may lose every dime they had in their individual bank accounts despite never having worked for his company, is devastated at the effects on his family. “They never worked at the business” he says. “I’m not sure they’ve ever been there – maybe once, my wife brought me lunch?”

The Slatic family is being represented by the nonprofit firm Institute for Justice, which has been representing clients in civil forfeiture procedures for years. “No one’s been charged with a crime – not James, not his wife, not his daughters and not anyone involved in the business,” says his lawyer, Wesley Hottot. But, he explains, law enforcement in San Diego has initiated civil forfeiture procedures to retain the $150,000 in assets it took from the family. “The government should not be able to take everything a family owns based on one police officer’s suspicion that one family member committed a crime,” he says.

The San Diego prosecutor’s office counters that their proceedings are entirely legal. “A neutral judge found probable cause that Mr. Slatic’s wife’s and his daughters’ assets are all tainted by criminal conduct,” says

Slatic’s business, Med-West, is represented in both the criminal and civil forfeiture procedures by San Diego criminal defense lawyer Jessica McElfresh, who specializes in medical marijuana defense work. She says that her interactions with the San Diego prosecutor have been somewhat frustrating: “We have discussed [the new law] and the passage of the bill with the DA’s office in San Diego. They’re still considering it.” But, she says, “They seem to still think that there’s something worth pursuing.

“It’s kind of a heartbreaker,” she adds. “He worked incredibly hard to comply with a complicated, evolving law.”

Hottot agrees. “James operated his business legally for years, he was doing so publicly, he was paying taxes, and now the DA is attempting to ruin him and his family financially even though he was following the law.”

“This is not about crime-fighting,” he says. “This is about policing for profit.”