Billboards herald it. Friends reserved “Galentine’s Day” for it. Your mom’s 80-year-old friend read the book and is dying to see it (true story). But for those who have somehow remained uninitiated about the phenomenon that is Fifty Shades of Grey: This is a movie about a woman whose boyfriend abhors cuddling and only wants rough sex that involves riding crops. It’s based on E.L. James’s 2011 book of the same name, which began as fan fiction in homage to another book (Twilight), which is about a teenage girl whose boyfriend only wants to cuddle because if they had sex, it would be so rough that he’d kill her. Got it? We weren’t sure that we did, so we decided to watch the film with an expert in BDSM — an acronym that loosely stands for bondage, discipline, domination, submission, sadism and masochism — and get her thoughts on the relationship between billionaire Christian Grey and clumsy college student Anastasia Steele.

She also thought Christian should have been played by a young Orson Welles type instead of The Fall‘s Jamie Dornan, but her problems with the movie don’t end there. Picardo unpacked Fifty Shades for us afterwards over several glasses of Prosecco. Here’s the blow by blow, so to speak:

Christian asks Ana to sign a non-disclosure agreement, and also draws up a contract that explicitly states what is expected of her sexually, and the terms and conditions of their relationship.
The idea of having a contract to negotiate these things is not weird. While I haven’t done it, and I’ve never felt the need to do it in my personal life, other people do. You can download them. They don’t hold up, really, because they’re more for the two people embarking on the relationship than they are for any other purpose. But an NDA? I understand it’s because he’s supposed to be famous, but that’s a red flag. It feels a little Bill Cosby-ish. And she never questions it.

The contract also controls Ana’s behavior outside the bedroom, including how much she eats, sleeps and exercises.
That didn’t ring false. It didn’t necessarily ring true, either. But I do like when she gets a little bit of teeth to question his prescriptions. When she pushes back — that rang true. Most of the really good tops don’t want to top someone who’s an idiot. They don’t want to top someone who doesn’t have agency. The whole point is that the submissive gives up that agency at certain times, or all the time, depending on how you negotiate it.

The Red Room of Pain, in Ana’s words, is actually called a playroom, and there is a lot of equipment in it.
Playroom, dungeon — those are normal terms. There’s a lot of euphemism, and it’s almost always couched as play or scenes or in other theatrical terminology. It looked like they got high-quality hemp rope, because it was that rusty color that happens with hand-dyed hemp. Hemp rope doesn’t stretch, and you want rope that holds its shape, that won’t break, but that doesn’t abrade the skin. I’m shitty at bondage — there’s a part of my movie about being shitty at bondage — but I can recognize good rope when I see it. The acrylic stuff you get from the hardware store can seem softer but it unravels quickly. That said, the ties they did on her wrist seemed very slippery, like if he pulled hard they would tighten — which you don’t want. 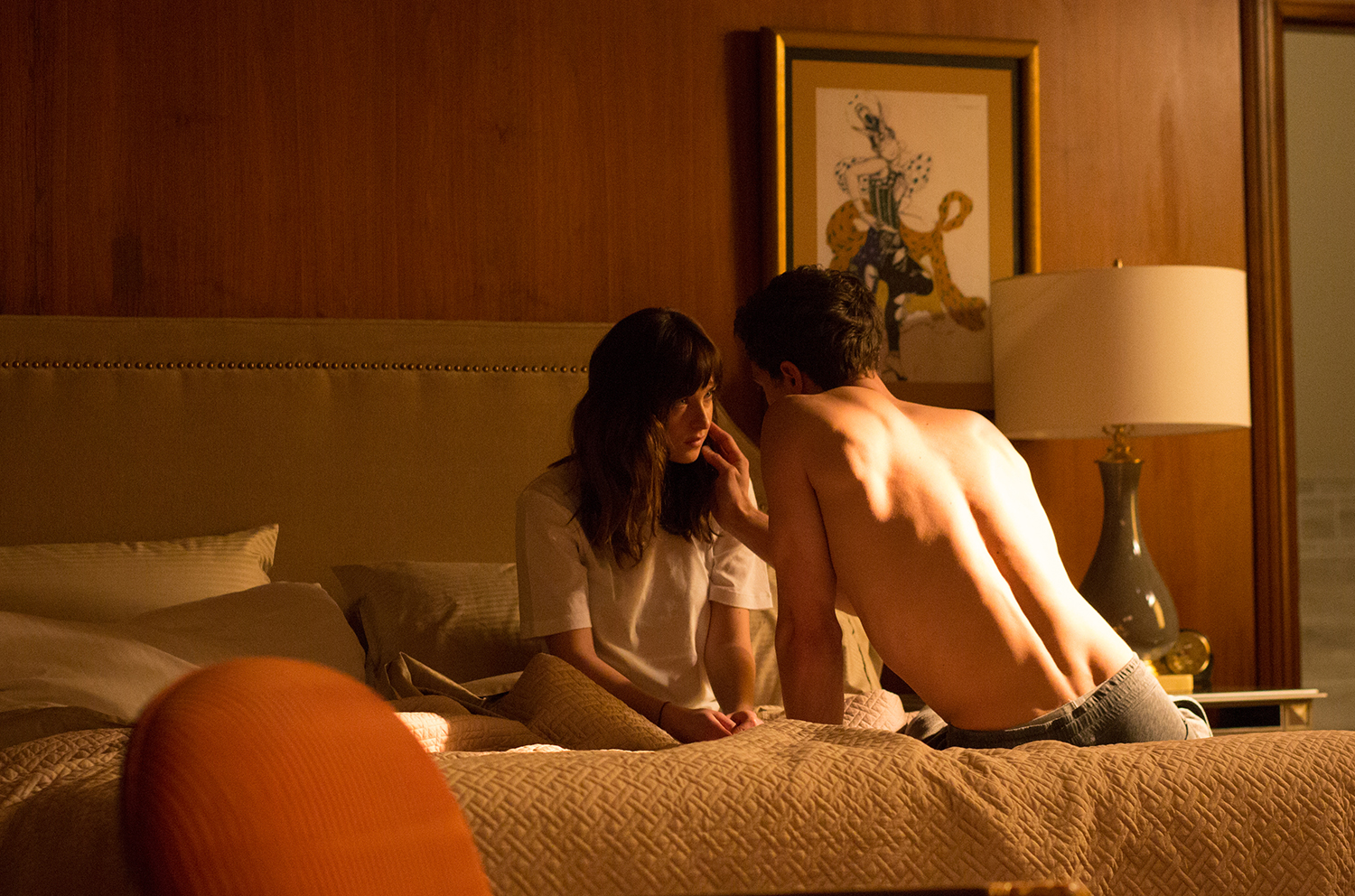 They have a lot of sex, he spanks her a few times, and frequently ties her hands above her head.
Check the end credits: They had more people doing craft services and catering than consulting on BDSM. In the movie, he’s not psyched about the fact that she’s not into it. See, if you have a situation where you’re kinky, you would keep looking for someone who’s kinky — not somebody who’s constantly torturing themselves with why, why, why, why, why. The goal for a submissive is to enter something called “subspace” where your trust in what goes on — I compare it to drunkenness without the nausea. And for a second you have it, like when he’s carrying her to her room [after a sex-scene montage] and she looks like she’s been hit with a tranquilizer dart. That’s subspace.

It’s a sign that [actress Dakota Johnson] did her research, more than Jamie what’s-his-nuts. His research pissed a lot of people off. He went to like a club and was like, “Before I held my wife and kids, I had to wash my hands.” It made it sound like he was very turned off and that’s obvious. He’s not behaving in a way that makes me think he’s enjoying anything.

There aren’t really any O-faces.
Why would a female director not let her female character come on screen?!? That makes me angry. Why cut off the orgasms, which are, like, dwelled upon in the book? The don’t even focus on their faces. They had three different editors, and I kinda wonder whether one picked up where another left off, because some scenes are very hot and others were like: I’m supposed to care about that?

The director screwed up by taking out the part of the sex that did excite Ana, and instead leaving in a few minutes of sterile, subclinical kinky sex. He gets what he wants and she gets what she can tolerate. American audiences are, sadly, used to that. If it is indeed the ratings system that leaves a woman’s explicit sexual pleasure on the cutting room floor — but will emphasize a scene of pain devoid of pleasure, sexual or otherwise — that’s a fucking problem.

Later, Christian strikes Ana, hard, on her butt with a belt while she counts out six lashes.
This is one of the only scenes where I feel like she’s behaving like someone who’s being put in the victim position, and it could so easily have been avoided. She’s not moving. She’s crying. She looks like someone who’s thinking, “I’ll just get through this and then everything will be OK and I will be safe again.” Granted, on the submissive side, there often can be a little pushing of your own boundaries. There is a question of: Is this too much for me right now? But when you’re actually kinky there’s no conflict about whether you’re enjoying it, ultimately. 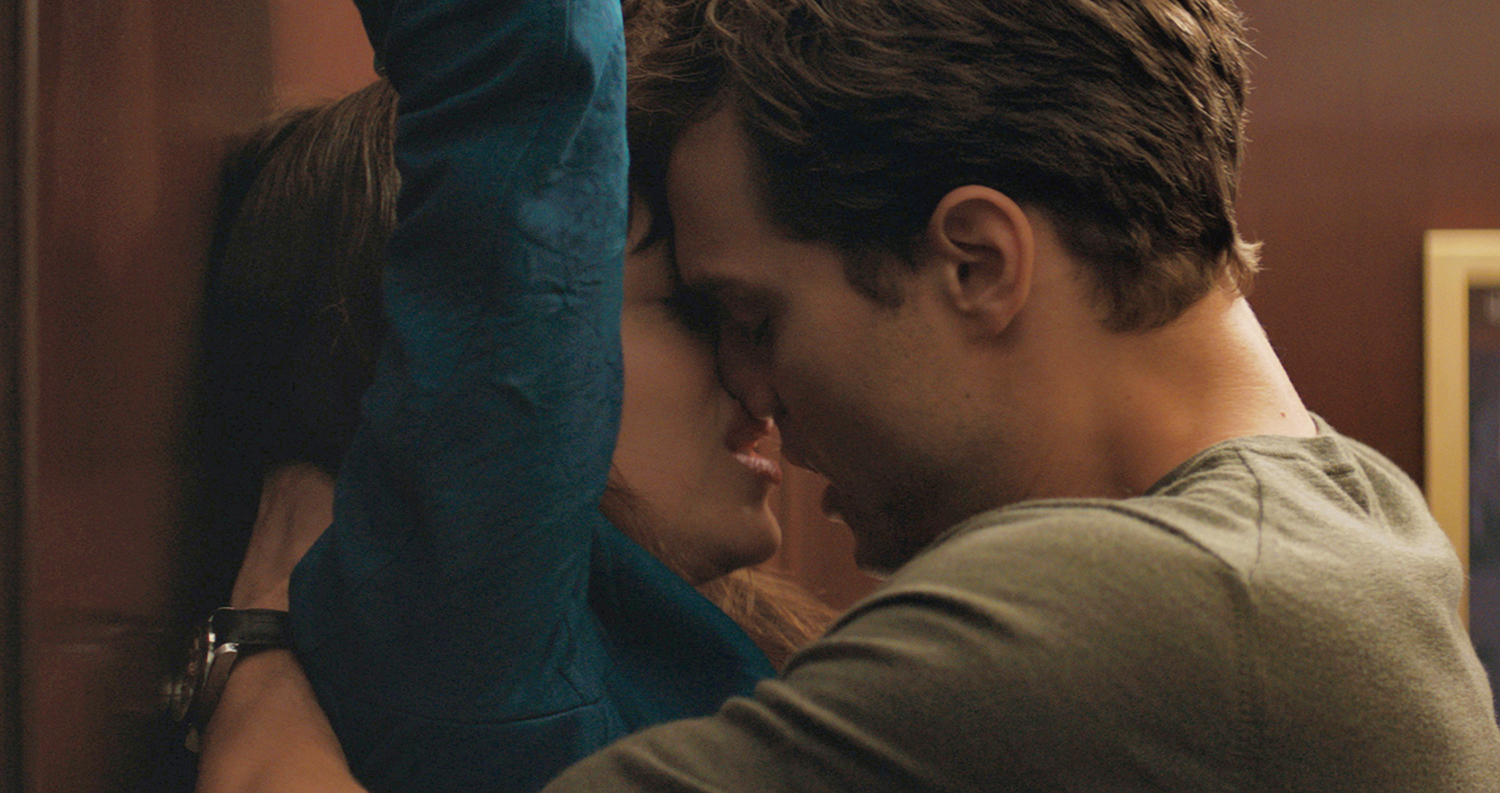 Christian is, in his own words, “50 shades of fucked up.”
I think I set off a contagious laugh when he said that. Sometimes the actors had to deliver a line so ridiculous that I could really see them thinking, “We have to say this now.” I do question the need to have this intense origin story that suggest people have to be fucked up in order to [engage in BDSM]. I find that even in the best of representations of BDSM, it’s very common for there to be an origin story. For me, there wasn’t one. I started dating this guy when I was 15 or 16 and very naturally we oriented our way into doing corporal punishment and spanking and stuff. Neither of us had any reason to say, “Oh, this reminds me of some misery from my childhood.” I’m not going to pretend to speak for everybody in that respect. There can be people whose reason for being into this is because something bad happened, and this is their catharsis. But kinky people get mad about representations like this because it’s usually created by people who either aren’t kinky or who are afraid of their kinkiness. It gets really judgmental.

Which origin story bugs you: His “crack whore” mom or the submissive relationship he had as a teenager with his adoptive mom’s older friend?
Well, both…but we don’t know much about the crack whore yet. While the legality of a Mrs. Robinson situation is fucked up, you’d be surprised at how many guys I’ve known who’ve had that happen. When he talked about how freeing it felt to submit, that rang true. I just hate that it had to be couched in the idea of a much older woman and a 15-year-old boy.

I’m not the type whose going to say that aspect is problematic, mostly because I think the word “problematic” is starting to become like the word “interesting.” It says something without saying anything at all. People are rightfully angry about issues of consent and abuse and stalking. But I personally don’t come at it from that perspective. There are pockets, tiny little nuggets of truth in relationships, tucked into all this muck. And for the most part, the muck is the fantasy part of it — the “show up at my parents’ place and whisk me away” kind of scenario. Not any one thing is going to get everything right. I believe in encouraging people to take that leap without having to fear everybody jumping down their throat.