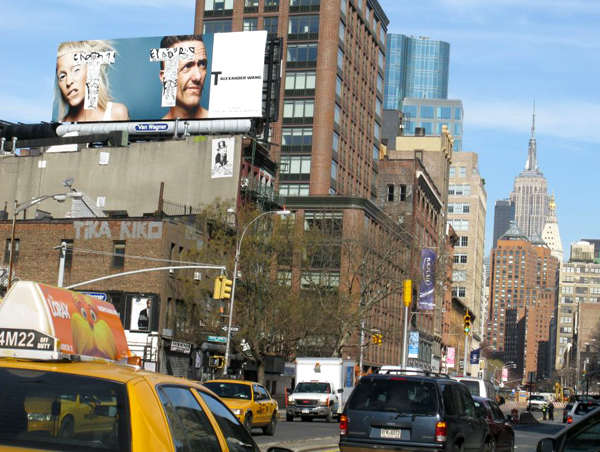 Alexander Wang’s Spring 2012 collection turned fashion into something more than a spectator sport by bringing illusions of agility and performance right onto the runway, and onto the aerodynamic clothing itself.

And the designer’s recently unveiled video campaign for his ready-to-wear collection followed through with the athletic vibe, setting model Liya Kebede in a fantasy car race, with fashionable new rapper Azealia Banks’ “212” soundtracking the excitement.

Wang’s secondary line, T by Alexander Wang, boasts a similarly sporty musical treatment, courtesy of South African hip-hop act Die Antwoord, who star in both the video and print ads. The video, which doubles as a promo clip for “Fatty Boom Boom” from the group’s new album, Ten$ion, will showcase on MTV’s 120 Minutes later this month.

“I am part of a generation that grew up with MTV, and obviously with music, and having it all work together made it a really fun project,” Wang said.