Each year we publish tens of thousands of stories, covering music news and trends, political analysis, how culture is constantly shifting, and critical takes on our entertainment landscape. So we realize some may get lost in the shuffle — especially in a year when it seemed we were consuming more media than ever before as we tried to make sense of the world in which we live.

And there are always interviews, investigative features, and provocative storytelling that deserves to be revisited. Our most-read story of the year was an essay by anthropologist Wade Davis, titled “The Unraveling of America,” which ricocheted around the internet and was shared far and wide on social media and debated for months during the global Covid-19 quarantine measures.

Below, we offer a selection of some of our most-read and thought-provoking longform features from 2020, a year that felt like it might never end. 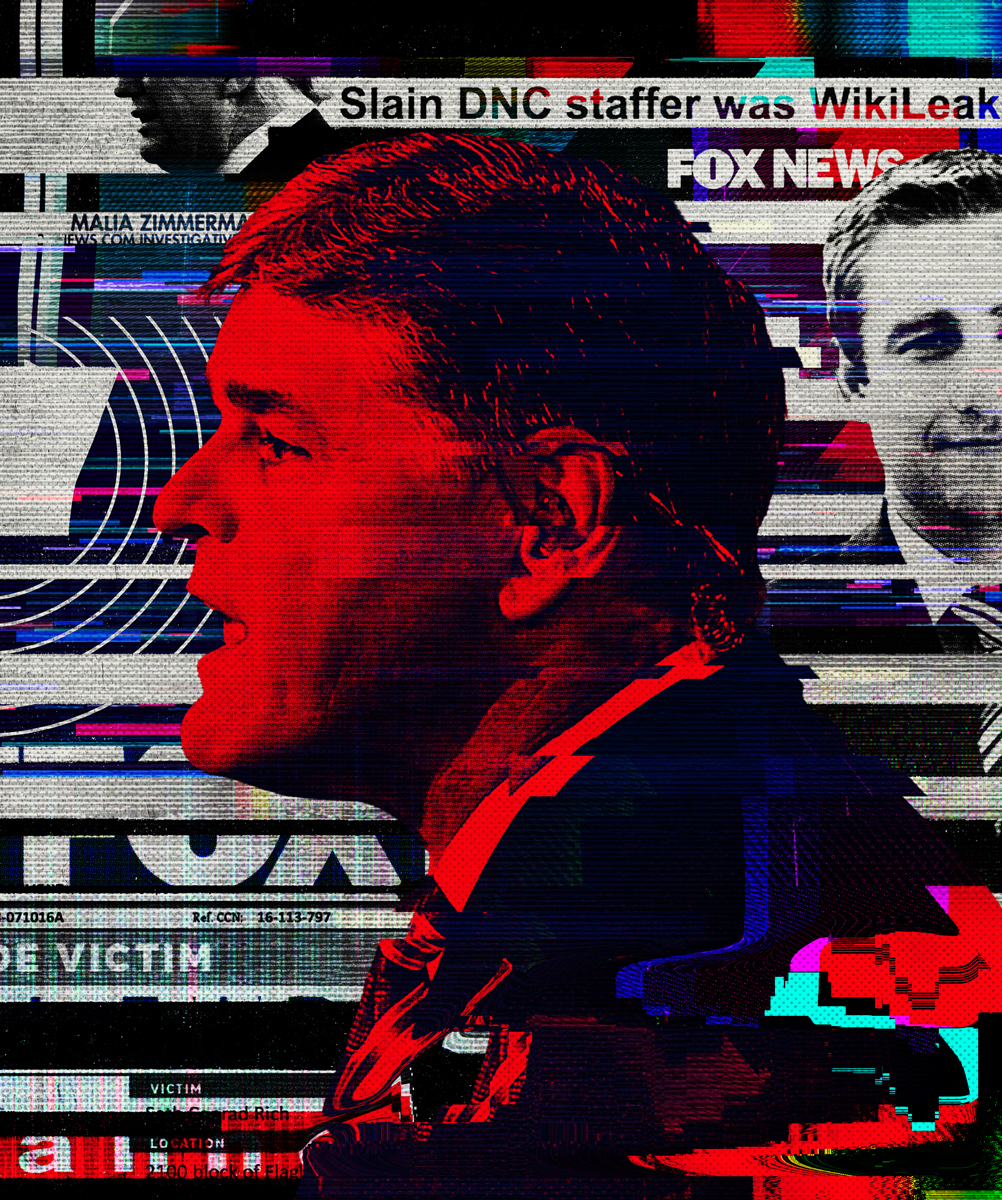 Oil-and-gas wells produce nearly a trillion gallons of toxic waste a year. An investigation shows how it could be making workers sick and contaminating communities across America

The murder of Seth Rich was a family tragedy. Fox News helped make it a national spectacle that has haunted his loved ones for years

The Unraveling of America

How Covid-19 signals the end of the American era

Rudy Giuliani was once a national hero who refused to let Donald Trump buy him breakfast. How did he become who he is today?

The President and the Plague

How Donald Trump failed at the single most important task of the Oval Office: keeping the American people safe from harm

Matt Gaetz Is Having a Bad Hair Day

The 37-year-old Florida representative and MAGA mouthpiece has used an aggressive media strategy to become one of the most high-profile Republicans in Congress. But at what cost?

One of Africa’s biggest music stars hopes his country’s young, impoverished masses can make him their next leader. But can he survive until Election Day?

Why Policing Is Broken

Alexandria Ocasio-Cortez on How to Build a Green New Deal

In Alamance County, North Carolina, the nation’s future and past collide — often in terrifying fashion

The Blackwater founder wants to bring back his company’s glory days — and he’s campaigning for Donald Trump’s help to do it. But he’s haunted by past failures and is facing questions about a mercenary fiasco in Libya 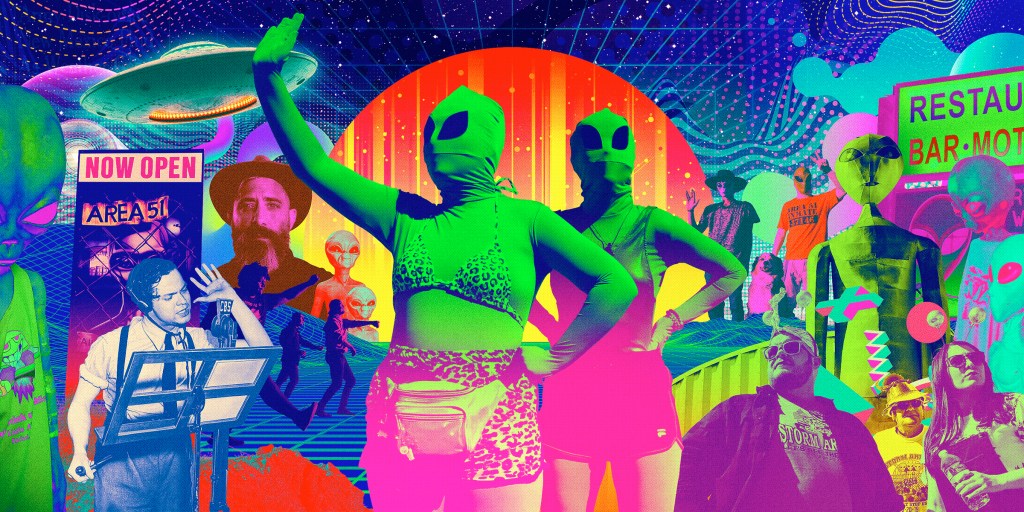 How UFO culture took over America

Pleas of Insanity: The Mysterious Case of Anthony Montwheeler

In the wake of a vicious murder, the state of Oregon wrestles with what went wrong in its mental health system

The Price of Isolation

The Power of Black Lives Matter

From movie shoots to industry conventions to sex-positive campus events, women who encountered the adult-film star have come forward alleging he used his schlubby image as a cover for harassment and assault

Children of the Climate Crisis

Rising Tides, Troubled Waters: The Future of Our Ocean

The ocean is undergoing unprecedented changes. What does it mean for marine life, the planet, and us?

Sex, Drugs, and the Glory Days of NYC Nightlife: Peter Gatien Looks Back

Sin and Scandal at Liberty University

Jerry Falwell, Jr. turned a struggling Christian school into a billion-dollar enterprise and became Donald Trump’s evangelical wingman — until his demons caught up with him

Inside the Bright Life of a Murdered Hollywood Sex Therapist

Amie Harwick was found strangled and thrown out of her own window on Valentine’s Day. When her abusive ex was arrested, advocates were horrified: Could her death have been prevented?

How Climate Change Is Ushering in a New Pandemic Era

A warming world is expanding the range of deadly diseases and risking an explosion of new zoonotic pathogens from the likes of bats, mosquitoes, and ticks

Inside the Race to End the Pandemic

Researchers at the University of Maryland School of Medicine put their lives on hold to create a Covid-19 vaccine — and with the weight of the world on their shoulders, there’s no end in sight

A History of Violence: Why I Loved Cop Shows, and Why They Must Change

I broke into television criticism because of my love for a show about a racist, sexist, alcoholic cop who used the N-word and beat confessions out of suspects. I’ve been thinking about that a lot over the past few months.

The Untouchables: An Investigation Into the Violence of the Chicago Police

Why does the department protect its most dangerous cops while retaliating against officers who tell the truth?

A black mother of five died at an all-white party in Georgia. It might have been a complete accident. But because of a compromised investigation, we may never know

Will Furries Ever Go Mainstream?

At Midwest FurFest, people donning human-size animal costumes came together for an inclusive, uplifting convention. But will their community ever be widely accepted? And is that even what they want?

Why did three American ex-Special Forces soldiers try to overthrow the Venezuelan government? 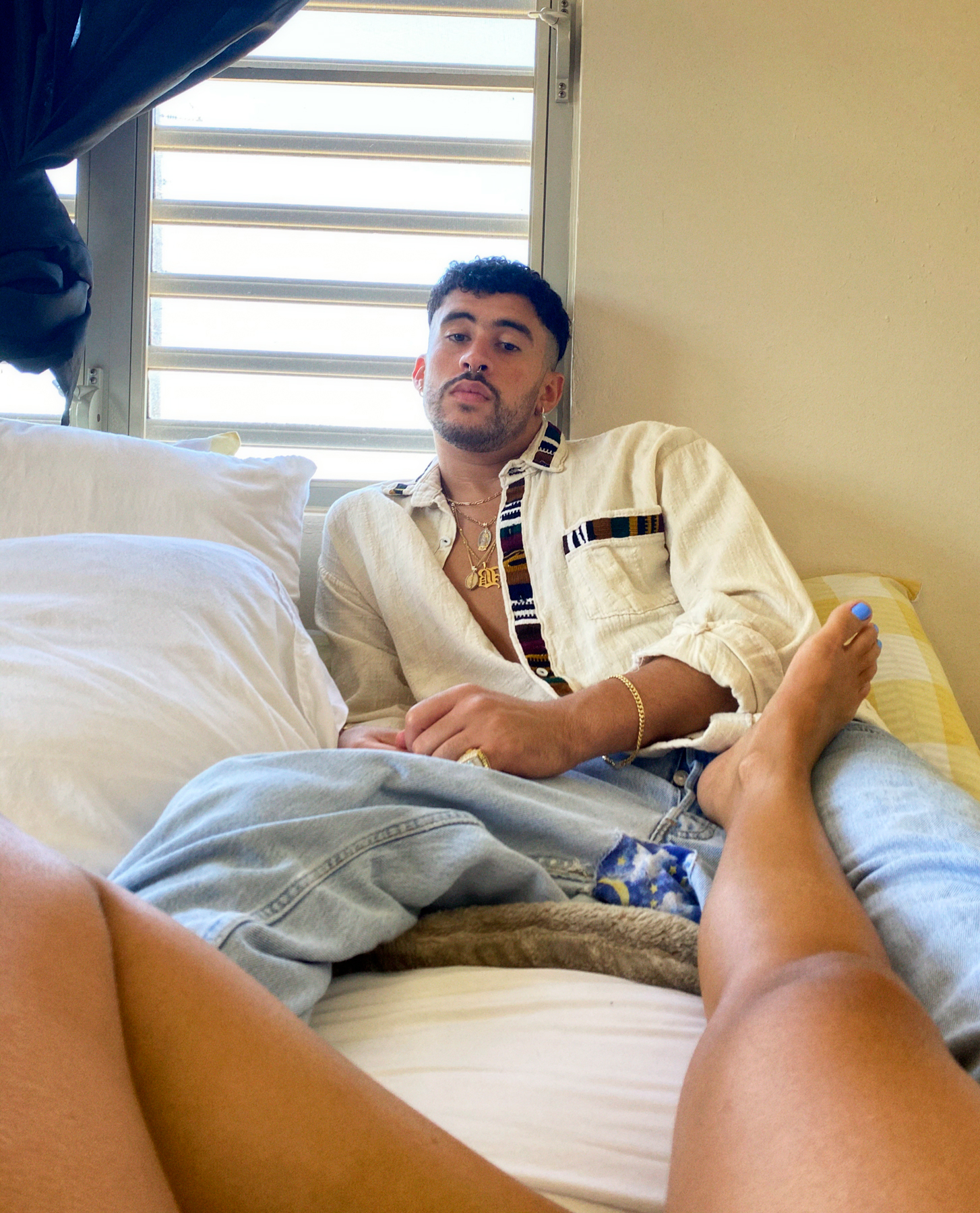 The Joy of Lizzo

She has become a new kind of pop superstar, full of relentless positivity. But it took a long time and a lot of heartache

The Rebirth of SZA

She transformed R&B with her honesty and warmth. Fans are desperate for new music — but first, she’s working on herself

From Big Pink to Whitney’s Dream House: Here’s What It’s Like to Live in a Pop Star’s Former Home

Bob Dylan, Whitney Houston, the Grateful Dead, and Patti Smith all made these places famous. Meet the residents who inherited the homes’ legacies — and sometimes find fans picnicking on their lawn

How does a Latin-pop superstar spend lockdown? Hanging out with his girlfriend, watching ‘Toy Story’ and surprising the world

Grimes: Live From the Future

The real life and fantastic visions of a digital warrior

The Remarkable Rise of Lil Baby

Four years ago, Atlanta’s Dominique Jones got out of prison and learned to rap. Now, he’s a superstar who’s streaming in the billions and helping to shape a new vision for America

The Week the Music Stopped

In March, Covid-19 wiped concerts and festivals off the calendar — and that was just the beginning. Inside music’s unprecedented crisis

Among the 2,500 text messages obtained by Rolling Stone, several suggest a link between airplay and record label payments

From the moment Little Richard shouted “A wop bop a loo bop a wop bam boom!” in 1955, the world was never the same. His life was full of painful internal conflict, but no one better defined the freedom and raw energy of rock & roll

John Prine: The Last Days and Beautiful Life of an American Original

His wife, Fiona, son Jody, and others remember a big-hearted genius who championed new artists and made the most of the small things in life

And in the End: The Beatles’ Breakup and Why Their Music Matters 50 Years Later

Fifty years ago, the Beatles went through rock’s most famous breakup. Inside the heartbreak, the brotherhood, and why the music still matters

Linda Martell was the first black female solo artist to play the Grand Ole Opry, but her promising country career was plagued by racism and ended almost as quickly as it began. Fifty years after her only album, she’s speaking out

Melody and Mischief: How Adam Schlesinger Built a Career Like No Other Songwriter

From Fountains of Wayne to ‘Crazy Ex-Girlfriend,’ Adam Schlesinger, who died of coronavirus complications at 52, wrote songs with wry humor and lots of heart

Laughter, Tears, and Harmony: How Phoebe Bridgers Made ‘Punisher’

‘Freedom-Loving People’: Behind the Scenes at That Controversial Smash Mouth Show in South Dakota

The Sturgis Motorcycle Rally will likely draw hundreds of thousands to the Black Hills, and one campground/venue is hosting bands like Smash Mouth, Lit, the Guess Who, and more

Eddie Van Halen reinvented the electric guitar by the age of 22 — and that was just the beginning. Here’s the full story of a rock legend

For Music’s Crew Workers, 2020 Has Been Devastating

By Samantha Hissong and David Browne

These road warriors were planning on a huge year. Seven months into the pandemic, they’re struggling to get by, dealing with crippling mental health issues, and contemplating new careers

Fighting to Be Heard: The Story of the Black Country Music Association

Heavy Metal, Year One: The Inside Story of Black Sabbath’s Groundbreaking Debut

Half a century since Ozzy Osbourne first bellowed, “What is this that stands before me?” the band and their collaborators look back on the album that kick-started a worldwide movement

Bless the Rains: Inside Toto’s Slow Fall and Surprise Resurrection

‘He Made the World Bigger’: Inside John Zorn’s Jazz-Metal Multiverse

For more than 30 years, the maverick composer has been splicing genres and unifying disparate scenes. Zorn and collaborators from Mike Patton to Bill Frisell reflect on why music has never been the same

Against All Odds, Live Concerts Are Coming Back This Fall

Nashville’s Opry House and Ryman, and a handful of other U.S. live-music venues, are opening their doors. From limited-capacity clubs to outdoor farm shows, this is how concerts will look

How Bruce Springsteen confronted death, saw Clarence in his dreams, and knocked out a raw and rocking new album with the world’s greatest bar band

Toots Hibbert is one of the pioneers of reggae — and wrote many of its classic hits. After a devastating injury, the man they call Fireball is back to reclaim his throne

‘Hollaback Girl’ With Metal Guitars’: Sleigh Bells Look Back on ‘Treats’ at 10

A decade on from their heady ascent through the blogosphere, Alexis Krauss and Derek Miller discuss the origins of their signature aggro-pop sound, getting co-signed by Beyoncé, and what their debut means to them now

The epic journey of the Doobie Brothers, from Seventies biker bars to the Rock and Roll Hall of Fame