You can measure cultural change via the straw men we use to complain about it. The Eighties and Nineties whaaaaat is the deeaaaal with airline food disappeared along with the food and evolved into everyone having some schtick about taking their shoes off in the security line or seeing their MacBook crushed by a reclining seat. Aiming for the fattest targets, the complaints always miss the right ones, veering hackily away from the real enemy. You can see the same thing at work with Thanksgiving.

You don’t even need to attend Thanksgiving to do it. The think piece economy evolves in much the same way, albeit with an affected ironic distance from the anima that drives normal human interest. Wrapped around pop culture like a lamprey, it lacks that creature’s silent dignity and postures as an independent being, in spite of where all the blood comes from. Thanksgiving, a wonderful secular food ritual, thus provides endless nourishment for supercilious whining, preying on new straw men as the circumstances change.

Daily Fantasy: You're Screwed, Because You're Supposed to Be

For much of the 2000s, you could enjoy a kind of generalized complaint about how much “Thanksgiving sucks,” which was hackneyed the moment it began. I went over this years ago, but this mostly took the form of assignment-padding pieces, penned 30 minutes before vacation time, saying “Why Having to Use a Rental Car and Go to a Suburb of 80,000 People to Eat 12 Pounds of Food With My Mom Is Basically a Trail of Tears.” Family, friends, food, free laundry. Spare us all.

The underlying tone was a great derisive snorting about the provincialism to which the writer was about to be subject. It conveyed the sense that the worst part of Thanksgiving was being forced to return to the thing that had been escaped and that could in no way define the writer, who was now a being from a brighter place. Going home was a retrograde process, some ignoble devolution that inevitably occasions departing the glittering New York-D.C. axis, which only spent 2002-2008 breaking the entire world.

But beating up hicks and yahoos and white trash — translation: poor people — eating starchy and inexpensive staple food is sort of a bad look in a think piece economy increasingly driven by identity politics and the latest Upworthy-styled headline about changing the conversation. That kind of punching down only problematizes the discourse when you’re humping the latest “[Celebrities/Behaviors/Tweets] Are Problematic” pitch. So the straw man has been refined from the more troublingly inclusive venue of suburbs, places with cars, ranch houses, lots of food, big TVs and football to the universal Racist Uncle.

Leaving aside how problematically ageist and sexist it is that the conversation does not address racist aunts or even racist nieces and nephews, the word racist does all the work for the concept. One you add the racist part, other circumstances don’t matter, so we can plow headlong through some performative thrashing of claims and counterclaims that the writers Googled before Uber arrived to take them to LaGuardia, whereupon they would be herded into a flying prison tube bound for… I dunno, Indianapolis.

That these pieces are really little more than “Here Is the Last Week in Trump/Carson/Cruz/Whatever News Repackaged as Quips for Your Trip Home” isn’t exactly subtle, but they also rely on a lot of magical thinking and a fantastical vision of family life that verges on the mortally depressing. For instance:

First, there’s the idea that the reader willing to risk chilling an entire family meal by picking a fight with someone who presumably had enough authority or group approval to need to be fought with would somehow be willing to pick that fight armed with no more than a five-point bulleted list. This is the insufferable 2015 version of the nerd who gets sand kicked in his face by the big bully, and these truly exhaustive “Ben Carson Can’t Figure Out If Someone’s a Muslim by the Shape of Their Face and Here’s Why” explainers are the Charles Atlas bodybuilding kits.

To even get to that point, we have to assume we live in a world where the racist uncle is somehow novelty enough that other family members aren’t just going to roll their eyes with the reader and wait out the 180 seconds of uninformed tirade before changing the subject. Or that a reader intelligent enough to care about these sorts of things isn’t adept enough to make innocent-sounding deadpan or sly remarks to undermine an idiot relative without provoking a full-on argument and release the pressure that way. Basically, we have to assume that the reader is not only a person with zero social skills but also that any problems arising from a social occasion like Thanksgiving are always anyone but the reader’s fault.

And then if that argument does come, we must assume that the aforementioned racist uncle is two or three one-liners away from exclaiming, “Objective data. Now that I’ve heard that, I will stop being racist! This is the last unpleasant discussion we will ever have on this subject.” Before, the argument guides were like those self-defense guides that rely on 30 choreographed moves to get to the point where you disarm the hijacker of his M-16 and break his arm using the airplane seat. It’s become religious text, and the enlightened nephew has made the uncle peaceful in his heart just by reciting some statistics. This is Saul of Tarsus as told by Aaron Sorkin. 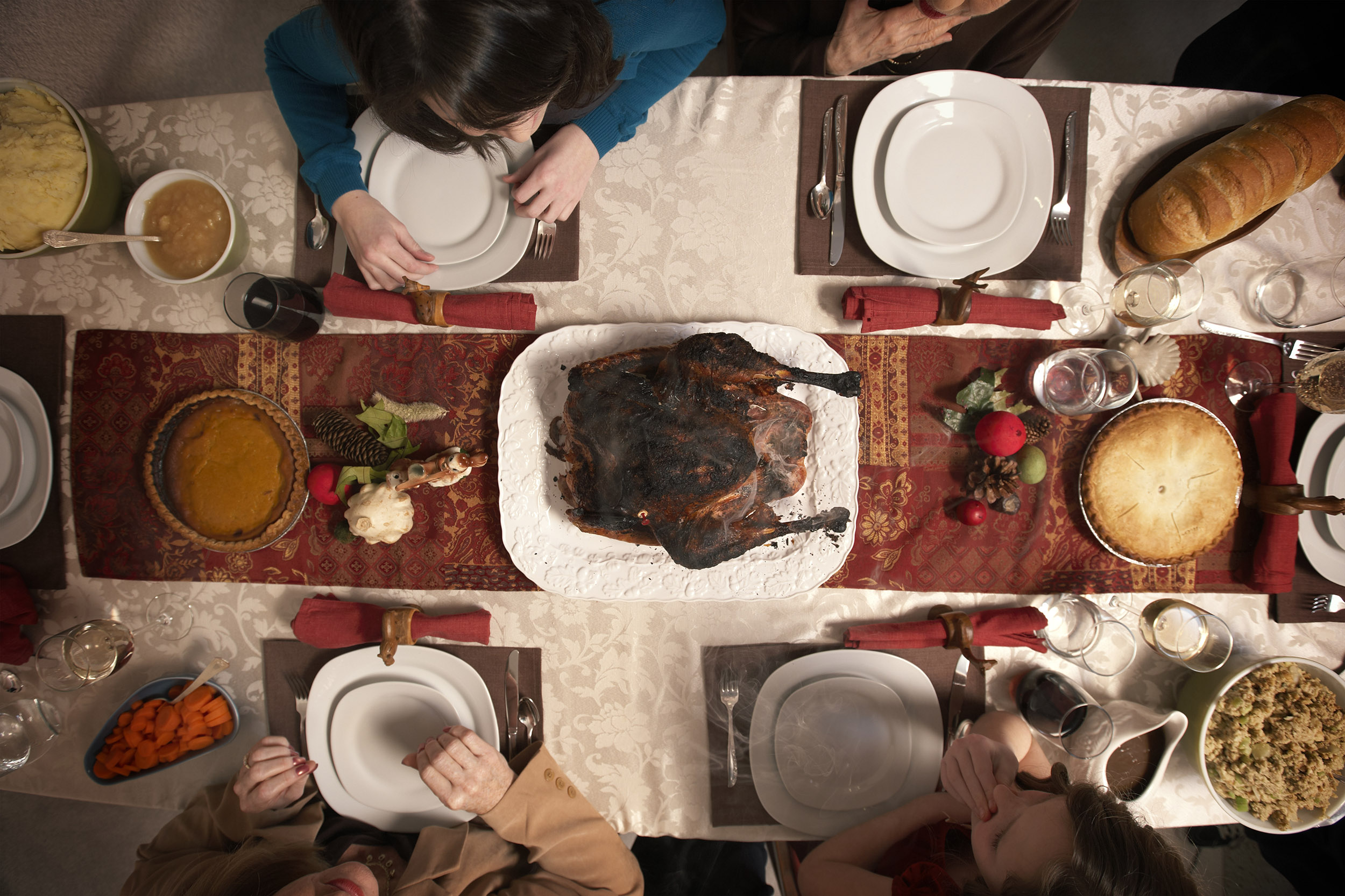 And all this supposes that this dinner table conversation takes place in a vacuum of animus, where some bozo’s parroting of Rush Limbaugh is the direst of provocations, rather than: emotionally undermining parents, manipulative or gossipy relatives, disdain for one’s profession or bad sports/pop-culture opinions pushed to the Nth degree. In fact, for conversations that almost always take place in a place as ass-backward as, say, a stereotype version of Florida, nobody manages to account for the fact that it’s a lot harder to start a fight by calling someone a “rape apologist” than it is by saying, “Jameis Winston is a rapist, and FSU fucking sucks.”

The final conceit is that we are all so beggared of spirit that we can’t react with pity for a family member and ostensible loved one and find ways to address the issue without making it a SHOWDOWN, and that this is the big political win we can have on a day when everyone is mostly gorging themselves.

The most common fallacy among policy arguments is that we can’t have one discussion while another problem rages. (You could see Chris Christie pull this at a Republican debate, claiming that regulating the rigged game of daily fantasy sports was a ludicrous proposition because ISIS exists.) But Thanksgiving is a target-rich environment. 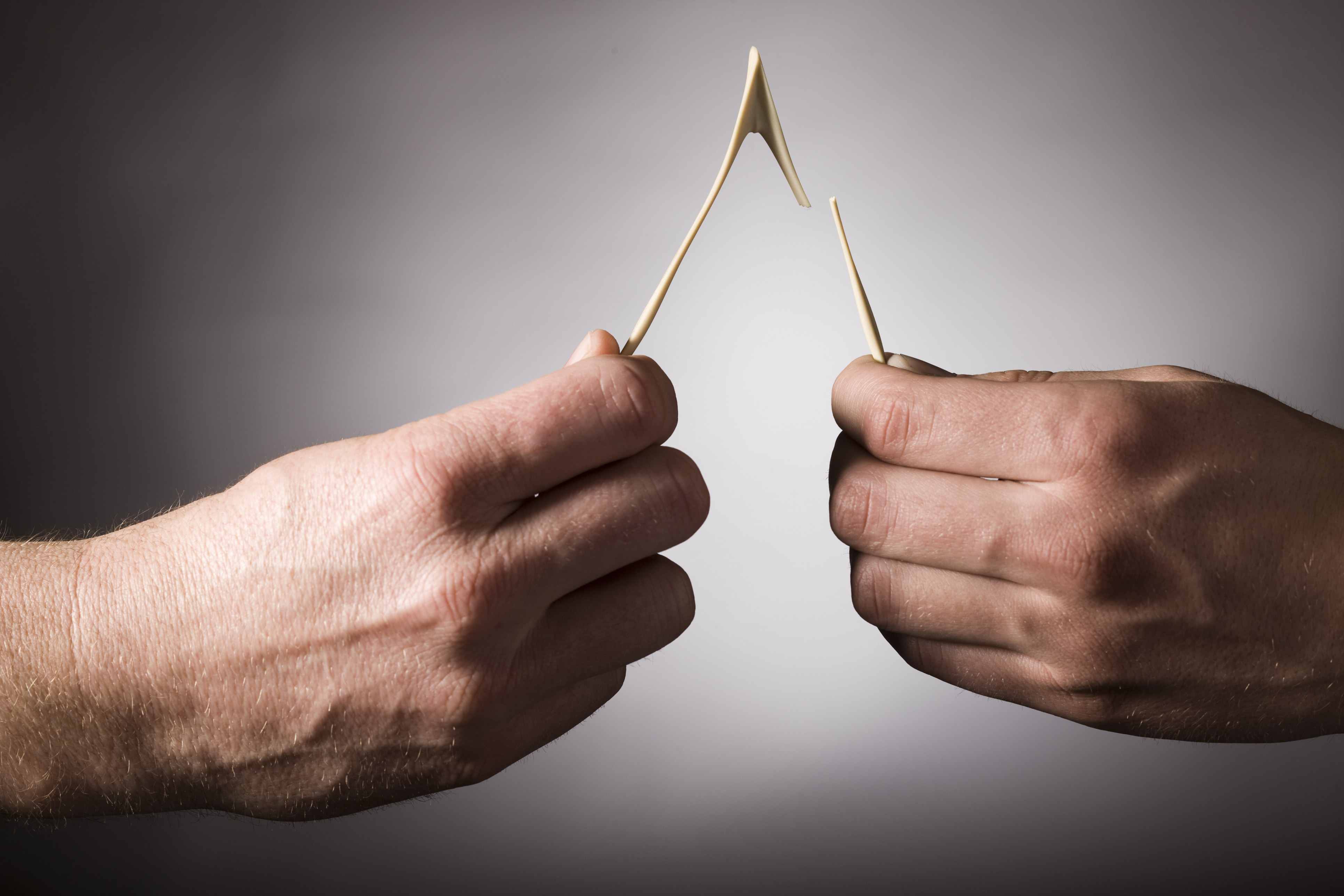 It honors an incident in which a Native American rescued a bunch of white immigrants from starvation, only to see their descendants prosecute over a century of genocide against his people — then, in the present day, try to whitewash those events from the American history texts we make every student read. There’s the turkey, which probably came from a factory farm polluting nearby groundwater, and the unsustainable abundance of both food in general and meat in particular. There’s the fact that almost everyone at the dinner either drove or took a plane there, instead of relying on a functioning national rail system.

I get it: In an election that promises to be as much of an unprecedented soulfucker as this one, it’s incredibly tempting to pivot away from the last decade’s think piece framing of Progressive Metropolitan vs. Atavistic Heartland and focus more on universal social divisions. The Racist Uncle is someone who can live anywhere, and negatively affect people in any setting, up or down the economic and social scale. He’s the perfect punching bag in a scripted Thanksgiving.

But if you want to pick a fight over a political issue, maybe pick one over something that is going to at least engage the rest of the audience on a topic they might not have considered instead of trying to deliver Pardon My Zinger burns at someone who still thinks that women shouldn’t be paid as much as men or that gay people aren’t normal or that non-whites are equally valuable despite every goddamn data point in the universe telling them they’re an asshole. That’s not to say that those aren’t all worthwhile arguments, but for Chrissakes, you could be watching football, a billion-dollar non-profit that turns people into vegetables.

In fact, do us all a favor and pick a fight that deserves winning by Christmas: pick a fight over fried turkeys.

America was doing so well there for a couple decades. We discovered adding flavor to coffee and beer. We rediscovered cocktails with bitterness and nuance instead of sugary mixes. Being a “foodie” stopped being novel. We learned that stuffing turkeys made stuffing a textureless bread glob that reduced heat to the bird and made the breast meat emerge dried while the dark meat hovered near illness-inducing. We were brining turkeys, adding complex flavors blending sweet and salty and savory and umami, learning to slow-cook them on grills and add more flavor with smoke. Then we chucked that all away for the potential cheap pyrotechnics of screwing up dropping a damp meat bomb into a roiling bucket of oil. And for what? To cook slightly faster and crisp the thing.

Fried turkey is a goddamned travesty. It’s only as flavorful as the surface meat and skin. The rest is just wet inside. You can’t brine or marinate it, because the salts and sugars will be pushed out by the heating process and scorch the exterior. To make it taste like anything other than hot, neutral turkey meat means relying on a gravy vector that can’t be improved by turkey drippings, because you threw the whole fucker into a cardiac drowning pool. What you get is moist bird. That’s nice if you’re single in London, but that’s no good on a plate in front of grandma.

This is the war we should be fighting, America. It’s not as tendentious or upsetting as railing about American history or factory farming or carbon emissions. It’s not some Bass Weejuned Dave Barry trying out his shoe-bomb material on you before you walk through the x-ray machine, and it’s not someone beating the tray table in fury because the work space in his row is more important than the sleep space in yours. And it’s sure as shit not some factitious exercise by some post-teen keyboard jockey whining about returning to Darkest Pennsylvania via the contrived avatar of some relative they probably don’t even have.

This war is winnable, and at least it’s real.