In Utah, the Knights of Crystal Blade – a radical, fundamentalist Mormon offshoot – is under investigation for the abduction and assault of underage child brides. Authorities have charged Robert Shane Rowe – a man from California who was allegedly promised a child bride – with one count of child sodomy. Last December, an unbelievable kidnapping bust exposed the cult’s founding members, 34-year-old Samuel “the Seer” Schaffer and follower John Coltharp, also 34, for not only kidnapping their own children, but “marrying them off” between the two. Now there appears to have been a third adult involved.

The investigation began after Coltharp’s ex-wife, Micha Soble, went to the police claiming her former husband had kidnapped their children. The cops issued a statewide Amber alert, which led to the raid of a derelict compound just outside the small town of Lund, Utah. There, Schaffer and Coltharp allegedly had hidden their four daughters inside of freezing, 50-gallon water barrels. Initially, it was believed that Schaffer and Coltharp were the only members of the group involved in the abuse charges, which include multiple counts of child rape and sexual assault. However, as Prosecutor Kevin Daniels pointed out, the alleged involvement of Robert Shane Roe from California suggests the Schaffer and Coltharp were actively recruiting more members into the fold.

From Polygamy to Democracy: Inside a Fundamentalist Mormon Town

Shortly after Roe connected with Coltharp and Schaffer over social media, according to a statement Daniels made to The Salt Lake Tribune, he was encouraged to come to Utah for a baptism and promised Schaffer’s five-year-old daughter as a child bride. The victim only recently came forward with the alleged abuse, which, via statement from prosecutor and Sanpete County attorney Kevin Daniels, played out similarly to previous charges. “Like two of the other individuals involved in Knights of the Crystal Blade,” Daniel told KSLTV, “[Roe] has committed sexual acts upon children, under the auspices of marriage.”

According to The Denver Post, Schaffer and Coltharp, are both former members of the Church of Latter-Day Saints, and adhere to an extreme belief in polygamy as well as an imminent doomsday. Newsweek reported that the two men met in a Facebook group lamenting the LDS’s 1890 decision to ban polygamy, and from there created a now-defunct online forum outlining Schaffer’s prophetic visions, including an apocalyptic Muslim attack.

Soble, Coltharp’s ex-wife, told The Denver Post that her husband had previously expressed a desire to “live off the grid,” and moved the family to Spring County, Utah, where he and Schaffer could build a compound in preparation for the end of the world. The “compound,” however, described in a signed affidavit as “deplorable,” was little more than a remote sprawl of abandoned trailers and shipping containers out in the desert. 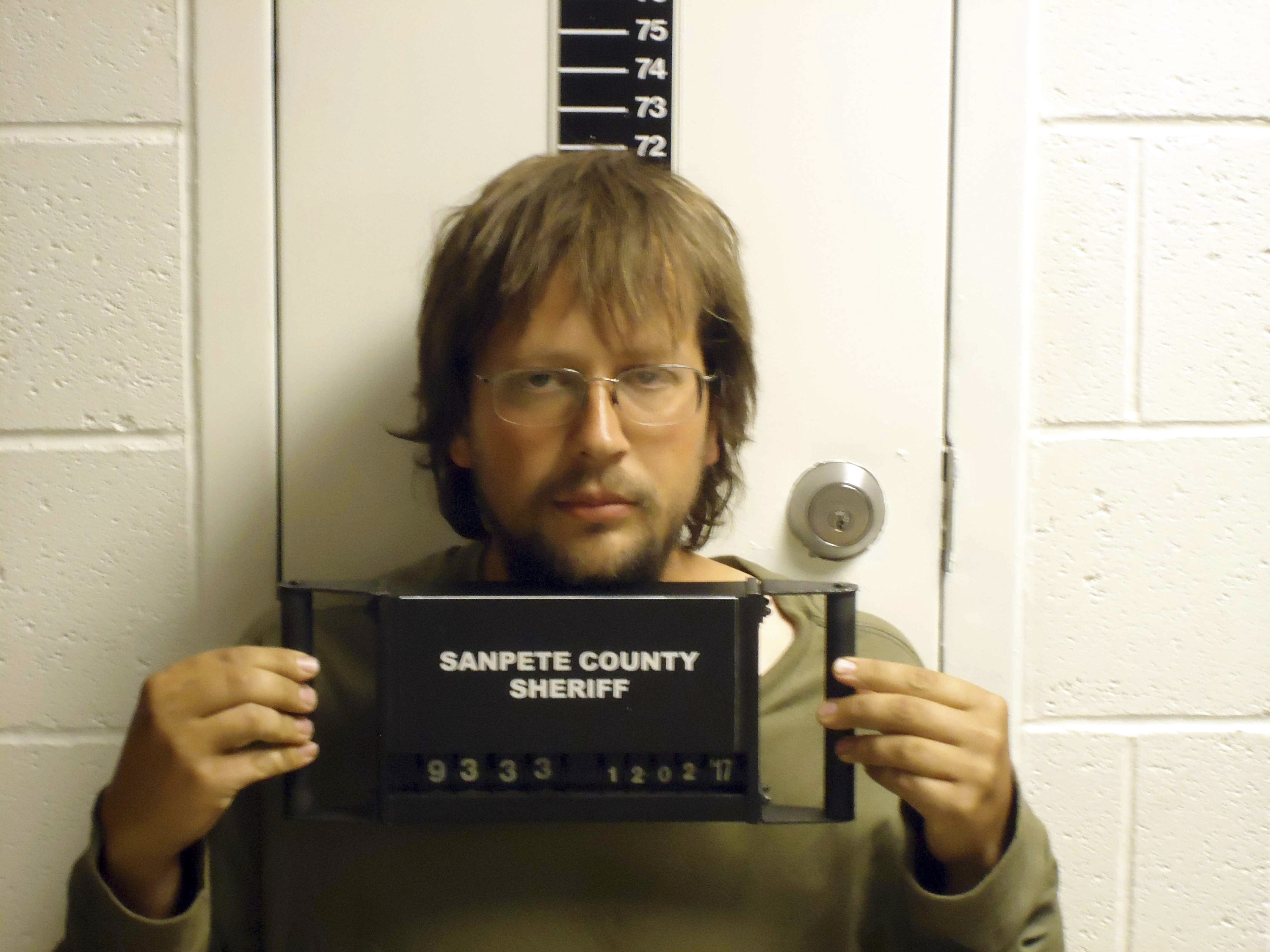 Since September of last year and up until the raid, Coltharp left the couple’s four children there in a double-wide trailer with his parents, an older couple who, despite the unlivable conditions including subzero temperatures at night, believed heavily in the practice of alternative medicine, Soble told The Denver Post. While Coltharp’s two sons and their grandparents were spotted as soon as dogs and helicopters touched down on the compound, the daughters were nowhere to be found.

Both Coltharp and Schaffer managed to evade the search for several hours until an anonymous tipster claimed to have seen Schaffer walking several miles outside the compound. Once arrested, Schaffer told authorities where to find two of the four underage girls in the barrels, though he was reluctant to give up the remaining two’s location. Ultimately, they were found hidden and lethargic in yet another trailer several miles away. Coltharp, however, was arrested at his home under suspicion of custodial interference and brought in for questioning, his children still at the compound.

The girls, all four under 10 years old, were rescued and flown to area hospitals as police charged their fathers with first-degree felony rape of a child, second-degree felony count of child abuse, obstruction of justice, child kidnapping, and in a surprising first for the state of Utah – home to notorious polygamist ringleaders like Warren Jeffs – child bygamy.

Schaffer entered a guilty plea in February and was sentenced to 26 years to life in prison. Coltharp faces trial next month for lewdness with a child, obstruction of justice and child bygamy. The trial will pick up on July 9th. Roe also faced a count of child sodomy, which carries the possibility of life in jail. As of Monday afternoon he is not yet in custody, though there is a warrant out for his arrest.

“These are extreme individuals with extreme beliefs that believe the end of the world is coming,” Daniels told the Idaho State Journal. It was the police who raided the compound who “prevented those little girls from dying. Or repeating a Waco-style shootout.”