Then and Now: Crop Tops, the Pop Wardrobe Staple, Grow Up - Rolling Stone
×
×

In the 1990s, the sight of a bare midriff elicited different reactions, depending on the age and viewpoint of the observer. Eyerolls, leers, envy – it was part of the literally navelgazing sport, and it was bound to return. Yet the belly-baring tops of pop’s yesteryear are getting a genteel twist, thanks to recent runway trends. No longer just for the taut and tanned, the  new crop top transcends shock value.

Yet Nineties nostalgia, and its major style signposts, inevitably surfaced. Designers such as Alexander Wang accurately read the impending pulse as early as 2008 – the year Wang also put his first crop top on the runway. That didn’t ignite an immediate response, but the sea change crept on. VPL, a New York City line driven by use of undergarments as day attire, presented their own take on the look. Prada showed women in bras and high-waisted skirts in 2009; tastemakers took note. By 2011, the crop top revival was in full effect, definable enough to land in The New York Times.

Recent high-caliber crop tops from Wang, Philip Lim, VPL, Bodkin, Prada and Roland Mouret all cogently apply the “less is more” decree that fashion so famously loves. There have been tweaks to shape over the years – today’s crop tops are boxier, less clingy, more silhouette-driven – but the most key difference is that with the contemporary variety, the navel rarely shows. Even Rihanna, a trusty advocate for provocative attire, wears her Prada crop tops with high-waisted shorts or pants. Gwyneth Paltrow opts for an even more modest take on the look: the two-piece, midriff-accentuating Pucci dress she wore to the Emmys was modified to include a nude panel. Thanks to sheer fabrics and creative layering, it’s easy to mimic the illusion of flesh without actually baring any. 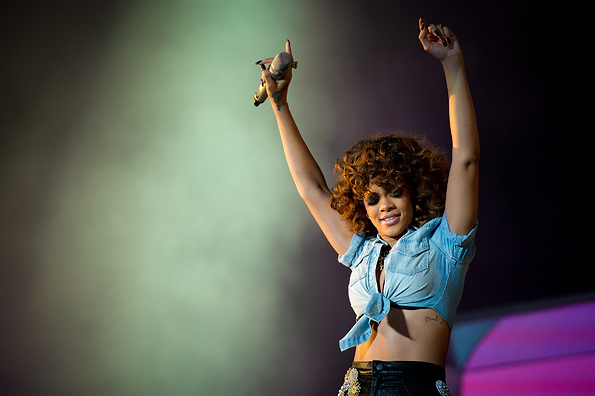