Carrie Fisher wrote her own obituary. “I tell my younger friends that no matter how I go, I want it reported that I drowned in moonlight, strangled by my own bra,” she wrote in her 2008 memoir, Wishful Drinking. Yet the world lost the actress, author, screenwriter, stage performer and eternal Star Wars princess in a much more mundane way: Fisher died on Tuesday at the age of 60, less than a week after suffering a massive heart attack on a flight from London to Los Angeles. She is survived by her mother, screen legend Debbie Reynolds, 84, and her daughter, Billie Lourd.

Fisher was the child of Hollywood royalty, Eddie Fisher and Reynolds, but found her own fame at the age of 19 when she joined the cast of a small project called Star Wars, playing Princess Leia Organa. Fisher’s portrayal of Leia as a fearless, indomitable rebel leader shot her to superstardom. It was a role she seemed to love and hate in equal parts. “For years people have asked if I mind being remembered as Princess Leia. I used to say no. But now I will say that it sometimes bothers me, yes. It follows me around like a little smell,” she told Esquire in 2002. However, she eventually accepted the character (“melding” with Leia, as she later wrote) and returned to the Star Wars franchise last year in The Force Awakens, fittingly having graduated from a princess to a general.

While she will always be best known for Star Wars, Fisher also appeared in films like The Blues Brothers and When Harry Met Sally, and had brilliant turns on TV shows like 30 Rock and the Amazon show Catastrophe. She was also a prolific, acerbic, hilarious author who frequently mined her life for material. She wrote the semi-autobiographical novel Postcards from the Edge, which was turned into a film, and its follow-up The Best Awful. She penned romance novels like Surrender the Pink and brutally frank memoirs like Wishful Drinking – where she detailed her struggles with addiction, mental health and her appearance – and The Princess Diarist where she revealed secrets from the Star Wars set, including the affair she had with co-star Harrison Ford. She wrote for film, TV and the stage, putting on one-woman shows based on her life, and most recently took to Twitter where she posted gimlet-eyed observations and shared photos of her constant companion, her dog Gary.

As the world mourns the loss of the actress, writer, and activist, her words live on. Here are 37 of her most memorable lines:

On her appearance
“They always do [ask me to lose weight]. They want to hire part of me, not all of me. They want to hire about three-fourths, so I have to get rid of the fourth somehow. The fourth can’t be with me.” via The Late Show with Stephen Colbert

On Hollywood expectations
“Even in space there’s a double standard for women.” via The Late Show with Stephen Colbert 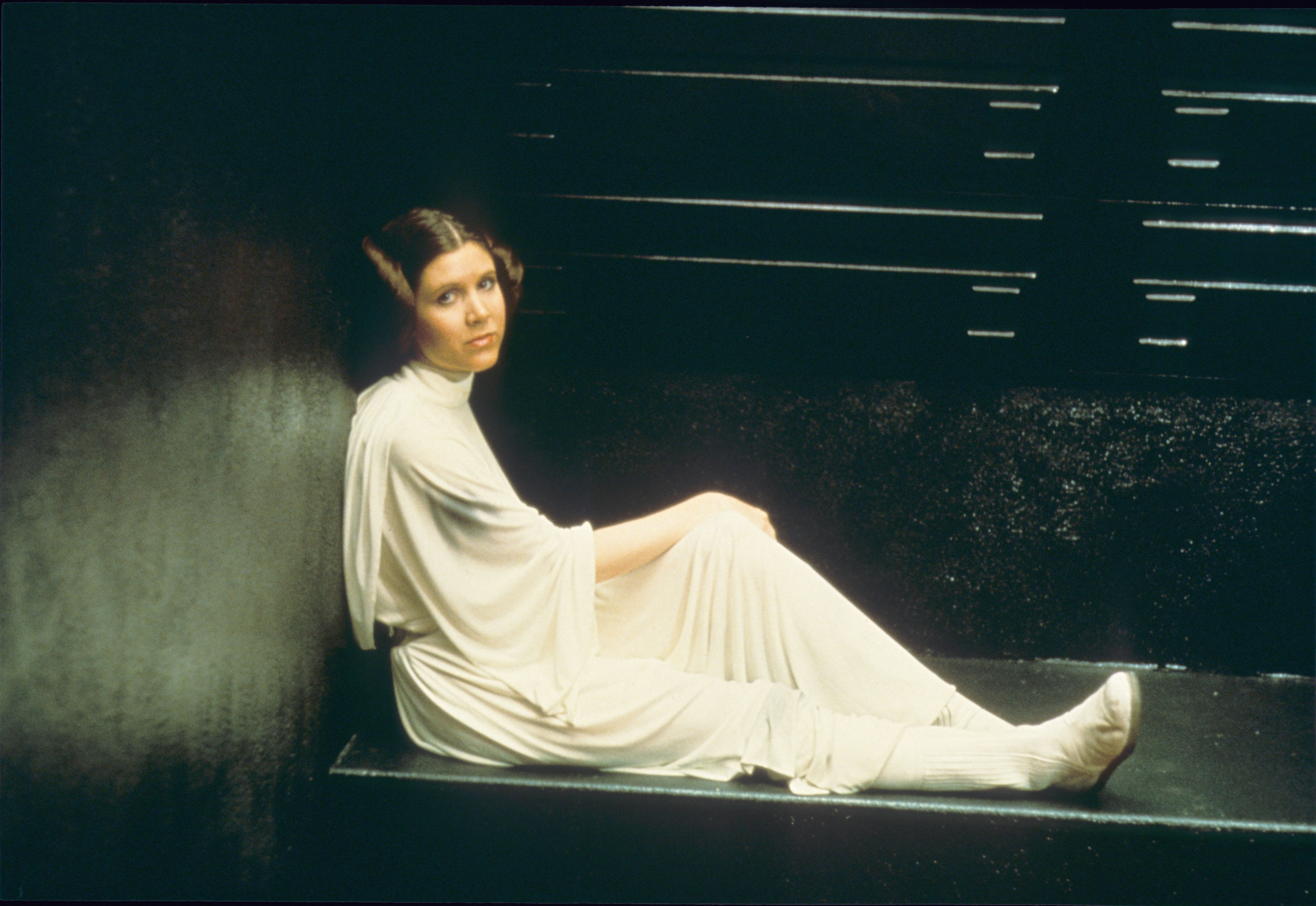 On having her body compared to Elton John’s
“Blow my big bovine tiny dancer cock.” via New York Magazine

On her place in the Twitterverse
“Please stop debating about whether or not I aged well. Unfortunately, it hurts all three of my feelings. My body hasn’t aged as well as I have. Blow us.” via Twitter

On why Star Wars worked
“Movies are dreams! And they work on you subliminally. You can play Leia as capable, independent, sensible, a soldier, a fighter, a woman in control – control being, of course, a lesser word than master. But you can portray a woman who’s a master and get through all the female prejudice if you have her travel in time, if you add a magical quality, if you’re dealing in fairy-tale terms.” via Rolling Stone

On relationships
“Everyone drives somebody crazy. I just have a bigger car.” via Time Out New York

On her Hollywood families
“Who’s more famous than Debbie [Reynolds] and Eddie [Fisher]? C-3PO and Darth Vader.” via Rolling Stone

On aging
“You know what happens to old celebrities? They die or go to Vegas.” via Rolling Stone

On her natural demeanor
“I act like someone in a bomb shelter trying to raise everyone’s spirits.” via The Princess Diarist

On living with fame
“You have owned my likeness, lo all these years, so that every time I look in the mirror I have to send you a check for a couple of bucks.” via George Lucas’s Lifetime Achievement Award at the American Film Institute

On what made Star Wars such a hit
“Movies were meant to stay on the screen, flat and large and colorful, gathering you up into their sweep of story, carrying you rollicking along to the end, then releasing you back into your unchanged life. But this movie (Star Wars) misbehaved. It leaked out of the theater, poured off the screen, affected a lot of people so deeply that they required endless talismans and artifacts to stay connected to it.” via The Princess Diarist

On wardrobe choices
“You told me I couldn’t [wear a bra] because there was no underwear in space.” via George Lucas’s Lifetime Achievement Award at the American Film Institute

On what kept her sane
“I don’t think I was ever suicidal, and that’s probably because of drugs.” via Rolling Stone 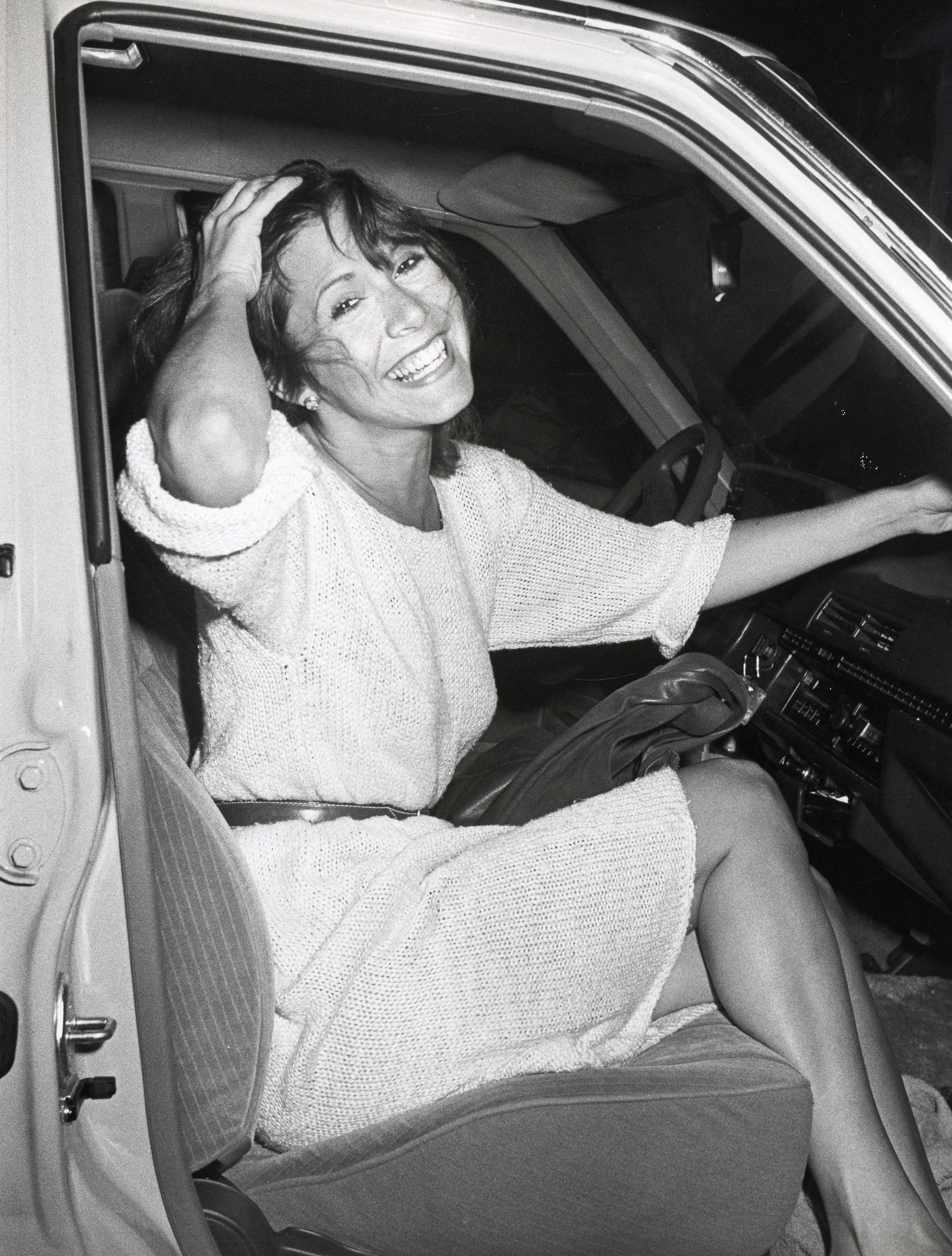 On finding happiness
“Sometimes you can only find Heaven by slowly backing away from Hell.” via Wishful Drinking

On parents wondering what to tell their children about her gold bikini in Return of the Jedi
“Tell them that a giant slug captured me and forced me to wear that stupid outfit, and then I killed him because I didn’t like it. And then I took it off. Backstage.” via the Wall Street Journal

On patience
“Instant gratification takes too long.” via Postcards from the Edge

In conversation with Madonna on what it would like to be a man
“I think I’d like to wake up with an erection, even if it was just to not like it.” via Rolling Stone

On wisdom
“I basically consider myself street smart, unfortunately that street is Rodeo Drive.” Via Twitter

On discussing her affair with Harrison Ford in her autobiography, The Princess Diarist
“I don’t think it’s that revealing, or it’s certainly not offensive. It’s not unkind about him. It’s flattering. I mean, the way people are reacting to it is funny to me, too. I’d do him at 73.” via Fresh Air

On her sanity
“I feel I’m very sane about how crazy I am.” via Wishful Drinking

On her rise in Hollywood
“If your second movie is Star Wars, you’re done. You’re gonna be pursuing that because otherwise it’ll pursue you.” via Rolling Stone

On aging
“I’m not happy about being older, except what are the options?” via Rolling Stone 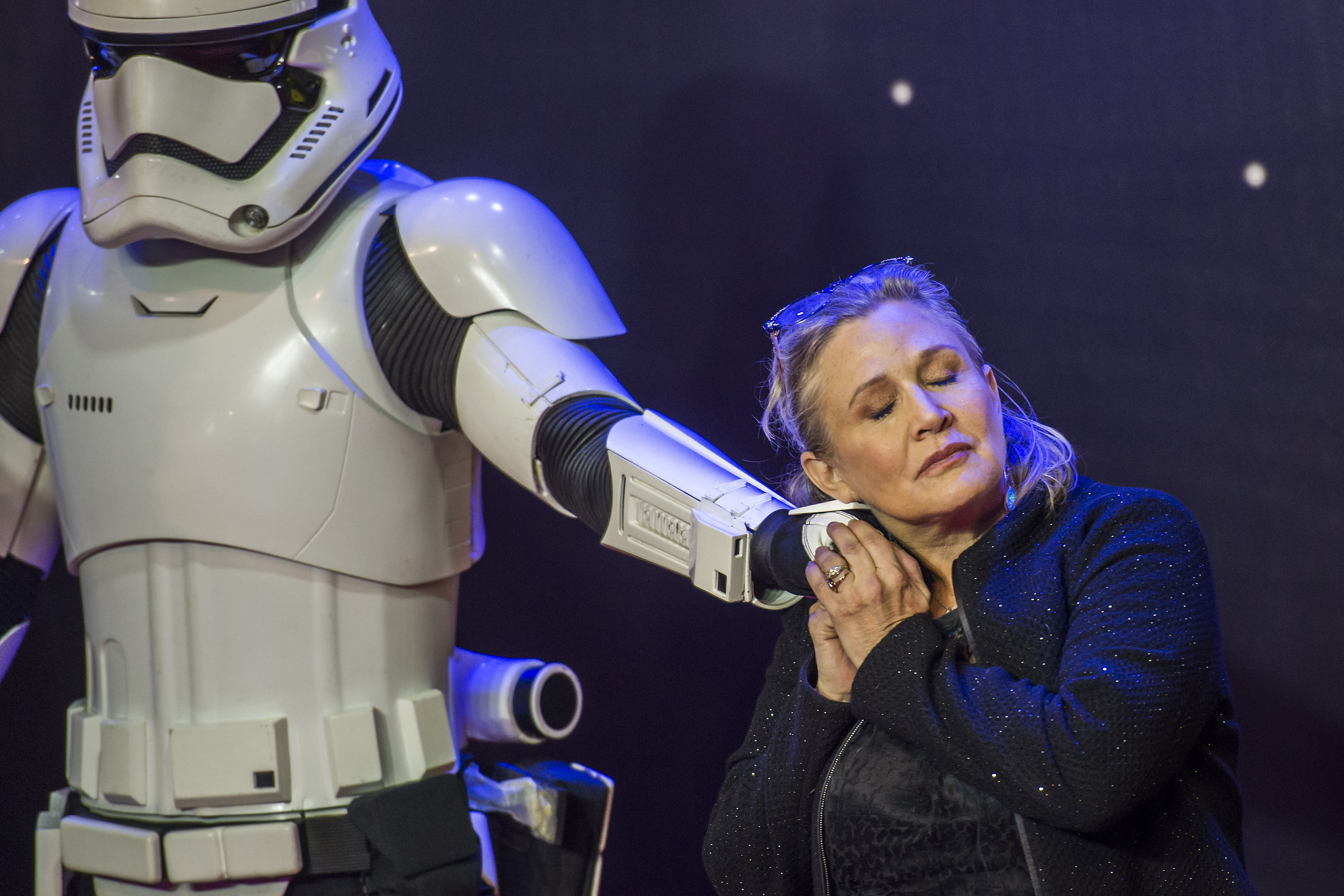 On how her father, Eddie Fisher, helped Elizabeth Taylor after her husband’s death

On her father’s autobiography
“I’m thinking of having my DNA fumigated.” via LFPress

On social media
“The only exercise I get lately is running off at the mouth & jumping to conclusions…..” via Twitter

On her religion
“You know how they say that religion is the opiate of the masses? Well, I took masses of opiates religiously.” via Wishful Drinking

On oversharing
“Because I grew up in a public family, I never really had a private life. And so if those issues are going to be public, I would rather them to be public the way I’ve experienced them rather than someone else assuming things about me. It’s freeing to do it. Shame is not something I aspire to.” via CBC

On keeping sane
“If my life wasn’t funny it would just be true, and that is unacceptable.” via Wishful Drinking

On her acting method
“I’m not really one of those actresses like Meryl Streep. Those actresses travel outside themselves and play characters. And I’m more of an archaeologist. I play what I am. I dig what I can. It’s a character that’s not too far from myself, except I don’t have any laser guns.” via Good Housekeeping

On her aspirations
“I am hoping to get the centerfold in Psychology Today.” via WebMD

On bottling up feelings
“Resentment is like drinking a poison and waiting for the other person to die.” via Wishful Drinking

On choosing partners
“As you get older, the pickings get slimmer, but the people don’t.” via Shockaholic

On how she got cast in Star Wars
“I slept with some nerd. I hope it was George [Lucas] … I took too many drugs to remember.” via Vanity Fair