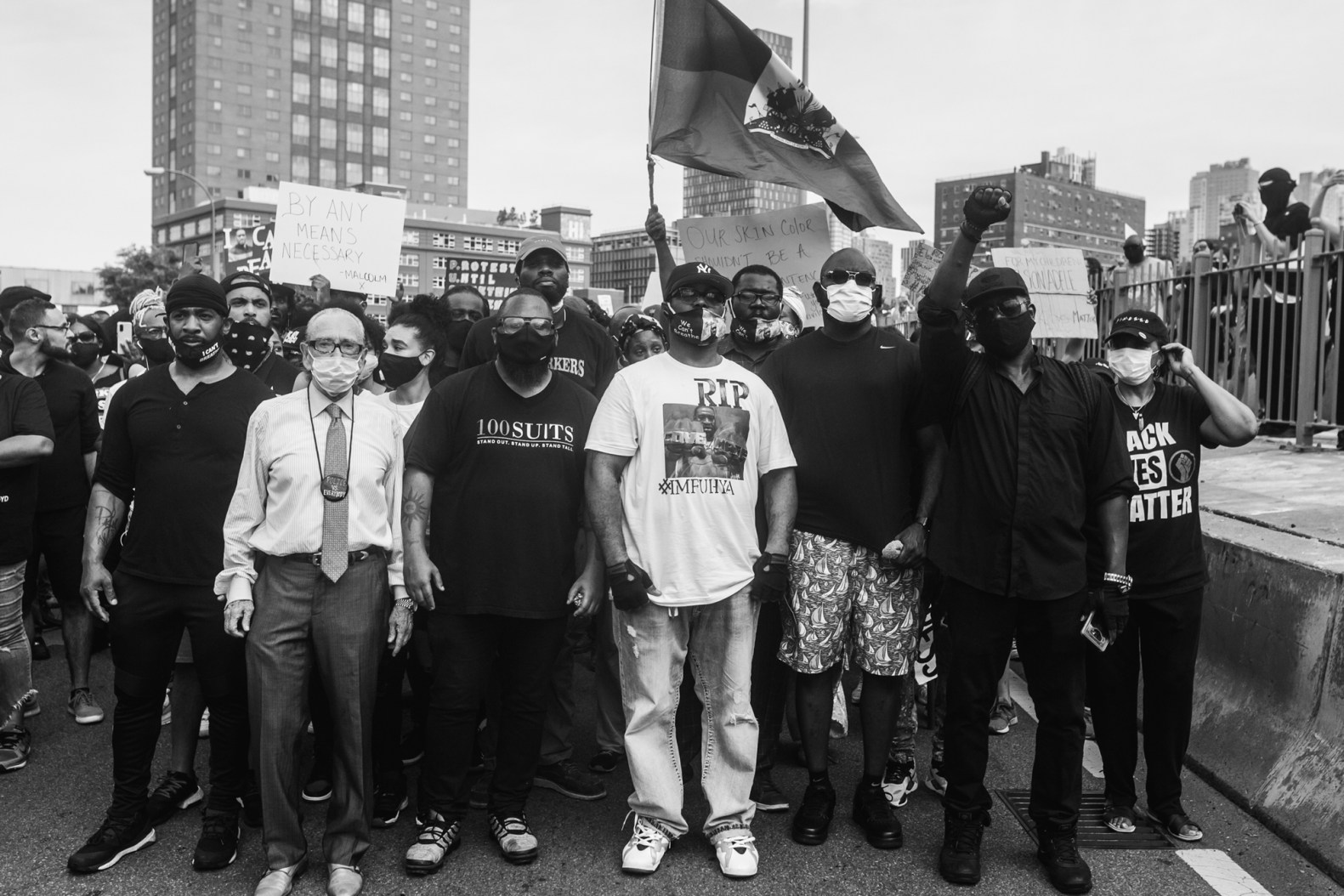 View Gallery
22 photos
Terrence Floyd stands with other attendees on the Brooklyn Bridge following the memorial service of his brother George at Cadman Plaza in Brooklyn NY on June 4th, 2020 Anthony Geathers for Rolling S

Terrence teared up for several minutes before he spoke, gathering himself as protesters chanted, “You are not alone!”

“First and foremost, I want to thank God,” he said. “It wasn’t his fault. It was his purpose. It was his will. It took me a few days to come to that realization. Because at the end of the day, my brother’s gone, but the Floyd name still lives on.”

Terrence also acknowledged the protests that have spread worldwide since the police killings of George on May 25th, Breonna Taylor on March 13th and many, many more black Americans. “I’m just thankful,” he told the crowd. “I hear about the memorials going on in Minnesota. I got a call from a friend, he’s in Australia. He said there’s a movement going on over there. I hear they’re going on all over the world. But I feel so good knowing that my borough…I thank god for y’all.”

After the memorial concluded, peaceful protesters left the plaza. Several cleared out, mounting their bikes and awakening their dozing dogs next to them so they could go home. Others braved the humidity and carried on, passing out peanut butter and sunflower seed sandwiches and holding their signs up high while they marched across the Brooklyn Bridge.

One protester, Hannah Kavanagh, has been begging her mother to attend a demonstration all week. “My mom wouldn’t let me because she was worried about the social-distancing aspect of it,” said the 20-year-old. “But she could tell I really wanted to go, and it turns out this protest is a block and a half away from my house. I don’t want to be complicit. I want to do something to address this issue.”

“Systematic racism has been a huge part of America for a little over 400 years,” she continued. “I see it manifest in so many aspects of my life. I’m one of the lucky ones — I’ve never been pulled over or questioned by cops. I’ve never been arrested. There’s people that go through it so much more than I do. I just feel like it’s about time that this is addressed. Once and for all, this has to stop.”