The Resurrection of Graffiti Doc 'Stations of the Elevated' - Rolling Stone
×
×

Back in the 1970s, lifelong New Yorker and filmmaker Manfred Kirchheimer had never really noticed the graffiti that adorned subway trains for much of the Me Decade. “Like a lot of strap-hangers, I’d wait for the subway on a platform — my stop was the 103rd street station,” the 83-year-old says, calling from the uptown Manhattan apartment he’s lived in for decades. “Trains are whizzing past you, and you just want to get on. Even when you get in the car and would see tags done with Sharpies and Magic Markers, you’d hardly pay attention; you were too bust trying to find a seat.”

But one very early morning in 1976, while he was working with a food co-op up in the Bronx, Kirchheimer happened to notice the elevated trains that would criss-cross above the expressway  — and suddenly realized what he’d been missing. “Giant names, elaborate drawings, these beautifully expressive murals — they took my breath away,” he says. “When a train is whizzing by you in a station, graffiti is literally in your face! It’s just a lot of colorful blobs passing you in a blur. But when you get a chance to see it at a distance, especially on elevated trains…my god! You realize what incredible works of art these things are.” The more Kirchheimer would watch the trains go by, the more he started to see a number of themes emerge. “There were a lot of guns, fire, angry fists and faces,” he says. “I started to think, Oh, this isn’t just visually interesting. This is like a scream from the ghetto.”

This epiphany would result in Stations of the Elevated, a 45-minute documentary Kirchheimer shot in 1977 about New York graffiti that chronicles the balloon-lettered signatures, cartoon-character-laden tags and car-length “wildstyle” epics that represent what’s know considered a classic era of street art. There are no interviews, talking-head testimonials or voiceover narration explaining who Lee63, Phase or Slave were, or what a burner was; in fact, even the sounds of the trains passing by were added after the fact. (“How are you going to carry a boom microphone when you’re sneaking into a trainyard?” asks the director.) What you do get is a tone poem of a scene hadn’t quite become a scene yet, and was still a little ways away from becoming one of the cornerstones of hip-hop culture. It’s a lost artifact of a key moment — arguably the key moment — for 20th century urban art. 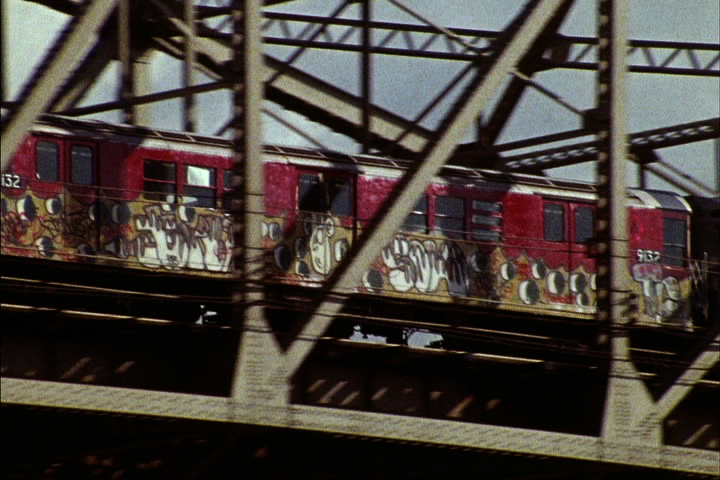 When the movie eventually started to screen at festivals in the early 1980s — including a prestigious slot at the New York Film Festival in 1981 — the reaction was uniformly positive, with the exception of one major criticism. (More on that in a second.) But partially because it was a lyrical, free-form look at what many considered vandalism, partially because it was only 45 minutes long and partially because Kirchheimer ran into rights issues over using Charles Mingus compositions and one Aretha Franklin number for the film’s score, Stations fell into obscurity. “There was a VHS tape [of it] out for a while,” the filmmaker says, “and we’d struck a deal that for every tape sold, Sue Mingus [Charles’ widow] would receive one dollar. It added up. We also had a brief run on the Sundance Channel around 2000 or so, and she saw some money from that. But otherwise, it just kind of disappeared.”

This isn’t just visually interesting. this is like a scream from the ghetto.

Enter Jake Perlin, a New York-based film programmer, distributor and founding director of Cinema Conservancy, a non-profit organization dedicated to preserving American independent cinema. “I’d heard about Stations of the Elevated in the early Nineties through friends,” he says. “After some searching, I managed to find a videotape and just fell in love with the film. It just became a touchstone for a way of looking at New York during that time and inspired a lot of people I know to take their cameras into the streets.” Eventually, Perlin tracked Kirchheimer down to discuss Cinema Conservancy issues with him. At the end of the conversation, the documentarian recalls the young man asking, “‘So what’s the status of Stations?’ I said, why do you want to know? He mentioned that he wanted to get the film back out there for people to see, and I told him go ahead — but you’re going to have some issues with music clearances.”

After negotiating with Sue Mingus and securing the rights to the cover of “Amazing Grace,” performed by Franklin, James Cleveland and the Southern California Community Choir, Perlin had what he needed and premiered a restored version of the film at this year’s BAMcinefest in Brooklyn. The screening immediately sold out; a theatrical run at the BAM recently concluded and Perlin says they’ll be a DVD release coming some time next year. For hip-hop aficionados, the chance to see what BAM’s program notes refer to as “the first ever filmed document of graffiti” is a dream come true — even if there’s no hip-hop music in it, a longtime point of contention between the community and the filmmaker. 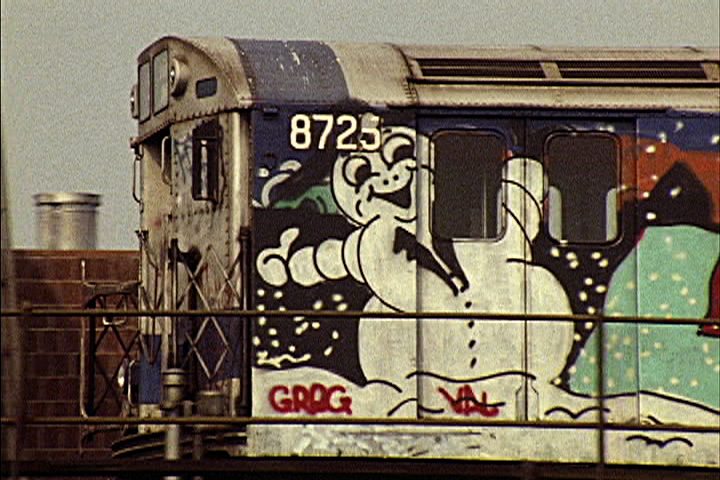 “When I first started screening the movie around in the Eighties, I only showed it to about a dozen audiences — but there would always be graffiti artists in the crowd,” Kirchheimer says. “They’ve been supportive of the movie from the very beginning. But the question I’d get every time would be: Why is there no rap in here? Where is the hip-hop music? I was several generations removed from the hip-hoppers, however. I’d wanted something gritty and angry, and to me, that was Mingus. Even if I’d hired a rap writer to do a score for the film — you know, writing specific raps about tagging and subways — it would have narrowed the film. You’d have a direct rap narrative: ‘Listen to these lyrics, here’s what you’re watching.'” He lets out a deep sigh. “They felt that what I had on the soundtrack was not appropriate music, and I understand why they may have felt like rap needed to be there. But to me, it would have been worse if someone who didn’t know rap at all used it wrong, you know?”

Kirchheimer feels that, despite the lack of, say, Kurtis Blow or the Treacherous Three on the soundtrack, he feels that the movie belongs in the same league as other key works about graffiti culture — movies like Style Wars and Wild Style (both 1983) — and is glad a new generation will finally have a chance to see it for themselves. “This is not like the New York you see out your window now,” he says. “And when I see the scenes of those tags going by, it reminds that people used to call them vandalism — but they should have called them art.”