“It would’ve been easier to get actual Bigfoot footage,” Bobcat Goldthwait says, on having to unearth clips of razor-tongued comedian-activist Barry Crimmins, the subject of his emotionally rich documentary Call Me Lucky. Though the Boston-based stand-up was an influence on no shortage of East Coast alt-comics in the Eighties and Nineties, Crimmins was the guy who bellowed biting jokes about the HUD scandal on Comic Strip Live, thus making his television footprint was relatively small. “It would’ve been easier to do a Gallagher doc,” the director admits.

With movies like 2006’s Sleeping Dogs Lie and 2009’s World’s Greatest Dad, the comedian-turned-director established himself as a filmmaker who could lace outré comedy with an unexpected sense of warmth; his first nonfiction movie proves that he’s equally capable of subverting the usual post-podcast looks at comedy-fringe heroes. Call Me Lucky starts by asking what happened to this charismatic cult figure, but it’s also about a childhood-abuse survivor whose bile-spitting monologues and venom-tongued political work are rooted in finding goodness and truth in the world — Crimmins even gave an impassioned appeal to Congress about the plague of child pornography on the nascent Internet in 1995. (The movie hits theaters on August 7th.)

We met with Goldthwait and his subject to find out how the longtime friends collaborated on a heart-wrenching, hope-filled portrait of a someone who stared down his demons and stood up for those who couldn’t speak up.

What was it like for you guys to go back to Onondaga County in upstate New York, where you met?
Goldthwait: Cold.

Crimmins: He shoots in the middle of the dead winter, and he’s got me splitting wood with a literal broken leg. I hadn’t hit a piece of wood that I didn’t split in 10 years, and then we come with a film crew and I’m standing on one leg and I can’t split it. When I say, “This isn’t fucking working,” it was like me saying, “OK, we’re not using this,” and it’s like at the top of the movie. Thanks, pal.

Goldthwait: I was watching it the other night and I started cringing.  My interviews are so full of shit. I’m going, “When Barry went to Cleveland,” you know? But there’s no one interviewing me. “That’s a good question Bobcat, I…” So that makes me laugh when I’m doing these serious interviews because nobody’s asking me questions.

Where are some of the places you had to hunt for footage?
Goldthwait: It was like stone soup. We’d interview someone and they’d say “Oh, you know what, he did my cable access show.” And so that’s how we kept finding it. Initially I thought I was gonna take Barry’s album, [1991’s] Kill The Messenger, and animate it. But then I was fortunate enough to get enough material I didn’t have to do that.

Crimmins: Well the real footage you found . . . We didn’t know there was footage of the testimony [to Congress].

“It was like ‘No way, motherfucker. This is for these kids. Fuck you, Jack. Fuck you and your fucking wind-tunnel haircut.'”

Goldthwait: Yeah. We were told that didn’t exist. When that footage came, it might as well have been backlit with angel voices — [sings] Ahhhhh.

I could have watched that footage straight-through.
Goldthwait: [AOL] were given Barry’s deposition before he got there, Barry was not given what they were going to say, but I still think that executive probably thought, “Wow, who is this guy?” Barry is so sharp, so with it. I feel like his years as a nightclub comedian, everything is paying off there. He’s just like a laser beam.

Crimmins: You can see the weariness on his face because I didn’t give him a fucking inch all day. It was like “No way, motherfucker. This is for these kids. Fuck you, Jack. Fuck you and your fucking wind-tunnel haircut.” I bet he never got his ass kicked in the courtroom like he did that day. That’s a real education in the system because here I am, and the bastards . . . He gets my testimony and I don’t get his testimony? Fuck you. Fuck every one of you. 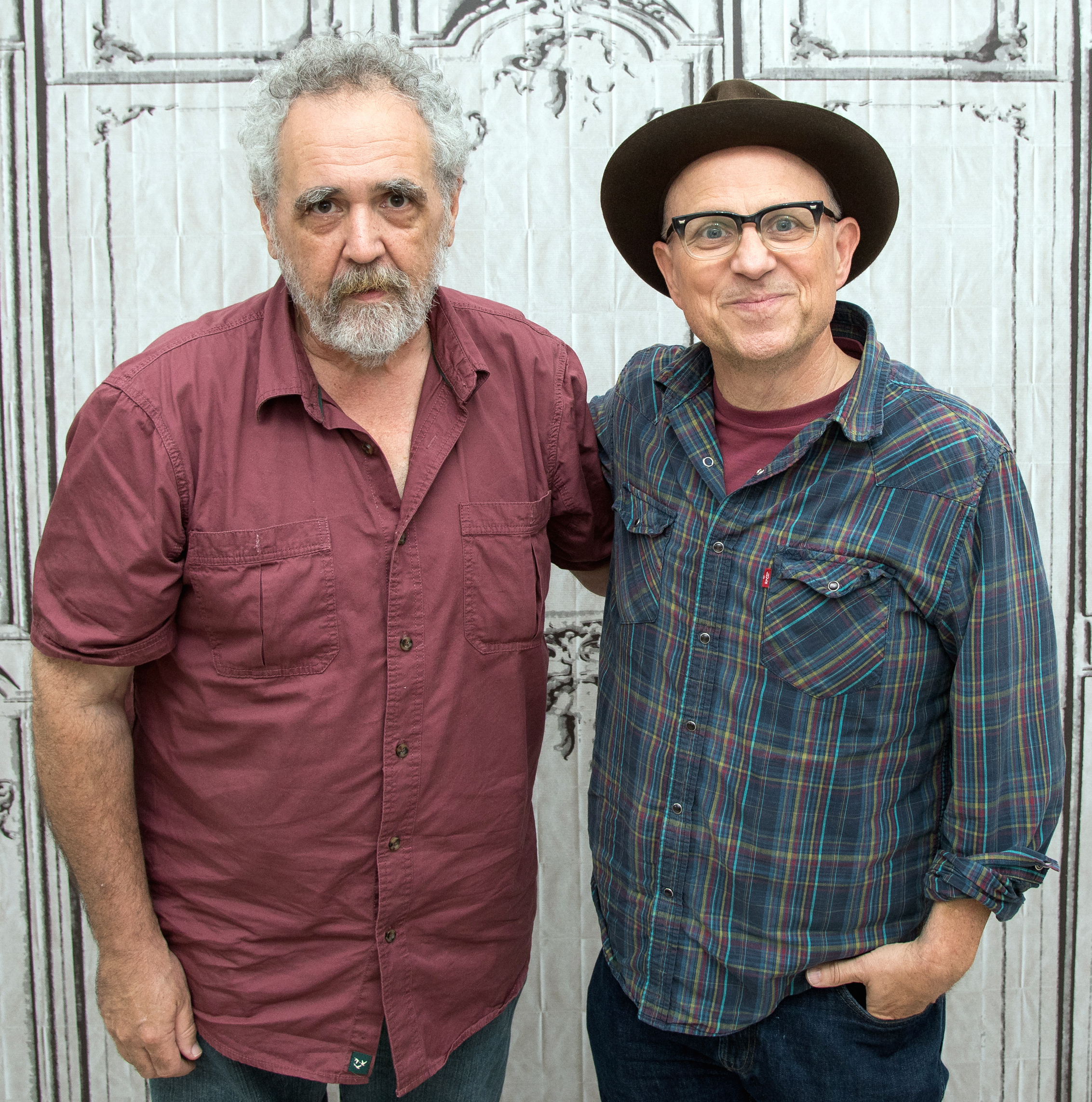 Goldthwait: Well, I love when he’s talking about corporate growth as if you were supposed to go, “Oh I understand . . . because all my major corporations are growing pretty fast too.”

Crimmins: Yeah. You know, think of the stockholders first…and the raped kids, you know, are also important.

Goldthwait: I always thought that I’d make a movie where someone would play Barry — Robin Williams was a fan of Barry’s and knew how much I wanted to make this movie. He said, “You should do it as a documentary,” so he gave me the initial money that started filming. Then in pure “Bob Wood” fashion — ’cause I love Ed Wood — I was like, “We’re gonna go start your picture.” Still didn’t have the money. And that is kind of how I make movies, it’s often. . .

Goldthwait: That’s a nice way of saying “lying.” I try to live a fairly honest life, but when I’m in this, making these movies on such a shoestring budget. . . I broke into a home when I was doing Sleeping Dogs Lie and shot a scene in a garage ’cause the house was empty and it was for rent. Here’s a crew of kids from Craigslist and I go, “We got to be really quiet ’cause this is a sensitive scene for the actors,” and they go, “You don’t have a permit do you?” And I go, “I don’t know who’s fucking house this is.”

What was it like to film these interviews for these very, emotional, intense stories about abuse?
Goldthwait: It’s interesting. One of the very first interviews was Dave [Havens], in the garage, who is Barry’s friend. I thought that I was going to get a funny interview, but he immediately disclosed about his own personal experience with this kind of abuse and how Barry helped him work through it. I’m looking around and the crew, everyone’s welling up. At that point I was like “Uh . . . uh . . . uh . . . I don’t know.” I actually kind of questioned what was I going to do with this footage and how I was going to respect these people.

Crimmins: I wasn’t around for any of the interviews. I mean, I just set people up with Bob and I didn’t want to skew anything. That’s why my sister was like, “I didn’t know that there would be cameras and a documentary.” That was, in a way unfair, but it was the fairest way possible to try to just tell them the truth, tell them whatever they want. So, Dave was really fretting, and I thought, “Wow, you know, Dave, you’re going to meet these people and you’re going to love them.”

What about between the two of you?
Crimmins: I told some of the stories a few times, but it wasn’t like, “Oh, we need this or we need that.” He’s a brilliant filmmaker. And he has a great eye and he gets the right take that conveys the message in the best possible way it can. Its not 38 people sitting in front of the same bookcase.