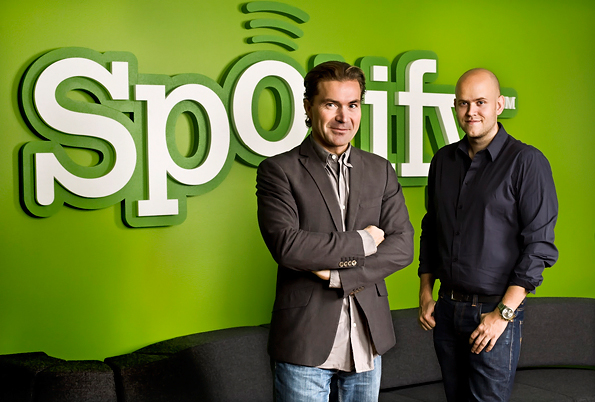 Music subscription services may prove to be the saving grace for the recording industry. Three million people are now actively tuning in to Spotify, the song streaming platform once criticized for paying paltry royalties to record labels. Spotify has gained a million users since September, largely due to getting plugged into Facebook’s social sharing.

After ending a six-month period of unlimited streaming, Spotify began offering paid subscription plans to users who wanted to listen to more than five songs a month. At that time, many doubted the company’s ability to convert users in what originally sounded like a too-good-to-be-true scenario. But now over 20 percent of active users pay to get Spotify without banner ads or audio interruptions. That figure is also up by 5 percent since September.

Since streaming rights don’t come cheap, Spotify’s business plan relies heavily on converting once-free users to paid subscribers. According to the new figures, unlimited listening may be worth the price of “a couple of sandwiches,” as Spotify COO Kenneth Parks told the LA Times. A recent study found that a majority of young Swedes would be willing to pay for unlimited streaming, although 14 percent still prefer free downloads.

Spotify’s wildfire success has not gone unnoticed. This week Rhapsody acquired Napster’s international operations, aiming to legally relaunch the service in Europe, Spotify’s home turf. In business for over a decade, Rhapsody has garnered a million paid subscribers but this deal marks its first venture beyond the American market. Rhapsody bought Napster in the United States from Best Buy last October for an undisclosed sum.

Related
• Sony Aims to Pick Up Where Spotify Left Off