Run the Jewels, the hard-hitting duo behind the most critically acclaimed hip-hop record of 2014, have inspired two upcoming covers of Marvel Comics titles. Issue 45 of Deadpool and Issue Two of Howard the Duck will both have variant covers that feature the group’s fist-and-gun logo.

“We didn’t know it was happening,” RTJ’s El-P tells Rolling Stone. “We just got told it was happening and we were like, ‘You can’t be serious, that’s not possible, how is that even possible?’ Then they showed us the covers. And it’s fucking crazy.”

“I knew it was happening potentially,” corrects Killer Mike, whose management had a conversation with Marvel, “but when it came all the way through, I was dancing around the room in my Polo underwear.”

Run the Jewels: How 2014's Brashest Rap Duo Came Back From Oblivion 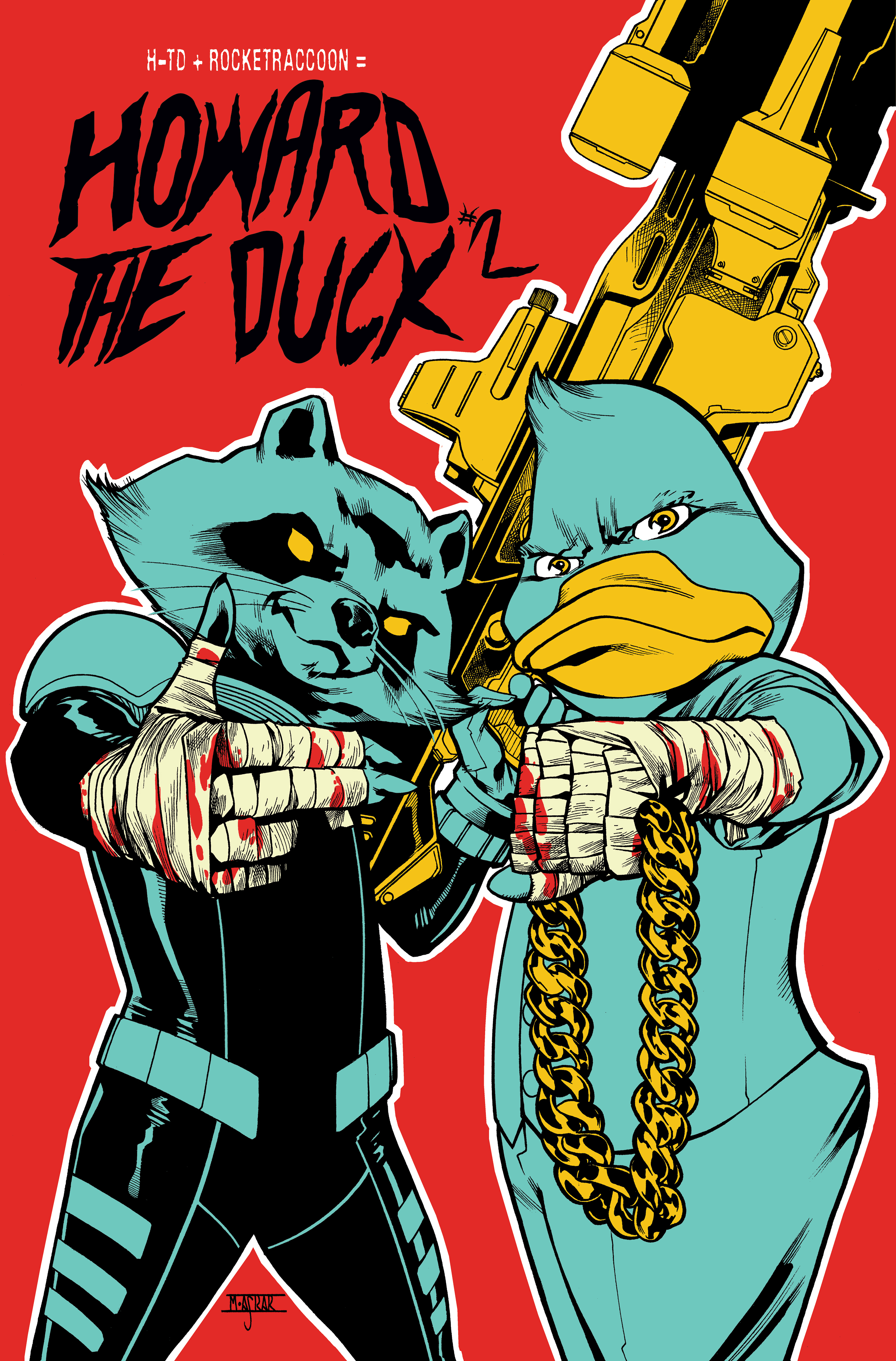 The organic homage came from the top down, from Marvel editor-in-chief and hip-hop fan Axel Alonso. He was aware of the worldwide “tag the jewels” movement where graffiti artists threw up explosive spraypaint fan art, but got the idea for the comics covers after watching his son in a game of football.

“He caught a touchdown pass that won the game. And on the sidelines, he took off his glove and he pointed at it and his friends were going “Run them jewels fast,” Alonso tells RS, quoting the chorus to RTJ’s “Close Your Eyes (and Count to Fuck).” “Seeing the way that my 11-year-old son and his friends were improv-ing off of this really vibrant, iconic image. . .It got me thinking. If you’ve got this movement around the world from Bangladesh to Taiwan, people are doing their interpretations of this logo, and I got these roughnecks doing it on the sideline of a football game. . .Maybe Marvel could weight in on this and have some fun.”

“We’ve done homages to album covers in the past, of iconic rock bands and hip-hop bands, but this is something a little different,” says Alonso. “This is very much picking up on something that’s of the moment, and a logo that I think says a lot to a lot of different people.”

Both members of Run the Jewels are comics fans: Killer Mike grew up reading X-Men and Spawn; and El-P was “obsessed with” X-Men, The New Mutants and Spider-Man (not to mention a streak toward indie artists like Robert Crumb and graphic novelists like Frank Miller).

“Comic books are a part of the creative world of a kid in an urban environment,” says El. “You might not admit it on record, but you talk to almost every rapper — we all grew up with that shit. I guarantee you like 80 percent of any rappers that you meet probably went through a large comic book phase.”

“Just being perceived as a quote-unquote urban artist, you never get to embellish that part,” adds Mike, “so I haven’t been as visible on that side. But anybody who follows me on Instagram knows I’m a thirtysomething-year-old child. I play with toys, comics, that type of shit, so this is like a very big deal for me.

“I grew up reading comics with my dad — my stepdad, but I don’t use that word — he let me just have his comic collection. So this is a very big deal for me, man,” adds Mike. “I look forward to when this shit drops, taking him up and driving him to the comics store in North Dekalb, just to let him get out and not even tell him that it’s going down. I know he’s gonna be so proud he could fuckin’ cry, bruh.” 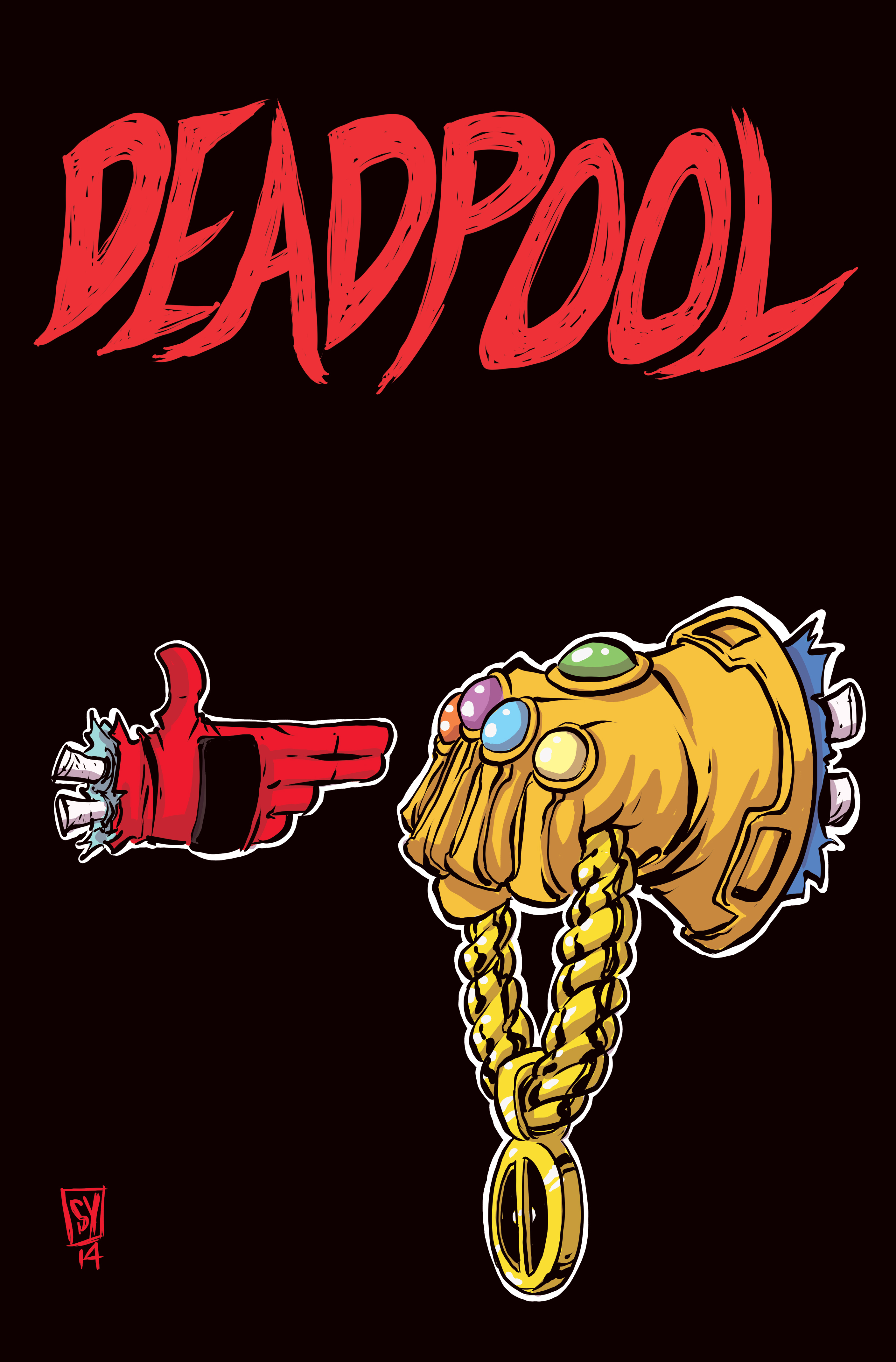 Beyond the Marvel Universe, El-P is expecting a 2015 release for Meow the Jewels, the Kickstarter-funded charity release of Run the Jewels 2 made with cat sounds. “The money is going to where we want it to be going, it’s in process now,” he says. “Now it’s just a matter of getting off the road for a little bit and putting the record together. We’ve got a lot of cat sounds to collect.”

Run the Jewels are going to hit Madison Square Garden with Jack White on January 30th, both weekends of Coachella in April and Bonnaroo in June. They’re working out the details of their Coachella performance, but they expect it to be the first time they play “Crown,” the emotional climax of Run the Jewels 2 which speaks frankly about Killer Mike’s brief period selling drugs in high school.

“We were holding it for something big,” says Mike.

“And also for when we knew that we had memorized it,” says El.