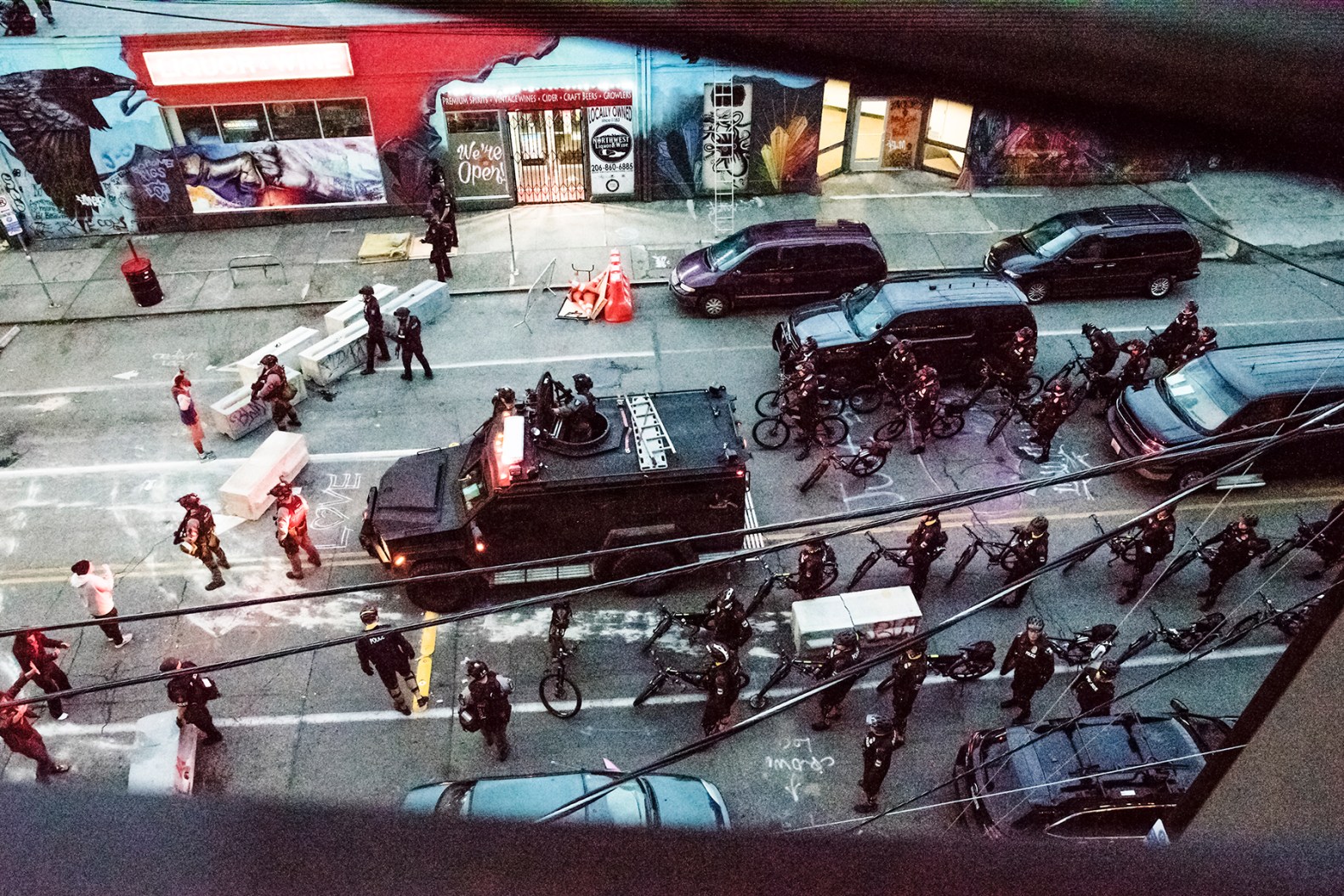 View Gallery
20 photos
Seattle police announced Wednesday that they would begin the process of evacuating the city’s CHOP following a string of violent incidents. Katrina Shelby

Seattle police announced Wednesday that they would begin the process of evacuating the city’s CHOP — the Capitol Hill Organized Protest that became the epicenter of Seattle’s George Floyd protests — following a string of violent incidents in the autonomous zone.

Seattle Mayor Jenny Durkan also issued an executive order calling the CHOP an “unlawful assembly” and setting a  48-hour public safety emergency  order, with police beginning the process of vacating the area early Wednesday morning. While most of the protesters quickly abandoned the area, at least 31 people were arrested for failure to disperse, obstruction, resisting arrest, and assault, KING 5 reported.

“As I have said, and I will say again, I support peaceful demonstrations. Black Lives Matter, and I too want to help propel this movement toward meaningful change in our community. But enough is enough,” Seattle police chief Carmen Best said in a statement.

Early Monday morning, a 16-year-old was shot and killed in the CHOP, while a 14-year-old was taken to a nearby hospital in critical condition. The shooting marked the fourth incident in the CHOP area over a 10-day span, a stretch of gun violence that left six people — mostly teenagers — shot and two dead.

Following Durkan’s order Wednesday, Seattle police and construction crews began the process of clearing the area in downtown Seattle, including removing large concrete barriers and homemade spike strips installed by protesters and reclaiming the abandoned East Precinct police station that was seized by protesters in late May, at the onset of the George Floyd protests.

Activist Andre Taylor, whose brother was killed by Seattle police in 2016, told local NBC affiliate KING 5, “I think if they had pivoted to those [CHOP] deaths as strongly as George Floyd’s death, I think that Seattle would have continued to support this group. But for there to be continual shootings and deaths consistently, we just couldn’t allow this place to continue. It didn’t end how it started and that’s the tragedy of the situation.”

As of 7:45 AM, officers have made 23 arrests in the #CHOP zone for failure to disperse, obstruction, resisting arrest, and assault. One of the arrestees, a 29-year-old man, was in possession of a large metal pipe and kitchen knife when he was taken into custody. pic.twitter.com/12qT7psBQQ