Two days after Scott Weiland, the former singer of Stone Temple Pilots, was found dead in his bunk on a tour bus in Bloomington, Minnesota, the band’s guitarist Dean DeLeo was in his car when the radio started blasting “Creep,” from STP’s 1992 debut album, Core. “It really hit me hard,” DeLeo says of the song, a grinding ballad of bitter surrender on which Weiland delivers the devastating hook – “I’m half the man I used to be” – with a visceral conviction.

“It took me right back to when we cut the track,” the guitarist goes on, recalling how STP – Dean, Weiland, drummer Eric Kretz and bassist Robert DeLeo, Dean’s younger brother – nailed “Creep” in one evening at Rumbo Recorders in Los Angeles. “We started after dinner and listened back to it around 11:30. We had all these candles lit in the control room. The five of us” – the band and producer Brendan O’Brien – “all looked at each other just as the song finished. We knew we had captured something.”

Dean also notes something O’Brien told him after Weiland’s death, as they reminisced about the Core sessions: “Brendan said, ‘When that cat walked up to the mic, I knew we had a hit record.'”

Core sold more than 8 million copies in the U.S., establishing Weiland as one of the most popular and commanding voices of the Nineties grunge uprising. It also marked the start of Weiland’s ricochet between rock-superstar glory and abject crisis, including severe heroin addiction, repeated trips to rehab, jail time, two failed marriages and broken musical relationships. Over two spells with STP, the singer made six albums that sold more than 20 million copies worldwide; he also had a Number One album in 2004 with Velvet Revolver, a liaison with members of Guns n’ Roses. 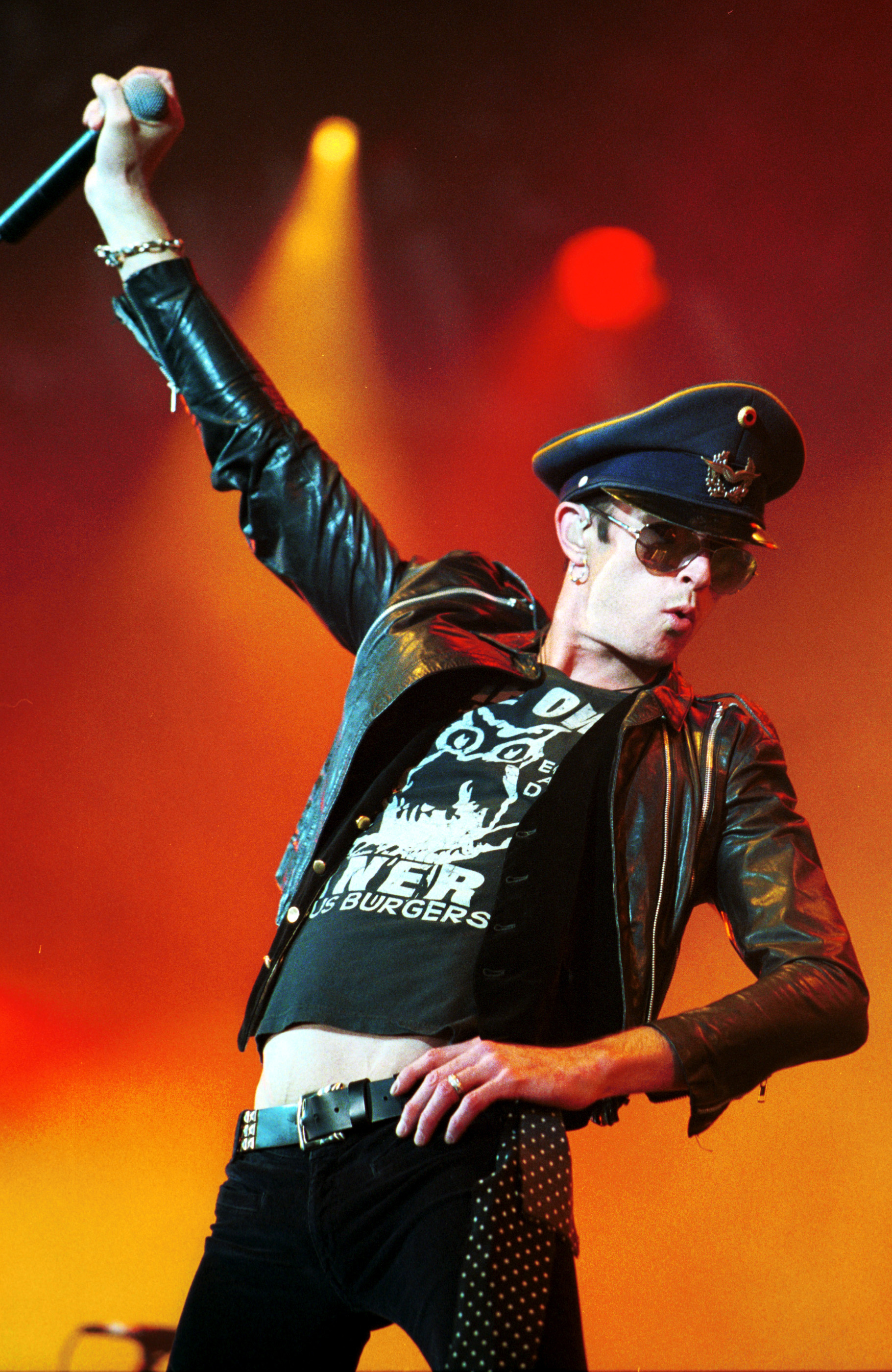 But Velvet Revolver fired Weiland in 2008, citing “increasingly erratic” behavior. In 2013, after a tumultuous reunion, the other members of STP issued a statement in which they “officially terminated” Weiland. “It wasn’t spontaneous by any means,” Kretz insists, defending that action. “He was making choices, and they were all going bad.” The three toured and recorded with Linkin Park vocalist Chester Bennington until November 9th, when Bennington announced he was returning to his other band.

Weiland’s death on December 3rd at age 48 came far from the limelight – as he struggled to promote a recent album, Blaster, with his latest band, the Wildabouts, in clubs and small halls. Authorities in Minnesota had not issued a cause of death by press time. But Bloomington police reported finding several prescription medications on Weiland’s bus as well as two bags of a substance later identified as cocaine.

Jamie Weiland, Scott’s third wife, says her husband was drinking heavily “before he left on this tour. He did tell me, ‘I’m going to get it together.'” She joined him on the road for a week in November and says Scott was “just killing it” onstage, “every night taking it up a notch.”

At STP’s arena-packing height in the Nineties and as recently as this past spring, playing with the Wildabouts at SXSW, Weiland was one of rock’s most jubilantly aggressive frontmen – belting songs like STP’s “Dead & Bloated” through a bullhorn as he stalked the stage in a panther-like glide. “Dean, Eric and myself – we can roll people over,” says Robert DeLeo. “But Scott was leading us. He had the power and charisma. It was as if we were getting baptized every night.”

Weiland was also a singer of wide dramatic range – from the hissing irony of “Sex Type Thing,” on Core, to the plaintive clarity in “Sour Girl,” on STP’s 1999 release, No. 4 – as well as a witty, incisive lyricist who aimed his most unforgiving lines squarely at himself. “I made excuses for a million lies/But all I got was humble kidney pie,” Weiland sang in the 1996 STP song “Tumble in the Rough,” recorded during one of his worst periods of heroin addiction. In 2001, Weiland was diagnosed with bipolar disorder, which he noted wryly in an STP song that same year, “Bi-Polar Bear.” “There was a big mirror there for Scott,” Robert DeLeo says, “taking what he saw in himself, whether he liked it or not, and making it into something great musically.”

“He was well aware of where he was in his career, of how he got there,” says Weiland’s manager Tom Vitorino, who started working with the singer this past July. Vitorino recalls one early meeting with Weiland. “He said, ‘I’m sure you hear all this stuff about me. Why would you want to do this?’ I said, ‘Because you don’t have a talent problem.'”

Weiland was born Scott Richard Kline on October 27th, 1967, in San Jose, California. His parents divorced when he was two. Growing up in Chagrin Falls, Ohio, then Huntington Beach, California, Scott took the last name of his mother Sharon’s new husband, David Weiland, when she remarried. Weiland and Robert DeLeo, originally from New Jersey, met in 1985; by 1990, they were living and playing in Los Angeles with Dean and Kretz and had recorded demos of the future Core hits “Wicked Garden” and “Piece of Pie.”

Robert remembers writing songs with Weiland while the two had jobs across the street from each other on Sunset Boulevard. Robert worked at a guitar store; Weiland drove models to photo shoots. “I would call him and say, ‘Come over here,’ ” Robert says. “I’d have a melody, show that to Scott, and he’d make it his own right away.”

“Everything came easy to him – riding a horse, waterskiing, basketball,” says Dean. When STP had a cookout after filming the video for the Core single “Plush,” Weiland made jerk chicken that was “spectacular,” Dean raves. But the singer couldn’t stop “racing, worrying. He had a hard time accepting help, allowing himself to receive it.”

Weiland began experimenting with drugs in high school but first used heroin on STP’s late-1993 tour with the Butthole Surfers. He famously described the depths of his addiction in a 1997 Rolling Stone cover story: “I didn’t feel like I had a good enough rush unless I had one hand on the needle and one hand dialing 911.” Three years later, after seven months in prison for violating probation, he claimed his compulsion ran deeper – “this elation that comes from knowing that you nearly lost your life – and knowing that you’ve come through it.” 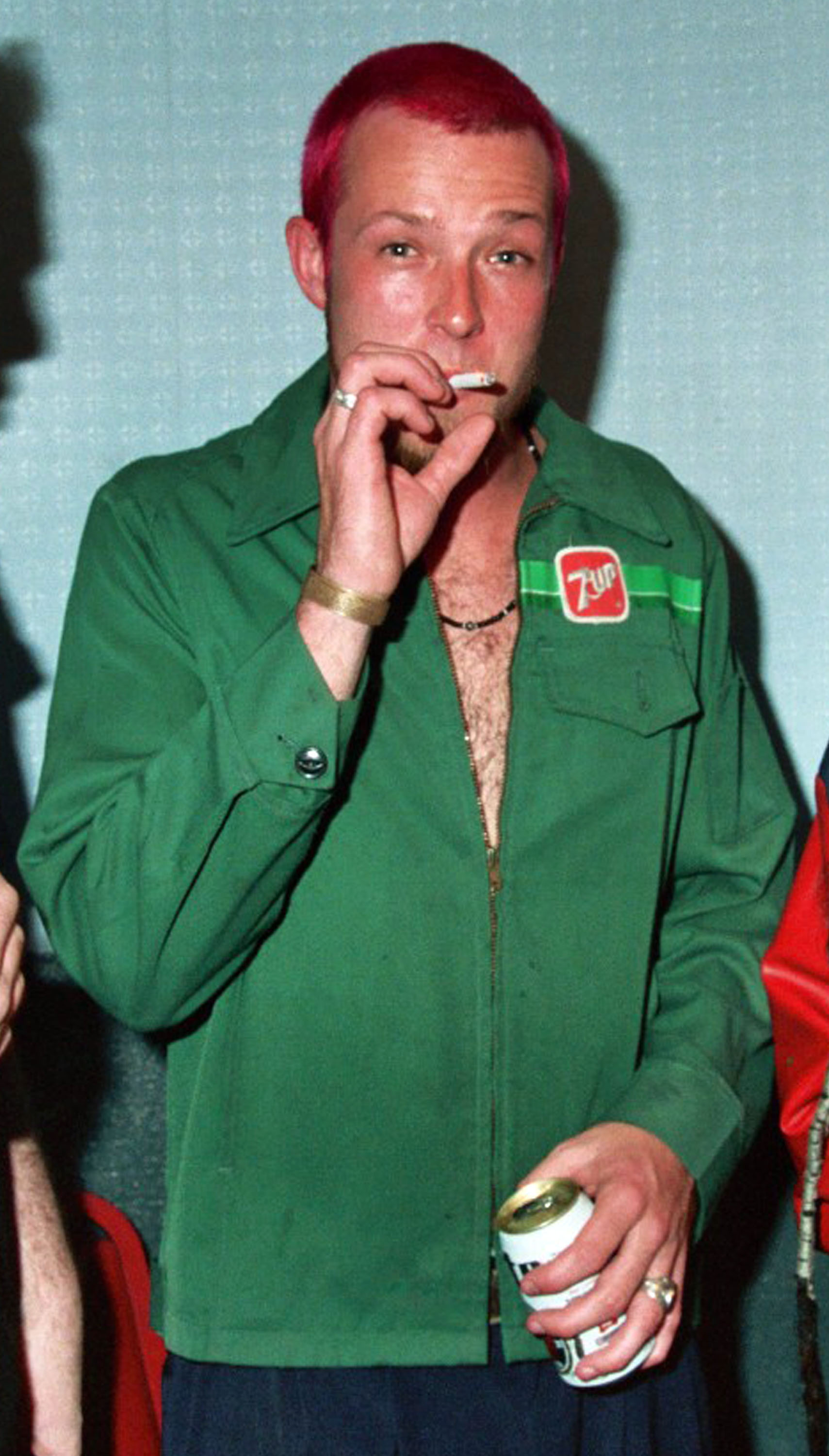 Drugs cost him dearly in other ways. Weiland’s younger brother Michael died in 2007 of heart complications, after years of substance abuse. Then last spring, the day before Blaster was released, Wildabouts guitarist Jeremy Brown died from an accidental overdose of prescription medication, according to Lucas Keller, Weiland’s manager at the time.

The singer was “like a ghost” at Brown’s funeral, Keller says. “This was his best friend. And then we had to have the conversation afterward – where do we go next?” Weiland had “come out of the Stone Temple Pilots thing,” recently settling the legal actions stemming from his dismissal. “He’s inspired, making a new record, and the guitar player dies. It was a lot of stuff at once.”

Brown’s death “completely destroyed” Weiland, Jamie confirms. He rebuilt the Wildabouts and went on tour. But “even up to a couple of weeks ago, when I saw him, he’d talk about Jeremy every day. He always had tears in his eyes.”

Still, Weiland had ambitious plans for 2016: a new record with the Wildabouts, more touring, a follow-up to his 2011 memoir, Not Dead & Not for Sale. “He was so tenacious in his lust for life in the early years,” says Kretz. “I really hoped he would come back – and have a second chance.”

After Weiland’s death, Robert went into his garage, where he keeps his lifetime of STP memorabilia. “I was looking back at all the stuff I saved,” Robert says. “That’s how I want to look back at Scott: for what he added to my life.”