One woman narrowly missed the grips of the Baseline Killer, a notorious Arizona serial killer on the prowl in the mid-2000s. Another man was aboard the American Airlines Flight 63 when Richard Reid, the “shoe bomber,” was apprehended. Then there’s the guy who had a recurring nightmare about an evil babysitter — a dream that could very well be a memory. These are all stories explored in Tenderfoot TV’s and Cadence 13’s podcast Radio Rental, created by Payne Lindsey and hosted by Rainn Wilson under the name Terry Carnation.

Radio Rental is part radio play, part interview show; Wilson as Carnation is a video store clerk doling out spooky stories to listeners. Although amusing, the actor’s puns and oddball quips pale in comparison to the stories Lindsey gathered together for the show. According to Vanity Fair, Lindsey (who also created Up and Vanished) spent a year trolling forums and Reddit threads for people who had truly creepy tales. “They are stories that are like real-life Twilight Zone moments, where sometimes they’re explained, sometimes they’re not,” he said.

5 Scary Podcasts to Get You in the Mood for Halloween 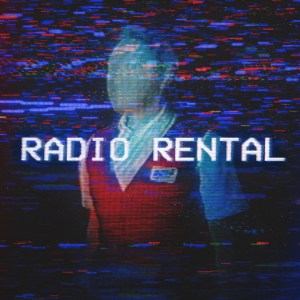 Lindsey went to great pains to verify what he could — the Baseline killer and Flight 63 were easier than more supernatural tales — and traveled across the country to conduct interviews. Everyone remains anonymous, but the show does a masterful job weaving stories from regular people’s rememberings: there’s the story of a man who discovered his 11-year-old friend was an adult woman, the guy whose girlfriend seemingly traveled through time right in front of him, the man who narrowly escaped what seemed like a ritual murder — and many more tales. They’re all solid, with the exception of one rambling recollection that involved a ham and cheese sandwich. You can skip that.

“I wanted to build a universe that was just more fun, based on the idea of sharing your personal scary experiences with other people,” Lindsey said. “The brighter side of the scary stuff.”

Radio Rental dropped the first seven episodes over the last few months, the last launching in early December. Although currently on hiatus, it is slated to return in March 2020.