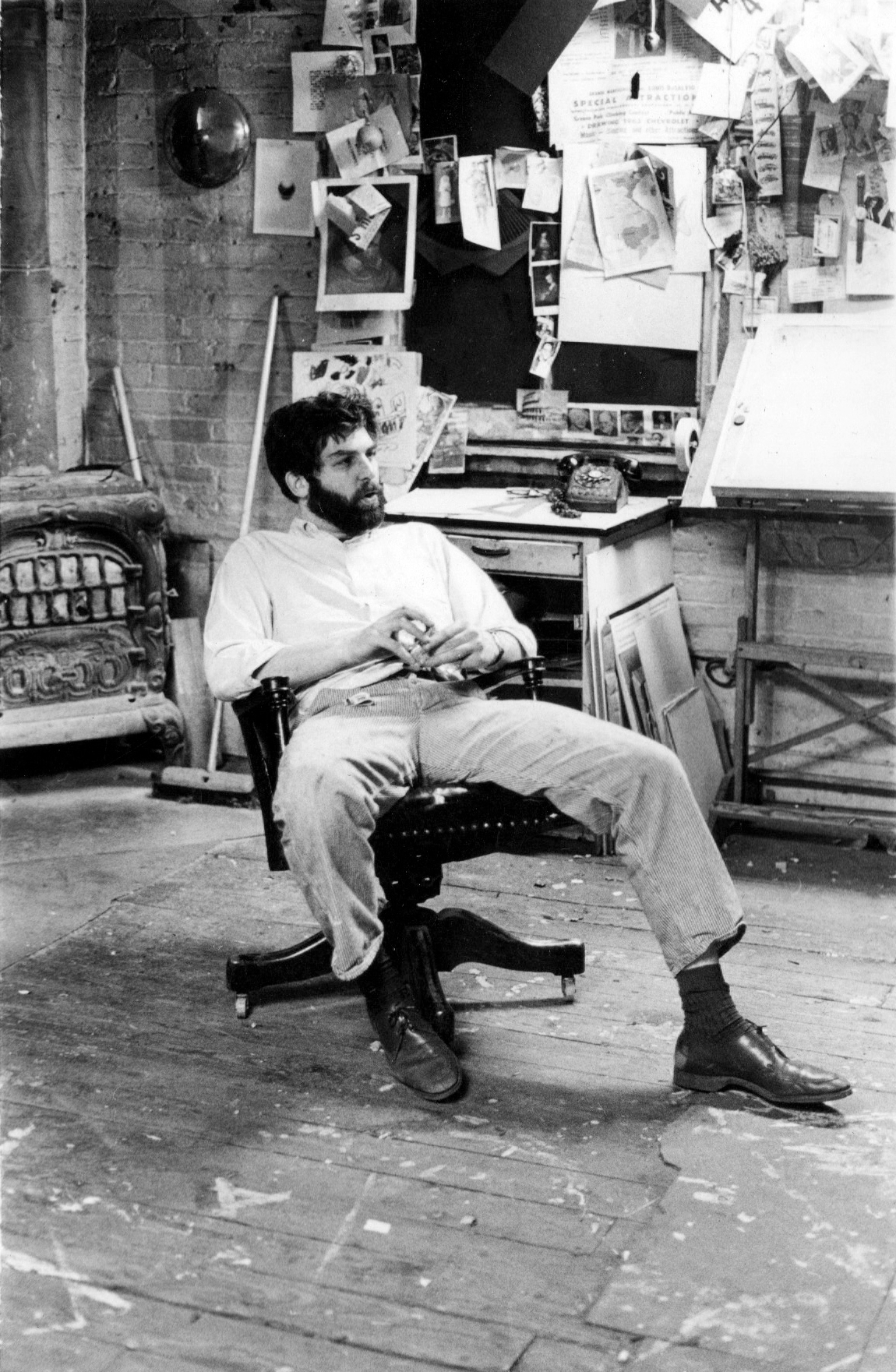 Robert Grossman, the artist and illustrator whose musician portraits and madcap political caricatures featured on the cover and in the pages of Rolling Stone, died March 15th at the age of 78. His son, Alex Emanuel Grossman, confirmed his death to The New York Times.

For Rolling Stone, Grossman created the image of the Grateful Dead’s Jerry Garcia for the cover of a November 1973 issue, the illustration of Crosby, Stills & Nash that accompanied a 1977 story about the trio’s reunion and a caricature of Bob Dylan – wearing a shower cap and neck-deep in water – that featured alongside Rolling Stone‘s review of Hard Rain. Each piece also highlighted Grossman’s now-renowned and often-imitated use of the airbrush.

Grossman was also well known for his lacerating political caricatures for the magazine, including the illustration of George W. Bush wearing a dunce cap for Rolling Stone’s 2006 cover story “The Worst President in History?” and Richard Nixon reaching up the Statue of Liberty’s skirt. Mitt Romney, John McCain (as the “Make Believe Maverick” and a “Crybaby“), the 2016 Republican presidential candidates and the “Congress of Swine” were also targets of Grossman’s biting pen.

Grossman was born in Brooklyn, New York in 1940. His father, Joseph, worked in silk-screen printing. He attended Yale, where he got a taste of political satire by working on humor magazine The Yale Record. After graduation, he took a job assisting the art editor at The New Yorker.

He also embarked on his prolific freelance career, which included over 500 magazine covers for the New York Times, New York, New York Observer and The Nation, among others. He is also credited with creating one of the first black superheroes, a character named Captain Melanin that appeared in some of his 1960s comic strips, along with the iconic knotted-up airplane illustration featured on the poster for the 1980 comedy Airplane! 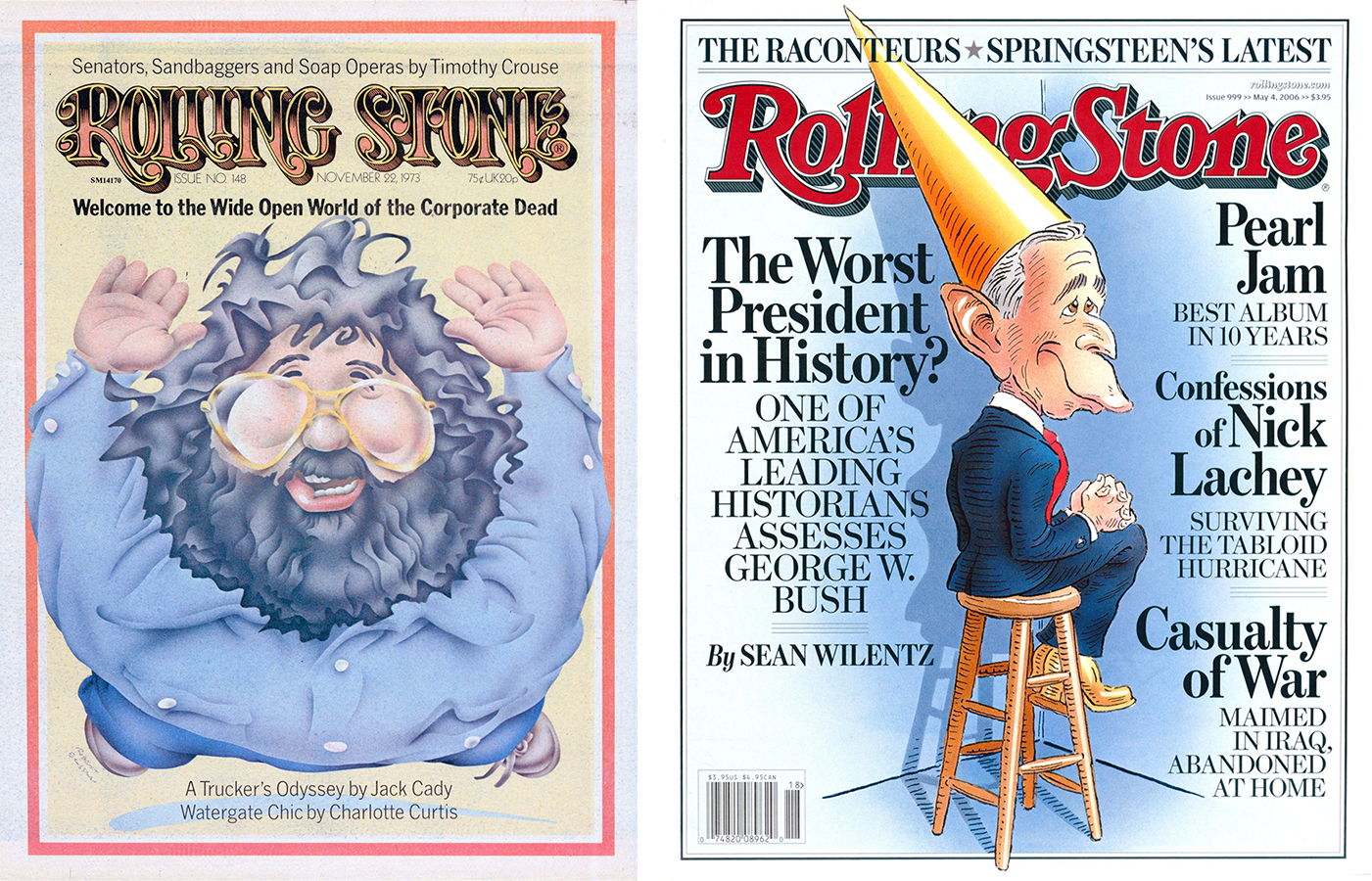 In addition to his accomplishments as an illustrator, Grossman also dabbled in music – during a short-lived career as a folk singer, he released an album titled Cosmo Alley Presents Bob Grossman. He received an Academy Award nomination in the Best Animated Short Film category in 1977 for his work on Jimmy The C. The short included a clay-animated version of President Jimmy Carter singing Ray Charles’ version of “Georgia on My Mind.”

But Grossman never stopped creating satirical political illustrations. During the 2008 campaign, he invented O-Man, a character based on President Obama, who faced off against Milt Rhomboid and Rich Gingnewt. More recently, Grossman posted short strips online titled “Twump and Pooty,” which detailed an exaggeratedly friendly relationship between President Trump and Vladimir Putin.

Though some of his most famous caricatures took on right-wing politicians, Grossman said he was happy to lampoon anyone and everyone. “I don’t think cartoons are ever ‘for’ anything,” he told The New York Times in 2008. “The idea is to ridicule everything, although you are free to guess for whom I am likely to vote when the time comes.”