If you blew through Orange Is the New Black last weekend and are chastising yourself for lacking all manner of self-control, here’s some good news: The hilarious six-episode comedy Catastrophe premieres on Amazon Prime this Friday, June 19. It has nothing to do with prison, technically — although that probably depends on how cynical your view of domesticity is. When Rob (Rob Delaney) gets Sharon (Sharon Horgan) pregnant after what was supposed to be a business-trip tryst in London, the couple decide to give coupledom a go. Everyone seems more than a little skeptical of the union, from Rob’s mother (Carrie Fisher) and Sharon’s perfectly rendered frenemy Fran (Ashley Jensen) to the slightly-less-than-dynamic duo themselves.

The premise sounds like typical sitcom contrivance, but with Richard Linklater’s Before Midnight cited as inspiration, you can trust Catastrophe to be similarly genuine and terrifically astute. The series was co-created and co-written by its stars: Both Delaney, the winner of Comedy Central’s “funniest person on Twitter” award (Sample tweet: “Do you think Batman ever went over to Catwoman’s apartment to hook up but saw a huge turd in the litter box & fucked her twice as hard?”) and Irish comedian Horgan have a surprisingly tender touch with their acerbic counterparts. And while Delaney’s stand-up routines tend to obsess over sex and bodily effluvia with an almost juvenile glee, his fictional Rob is infinitely more mature, if just as eager to poke fun at himself. (Fran’s husband says that his wife can’t stand Rob, explaining: “She hasn’t been able to enjoy an episode of Mad Men since that night because you remind her of Harry.”)

The L.A.-based actor started out in comedy a little more than a decade ago, after a drunk driving accident in 2002 convinced him to get sober and get his professional life in order. Since then, he’s written columns for Vice and authored the 2013 book Rob Delaney: Mother. Wife. Sister. Human. Warrior. Falcon. Yardstick. Turban. Cabbage. We caught up with him by phone while he was in Horgan’s trailer in London, working on the script for Catastrophe‘s second season.

How did you and Sharon meet and conceive of this series?
I was a huge fan of hers. She’s made some amazing sitcoms over the years, and we met because I saw that she followed me on Twitter and I thought maybe that was a mistake. So I wrote her and said, “Hello, I’m crazy about you.” We would hang out whenever she was in L.A. or I was in London. And we both have multiple kids, we’ve both been married for a good long while, and the story we’re most interested in is the horror show — or “joke shop,” as she calls it — that marriage and parenting can be. Most sitcoms about marriage actually suck.

How do your respective spouses feel about you collaborating on a show about the perils of relationships?
They’re generally cool about it. Sometimes we lift stuff whole cloth from their lives and then they see it and are shocked. But enough of the show is such abject fantasy that I don’t think they feel taken advantage of or exposed. Plus, my wife and Sharon’s husband are very funny people so they’re pretty game. 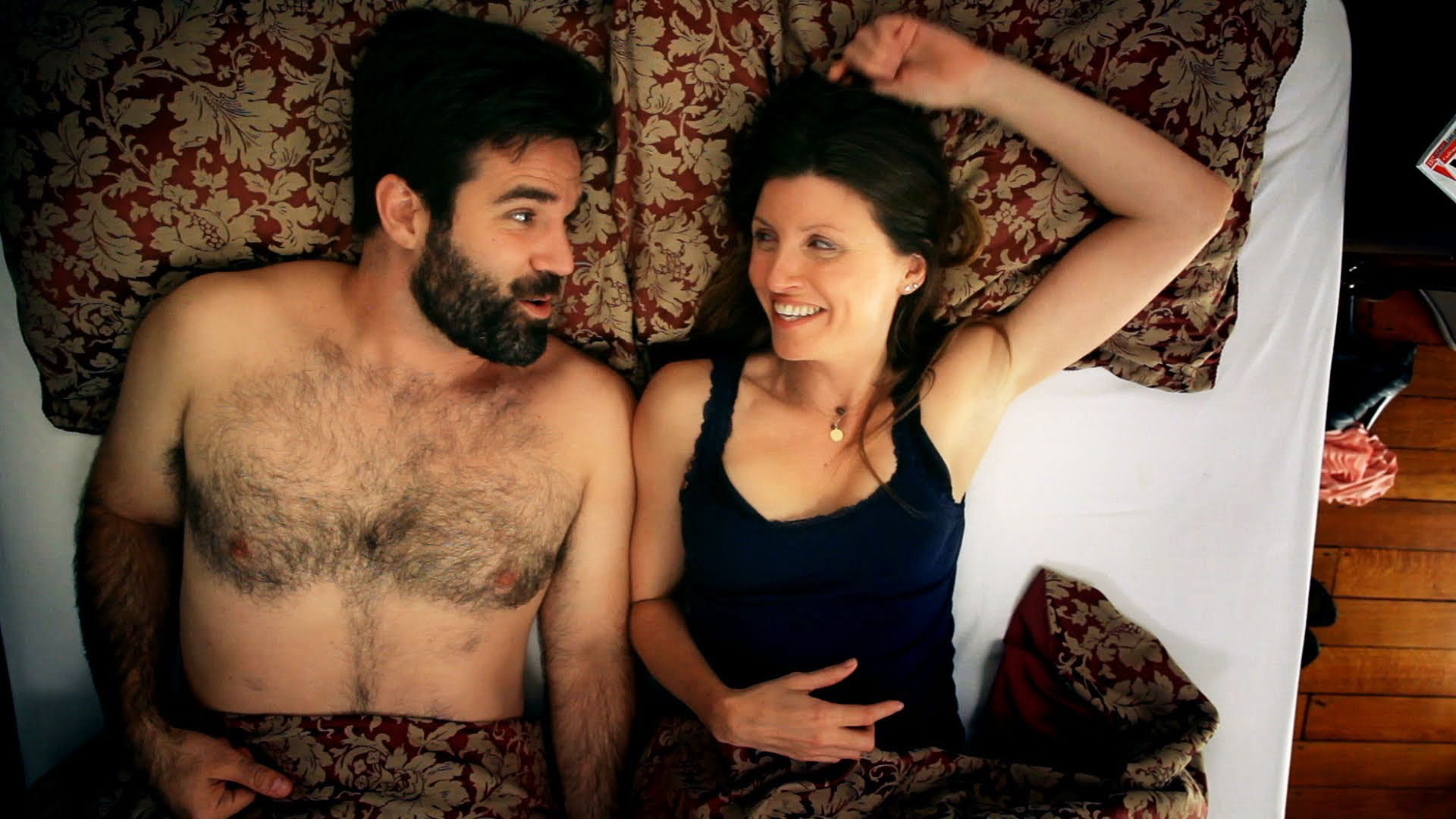 Why did you decide to set it in London? Did you guys arm wrestle over that or did you just want to get out of L.A.?
That was solely a circumstantial thing, a function of the fact that we conceived of it with a British production company. It became a British comedy, but the feeling could have been achieved in Los Angeles or Athens or wherever.

You’ve mentioned Before Midnight as an inspiration. Anything else?
That’s the one that speaks to me the most. I thought This Is 40 felt real. Judd Apatow casting his own wife and working with his real family and people that he knew very well was like Richard Linklater in Before Midnight. It’s possible that it’s easier to write about a heist or Jem and the Holograms than it is to throw something together about marriage. I think you have to bleed into it for it to ring true.

How did you arrive at the line delivered by Fran’s husband that describes childbirth as “a little troll […] toboganning out of your wife’s snatch on a wave of turds”? Because that is pure poetry.
We’re super, hyper-specific about what characters say. At first, it’s really arbitrary, and then we go over it by syllable again and again and again and agonize over whether a character is going to say “so” or “anyway.” What we wanted to do was show a guy talking about birth who really didn’t give a toss about women and what they experience so we wanted to take the most wonderful thing that could ever possibly happen and have a man describe it in terms that made him look like a monster. We wanted to have Rob, our protagonist, be horrified by his lack of empathy.

“Fuck rape. We have to eradicate it. Why wouldn’t we use one of humanity’s most potent weapons — humor — to do that?”

You’re clearly not afraid to be risqué or graphic, and you’ve even touched on the subject of rape in your stand-up. Is there anything that should be off limits in comedy?
No, I don’t think anything’s off limits. You have to examine your goal in talking about something. You mentioned rape — it’s right up at the top of the list of the worst things that could ever happen to a person. There’s nothing funny about that and there’s no argument to be made otherwise. But humor is a powerful weapon, and if you can employ it in a way that, when taken to its extreme, will create a dialogue, foster a climate of safety and maybe even reduce the number of rapes in the world, then that’s okay.

Fuck rape. We have to all work together to eradicate it. Why wouldn’t we use one of humanity’s most potent weapons — humor — to do that? Rape can’t be the punch line, but if we can ridicule or satirize the people or the behaviors that create an environment that lead to [rape], then I’m going to do that.

What’s your thought on trigger warnings?
I am all for fostering sensitivity and awareness that different things upset certain people more than they do others. I’m not saying: Don’t care about your audience. But the phrase “trigger warning” was invented 20 minutes ago. We didn’t have it before, and the world still trucked along fine. Trigger warnings are silly, or rather the people who would use the phrase — I’m not saying they’re fucking idiots. I’m saying they’re clowns. The spirit behind them is maybe noble but also: Fuck off.

You’ve said that your car accident was the moment that you decided to get sober and go into comedy. Had you not thought of it as a career before?
Basically, in 1998, during my senior year of college, I started going to comedy shows and realized, “Whoa, you can do this.” These people were just a few years older than me, we’re in the same city, and if you saw me in a lineup with them, you wouldn’t be like, “Hey, he sticks out.” So it occurred to me that this was a possibility. I would develop only develop a laser-like focus on it after getting sober and older, which I hope is good news for younger people who feel like scattershot idiots. After the accident, I was like, Jesus, we have but a few minutes on this planet. Better get busy living or get busy dying. [Pause] Please put that I said that in a weird asshole accent. 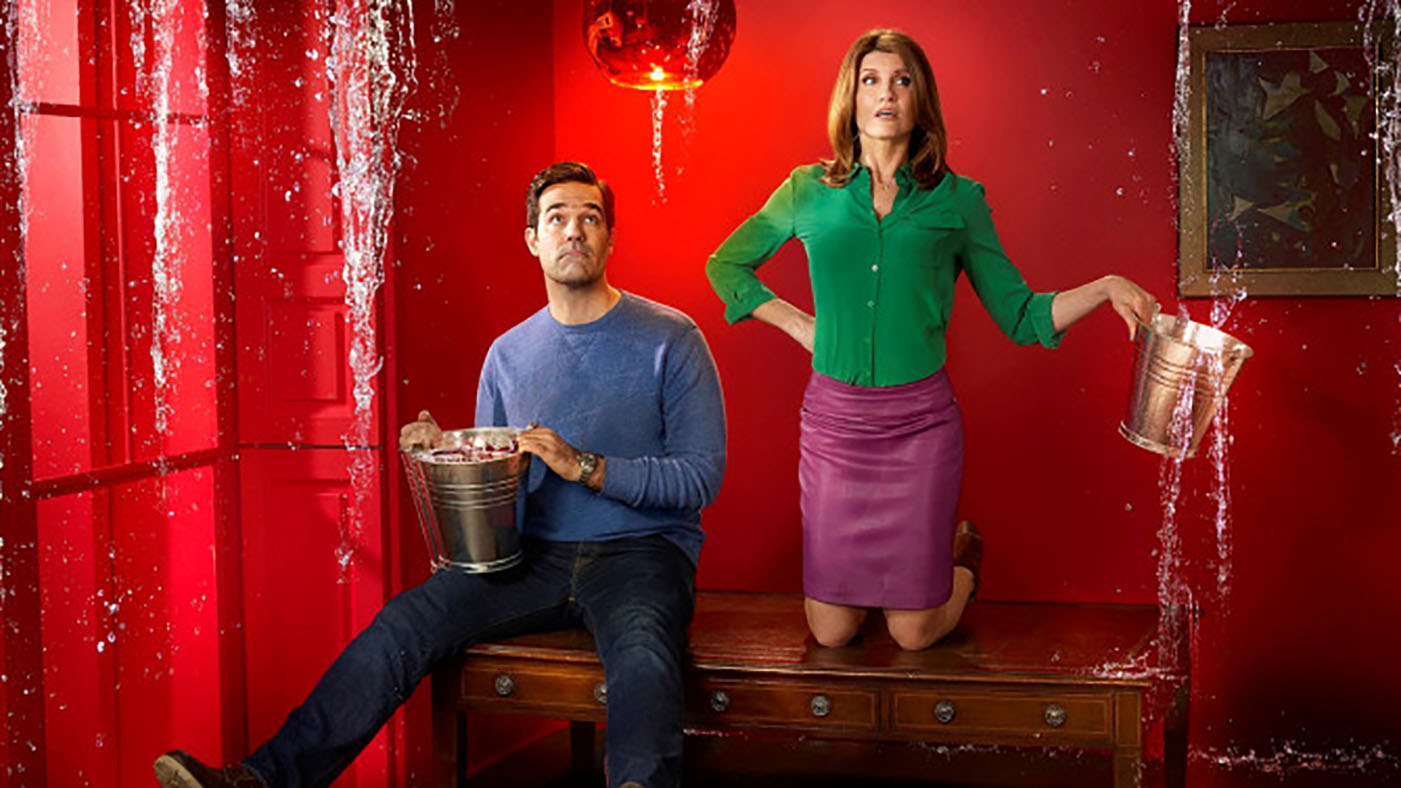 Do you think the notion that substances fuel creativity still persists, or do you think there’s less romanticism around drugs and alcohol these days?
I mean, I’m going to outlast somebody who’s loaded. Even if they’re funnier, I’ll get the paycheck two years from now that they should have gotten because they’re dead. I know that sounds bleak. But, no, I don’t think there’s a relationship between drugs and creativity or comedy — are you kidding me? You have to be so on your toes. I work with Sharon Horgan every day; if I was not in full control of all my faculties at all times, how would I get into the ring with that gladiator?

Being called the funniest person on Twitter is a pretty high compliment — did you set out with the intent to make a name for yourself?
You’d have to have quite a crystal ball to imagine that something that weird and new and specific would lead to anything. When I joined in 2009, I was submitting joke packets to every late-night show multiple times and not getting hired, so I was always writing jokes and wanting to put them somewhere. Finally, a way came into existence that I could do that. It’s ridiculous and amazing.

The only reason people call me the funniest person on Twitter is because of the Comedy Central awards [in 2012] and they haven’t had any since. I guess it didn’t make any money, so I sort of have that distinction in perpetuity. It’s good for me, but it’s sort of like winning the gold in the 1842 Olympics for a sport that doesn’t exist anymore.

In the years since you wrote your article for Vice about suing Kim Kardashian, she’s been referred to as a feminist and called “important.” What’s your reaction to that?
I’m not a fan of her and her family. Obviously, she is of economic importance to E! Entertainment television and Ryan Seacrest’s production company. But that’s it. The Kardashian family is like the human skin they put on the tip of an incredibly destructive capitalistic missile. They have had a negative effect on the national and international consciousness, and they’re a giant stinking shame.

A lot of your comedy involves bodily excretions. Have you always been obsessed with/repulsed by this topic?
I really truly have been. . . Mad magazine and Garbage Pail Kids and all that. I can remember writing some poems when I was in elementary school, and having my teacher ask my parents, “What’s going on with this guy?” At around eight or nine, I wrote one about my dog eating a bunch of Canadian geese shit on a golf course and then getting violently sick in our basement. I submitted it for a bound collection of student poems at the end of the year. It got in.

There’s so much to look forward to: Rob with his mom, his relapse, Fran’s thespian son — are we going to see some of this in Season Two?
You know, it’s funny, because I’m actually in Sharon’s trailer right now. She’s snuck off to shoot a scene on another television show, and I’m working on a script, and we’re about done with the first draft of the final episode [of the second season]. The only thing that we’ve been saying to anybody is that the season begins a ways in the future. It does not begin at the end of what you’ve seen.

The reception seemed really positive when it aired over there on Channel 4 in January.
Can I talk off the record? Scarily so. We were in medical shock. On the record, we’re fortunate and the reception was positive.

That doesn’t have quite the same ring as what you said off the record.
Well, I guess you can say that if it seems in saying it that I’m embarrassed. Not that I explicitly, mercenarily tooted my own horn. But I would love for you to do that.