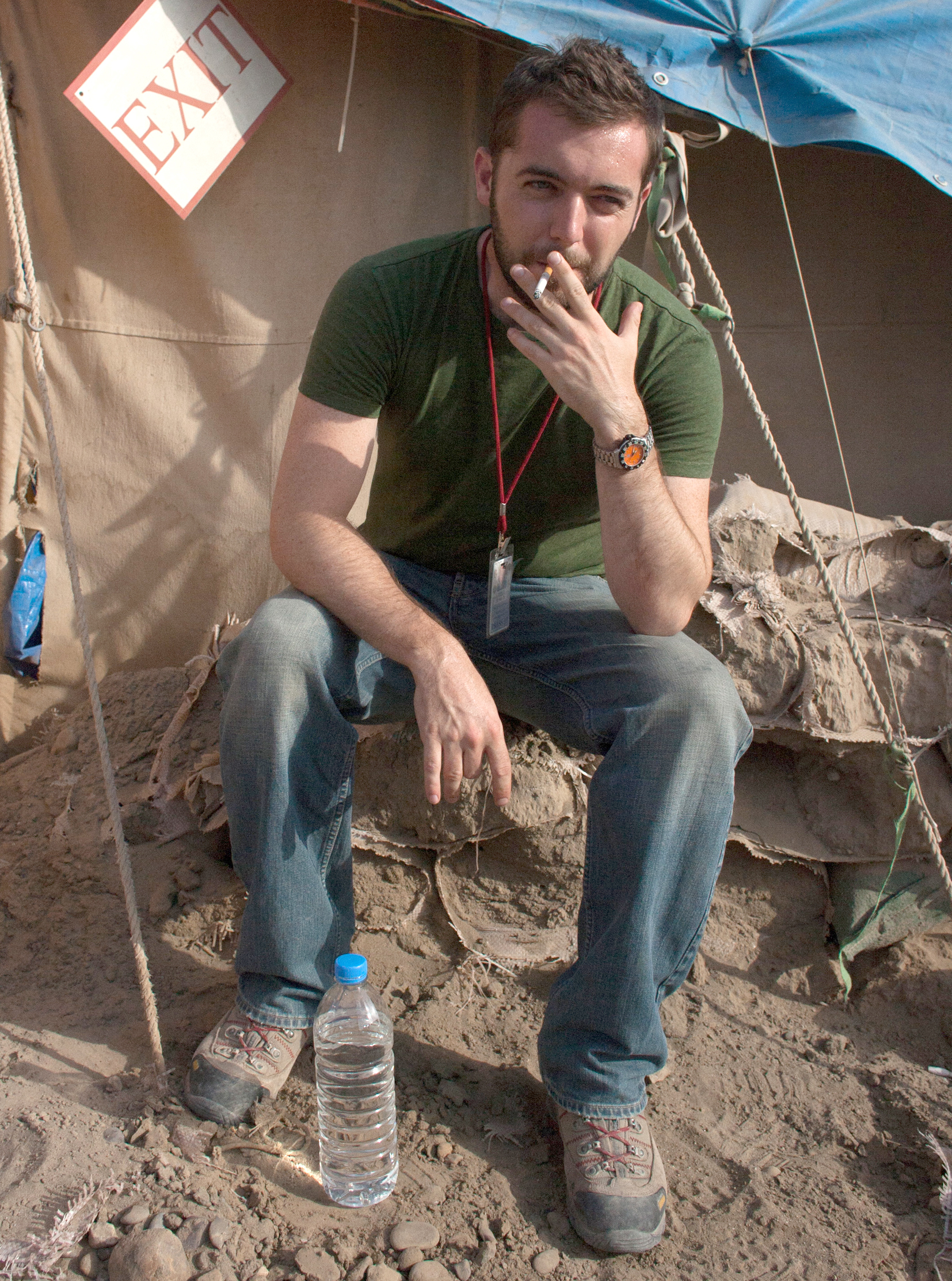 Elise Jordan, the widow of journalist Michael Hastings, is standing in the kitchen of the Manhattan apartment they shared during their two-year marriage. She’s reading from a medical examiner’s account of her late husband’s fatal single-car accident in Los Angeles almost exactly a year ago. “Oh, this is really bad,” she says and begins to cry. “He was dead before he burned up, just from blunt force. Arm fractures, head injuries, rib fractures, pelvis fractures, skull fractures, injuries to the brain, laceration of the liver, bruise of the lungs, tear of heart, tear of thoracic aorta . . .”

Hastings, whose 2010 Rolling Stone piece “The Runaway General” led to the firing of Gen. Stanley McChrystal, the commander of U.S. and NATO forces in Afghanistan, had already established a groundbreaking legacy when he died at age 33 last June. Shortly after his death, Jordan went on his computer and found an all-but-completed novel he’d written based on his days as an intern and foreign correspondent for Newsweek during the mid-’00s. Titled The Last Magazine, it’s a frenetic and darkly funny roman à clef about the media of the Bush years. (Hastings had also written a political sci-fi thriller called 2028 and a memoir about his struggles with drugs and mental illness in college.)

The Runaway General: The Profile That Brought Down McChrystal

“I raced through it in probably two hours,” she says of The Last Magazine, which just hit shelves. “It was this rush of him and his voice. I was hurting so much when I found it, so it gave me a couple of hours where I felt he was still with me.”

The book’s protagonist is “Michael Hastings,” a nattily dressed twentysomething intern doing research for editors trying to keep their publication relevant by rubber-stamping the invasion of Iraq. (One of the editors seems strongly based on pundit Fareed Zakaria; another solemnly proclaims, “I’ve always been fascinated with war leaders.”)

After Hastings’ death, the Internet was full of conspiracy theories explaining the accident, including an insinuation that he’d been the victim of a cyberattack by the Obama administration. “I worked for the U.S. government,” says Jordan, a former director of communications for the National Security Council. “We’re not that sophisticated.”

But Jordan wasn’t without her own concerns, so she commissioned a private investigation into his death. Jordan believes Hastings’ crash and the subsequent fire were accidental. “They say the car blew up, but it’s not like a bomb,” she says. “I’ve seen bomb detonations before, but this was a burning.” She was angered by the coroner’s report that implied Hastings was using meth. “That ended up in a lot of headlines – MICHAEL HASTINGS: METH USER – which is just totally wrong,” she says. “They detected a low level of amphetamine, which could be Sudafed or Adderall, but it wasn’t meth.”

Hastings, who told Jordan he was reporting on NSA surveillance at the time, was described by friends to be behaving erratically in his final days (Jordan uses the phrase “emotional volatility”). “He had some paranoia about being surveilled,” Jordan says. “But I don’t think surveillance caused his death. Two things can exist separately.”

This story is from the July 3rd, 2014 issue of Rolling Stone.