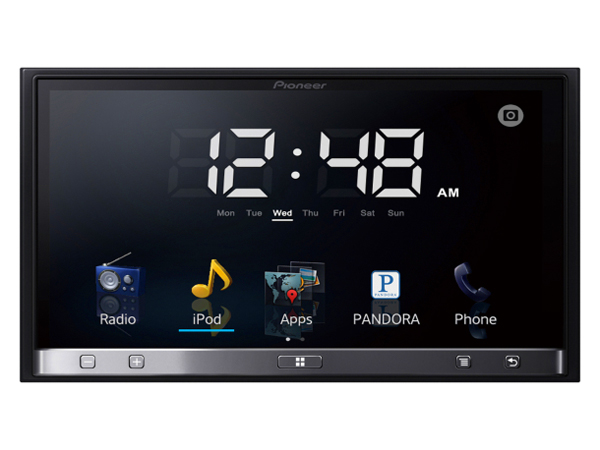 Supported by software programs, which will be created by both Pioneer and third-party developers, the system will cover a range of functions, from digital music playback to on-demand entertainment and in-vehicle navigation. Systems will also provide broader hardware compatibility, adding support for additional Android handsets (including units featuring Mobile High Definition Link and micro HDMI connections) alongside Apple’s popular iPhone 4 and iPhone 4S devices. Powered by a bigger touchscreen controllable via taps and physical gestures, and offering wireless hands-free calling via Bluetooth, the motion-sensing AM/FM systems will also integrate with rear cameras and external amplifiers.

Capable of tapping into smartphones’ wireless connectivity and high-speed downloads, the systems will allow for future expansion through the retrieval of digital apps. Despite concerns such as vehicular safety, which may be impaired when using such programs while driving, Pioneer says that it is providing developers with the tools and standards needed to meet these high-tech challenges.

Shipping in April, the AppRadio 2 will sell for $499 alongside the original AppRadio, priced at $399. Streaming music-enabled vehicles by Audi, Ford, Mercedes-Benz and other automakers are expected to be a popular theme at this year’s CES and throughout 2012.