Phoenix Serial Killer: Everything You Need to Know - Rolling Stone
×

UPDATE: Phoenix police announced Monday that they have arrested a suspect in the case, according to the Associated Press. Aaron Juan Saucedo, 23, a former bus driver, was charged with 26 counts of homicide, aggravated assault and drive-by shooting in connection with 12 incidents that occurred between August 2015 and last July. Saucedo was arrested last month in connection with the shooting death of Raul Romero, who had a relationship with Saucedo’s mother, though according to police, he does not have a connection to the other eight victims. According to the A.P., Saucedo’s public defender was not able to be reached for comment.

There is unease amongst residents of Phoenix, Arizona and its suburbs, who have spent the past six months fearing for their lives after a serial killer has made the city and its surrounding area his target zone. The killer, dubbed the “Serial Street Shooter” by local police, has attacked unassuming citizens at random, beginning on March 17th, 2016, when he shot a publicly unidentified 16-year-old man, who survived.

This sadly, has become an all too familiar feeling for the people of Phoenix, who from August 2005 to June 2006 were terrorized by two serial killers – The Serial Shooter and The Baseline Killer – simultaneously. These murderers were collectively responsible for the deaths of 11 citizens.

Who has been shot?
On March 17th, the Serial Street Shooter struck his first victim, a 16-year-old man who was walking down the street around 11:30 at night, but he survived. (The names of surviving victims haven’t been released.) The next night, a 21-year-old male was also wounded while standing outside of his car, but also survived. Then, on April 1st, the shooter murdered his first victim, 21-year-old Diego Verdugo Sanchez, outside of his home. It would be nearly three weeks before he would strike again, but when he did, he shot and fatally wounded Krystal Annette White, 55, on the street. His next victim was 32-year-old Horacio De Jesus Pena, who was shot and killed on June 3rd. Just one week later, Manuel Castro Garcia, 19, became the fourth victim. On June 12, at approximately 2:35 a.m. he shot into an empty car, and less than 30 minutes later, took the lives of Angela Linner, 31, Stefanie Ellis, 33, and Ellis’s young daughter Maleah, who was just 12-years-old when she died. It was around this time that Phoenix Police began to believe they had a serial killer on their hands. The latest Serial Street Shooter attack came on July 11th, when the shooter attempted to kill a 22-year-old man, and his toddler nephew, who is just 4-years-old. Both of these victims escaped the incident uninjured, but the next day, Phoenix police announced to the public that they were on the hunt for a serial killer. 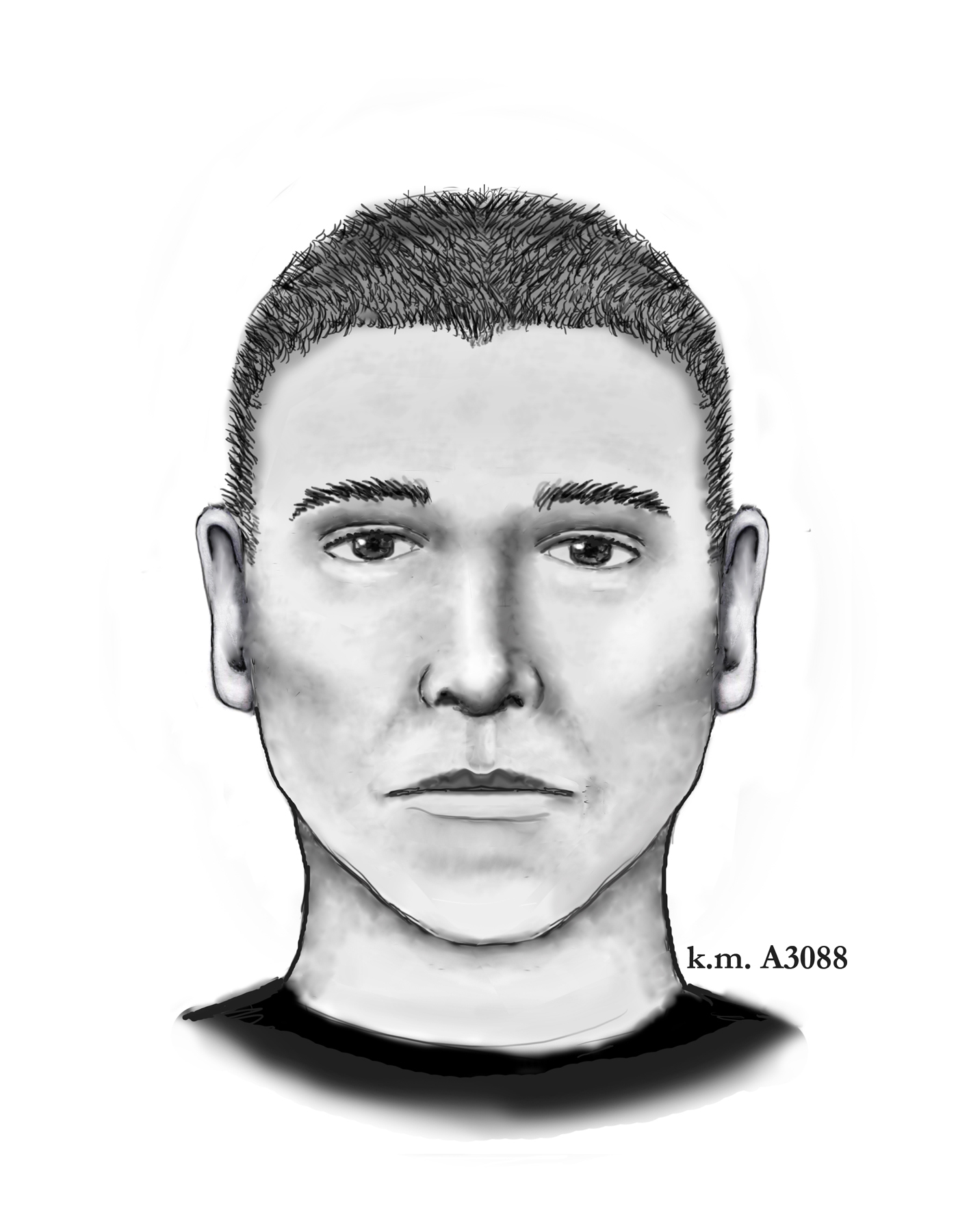 How do they know what the shooter looks like?
Phoenix Police have confirmed that the composite sketch of the “serial street shooter” matches that of the description given to them by the 22-year-old man who survived the July 11th attack. The victim described the suspect as a light-skinned latino man, in his early twenties. A separate report from CNN indicated that the man may also have a lanky build.

The July 11th incident took place when the unidentified man and his 4-year-old nephew were at a stop sign after leaving a nearby laundromat. A man in a black BMW sedan opened fire on them at point blank range using a handgun. Their vehicle was struck by two bullets, one on the driver’s side and one on the passenger’s side. Despite the circumstances, the victim managed to get a good look at the shooter and his vehicle. Both victims were uninjured.

Is there a motive?
Establishing a motive for the serial shooter has proven a difficult task for Phoenix police, since he appears to choose his victims at random. There is also no indication of racial motivation, as his victims have been both hispanic and black – though he has targeted the predominantly lower-class latino neighborhood of Maryvale on multiple occasions, which could suggest a familiarity with the are. Furthermore, the victims have ranged in sex and age, with the oldest victim aged 55, and the youngest, just 12.

What’s his modus operandi?
The shooter tends to target unsuspecting people sitting in cars or standing outside at night. He arrives to the scene of the crime in a vehicle, and departs in it as well. He has fired shots from inside of his vehicle, and on at least one occasion, exited his vehicle to shoot three victims listening to music in their driveway. As far as the kind of car he drives, eye witness accounts have varied, leading police to assume that the he may have access to more than one vehicle. The majority of witness descriptions have matched the photograph of a black BMW sedan – though other witnesses claim to have seen the man in a light-colored Lincoln or Cadillac. Police have not officially ruled out the possibility of multiple suspects working together.

Do the police have any leads?
The police are looking to the public for help in solving the serial shooter case, and know that they will play an integral role in bringing the shooter to justice. Members of the Maryvale neighborhood, and surrounding communities have provided more than 1,500 leads, none of which have lead to an arrest.

During a press conference on August 25th, Arizona Attorney General Mark Brnovich said “We know that someone out there knows who this person is.” Brnovich also mentioned that the reward for information leading to the capture of the shooter had increased to $75,000, which has been confirmed via a status update posted on the Phoenix Police Department’s Facebook page.

Where are the Feds in all this?
Phoenix police are so desperate to solve this case before there is any more bloodshed that the FBI has brought in its Behavioral Analysis Unit – or BAU, famous as the basis for, among other things the long-running CBS procedural Criminal Minds – to help look for clues that could help solve it. However, the BAU is playing their cards close to their chest, and won’t discuss any details of the profile they are building, as to not tip the shooter off.

Could this be the work of the “Phoenix Freeway Shooter“?
Between August 27th and September 10th, 2015, eight vehicles were struck by bullets and three other vehicles on Interstate 10 were struck by “unspecified projectiles.” Police have explored every possibility that these new shootings could be connected – although there are some similarities between these shootings and the new string, Police have yet to find forensic evidence connecting the crimes.

“They give us a list of things and then we kind of go through each one individually and see, this one might match, this one doesn’t match,” Phoenix Police homicide Lt. Ed DeCastro told the Arizona Republic in an early August interview. “Then we go old school and go through each report.”

Police originally arrested a 21-year-old in September 2015 in connection to the highway shootings, though he was cleared of all charges last April.

You can help, even anonymously
Anyone with information is encouraged to contact Phoenix Police Department’s violent crimes bureau, or to leave a tip using the anonymous website Silent Witness, if they wish.

Investigators have also made it clear that solving this case is their top priority, and anyone fearing an immigration issue can come forward with information, without the fear of consequence – a real worry in Arizona these days.