Peter Lindbergh, the renowned fashion photographer who shot Mick Jagger and Keith Richards for the cover of Rolling Stone, died Tuesday. His Instagram announced the news but did not reveal cause of death. He was 74.

Lindbergh will be best remembered for his stark, powerful black-and-white portraits of model and celebrities. He was also staunchly opposed to photo retouching. 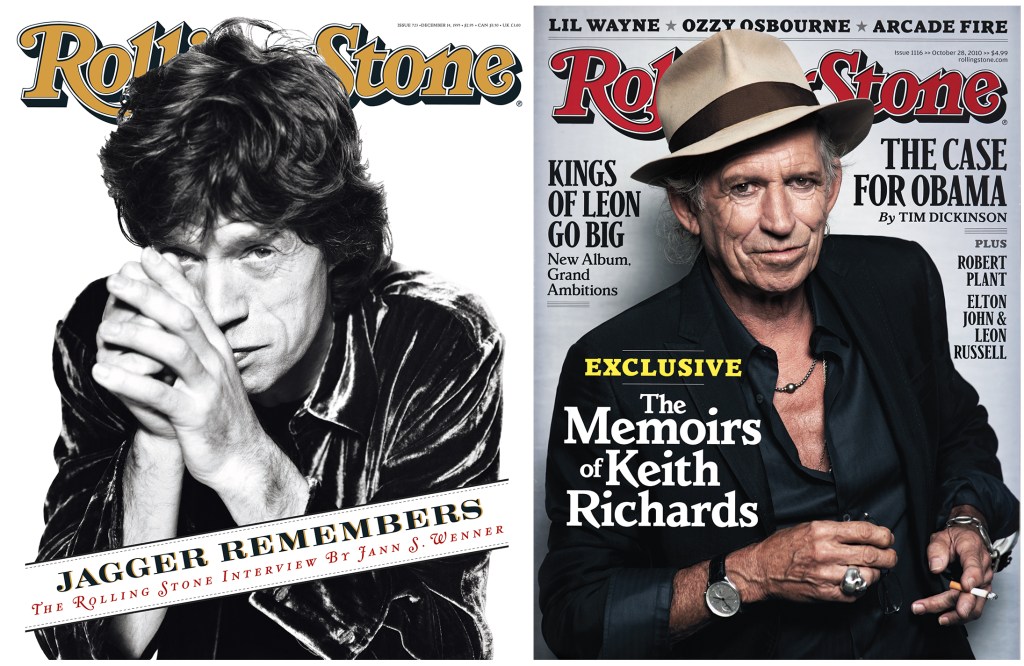 His 1995 Mick Jagger cover captured the Rolling Stones frontman with his hands clasped in front of his face, looking at the camera knowingly — perfect for the headline “Jagger Remembers.” Meanwhile, his 2010 Keith Richards shot (a rare Lindbergh image in color) caught the guitarist looking relaxed and casual, staring into the lens with effortless cool. His 1999 Nicolas Cage cover, also a rare color image, found the actor flexing his muscles, looking ponderously at the viewer.

His most iconic image, however, is the January 1990 cover of the U.K. edition of Vogue. For that issue, he assembled Cindy Crawford, Naomi Campbell, Linda Evangelista, Tatjana Patitz, and Christy Turlington all casually looking into the camera. It was the first time the five of them appeared together and it ushered in a new era for supermodels. The five of them would later all reunite for George Michael’s “Freedom ’90” video.

“I had no idea it was going to be so legendary,” Crawford later said, calling it her “big supermodel moment.” “Vogue’s editor Liz Tilberis had asked Peter Lindbergh to photograph the new woman of the Nineties; Peter’s reply was that he couldn’t do it with just one woman. The idea of beauty had broadened; it could not be summed up with either a blonde, blue-eyed girl or a sexy brunette, he told her. There was change in the air and Peter and Liz picked up on that. We weren’t photographed with a ton of hair and make-up; we were quite undone. Coming out of the Eighties, which was all big hair and boobs pushed up, it felt refreshing and new.”

Lindbergh was born Peter Brodbeck in what is now Leszno, Poland on November 23rd, 1944. His parents were German and the fled to Duisburg, Germany, because of invading Russian troops when he was two months old, according to The New York Times. He studied art at Berlin’s Academy of Fine Arts and subsequently lived in Düsseldorf and Paris. He stumbled on his love of photography by shooting his brother’s children and decided to make it his career, taking on the name Lindbergh when he learned there was another shutterbug named Peter Brodbeck. He went on to divide his time between Paris, New York, and Arles, France.

In addition to shooting celebrities, he helmed campaign for Dior, Giorgio Armani, and Prada, among others, and he directed several films and music videos. Notably, he shot Tina Turner’s “Missing You” and Mika’s “Last Party” clips. His 1991 documentary, Models: The Film, focused on the five supermodels he had brought together for the cover of British Vogue.

His most recent major shoot was again for British Vogue, for an issue guest edited by Meghan, the Duchess of Sussex. “The Duchess of Sussex had worked with Peter in the past and personally chose him to shoot the 15 women on the cover,” a statement from the Duchess and Duke said. “There is no other photographer she considered to bring this meaningful project to life.”

A post shared by The Duke and Duchess of Sussex (@sussexroyal)