International outrage and intrigue are nothing new when it comes to North Korea. This time, however, it’s the form of a murder mystery featuring weapons of mass destruction, a dead man related to the supreme leader of the Democratic People’s Republic of Korea and suspected assassins wearing shirts with internet slang.

The death of Kim Jong-nam, the half-brother of the North Korean leader Kim Jong-un, was a “very painful” one, according to authorities. The 45-year-old was murdered in Kuala Lumpur International Airport in Malaysia on February 13th, allegedly by a Indonesian and Vietnamese woman who are both being held. The first-born, illegitimate son of the late leader Kim Jong-il, Kim Jong-nam was on his way back from Macau, China, when he was attacked while walking through the airport, complaining that after someone grabbed his face from behind, he felt dizzy, one investigator told Reuters. He died on his way to the hospital, within 20 minutes of leaving the airpot.

While initial reports claimed that Kim was killed by attackers using “poisoned needles,” a toxicology report from Malaysian authorities revealed that he was killed by the VX nerve agent – short for venomous agent X – one of the world’s most deadly chemical weapons. To kill him, his alleged attackers “grabbed him from behind and splashed a liquid on his face,” and also “covered his face with a cloth laced with a liquid.” The attackers used a large amount of the nerve agent, classified as a weapon of mass destruction.

South Korea has accused the leader of North Korea of ordering the murder, and that the four suspects being held in custody, including two women accused of carrying out the attack, were recruited by the country’s foreign ministry and ministry of national security. North Korea has denied any involvement. Here, everything you need to know about VX nerve agent, and how it killed Kim Jong-nam.

What Is VX nerve agent?
The chemical weapon used to kill Kim Jong-nam is said to have a feel and look like common motor oil with an amber hue. It has no taste and no odor, and is deadliest in vapor form. Developed by British chemists in 1952, just three years later research was halted when it was discovered V-series nerve agents were lethal to humans. The United States, however, began producing VX in large amounts in 1961, but that ended when President Nixon put a stop to all chemical weapon production in 1968.

It had been suspected that under Saddam Hussein, Iraq had used the chemical on the Kurds in 1988, along with mustard gas and cyanid. Iraq was said to be researching ways to weaponize the chemical, but after American forces invaded the country and toppled Hussein’s regime, no weapons or facilities were found. The U.S., Russia and Syria all have stockpiles of the chemical, though production the chemical was globally outlawed during the Chemical Weapons Convention of 1993.

That being said, any country with a sophisticated chemical weapons program should have an easy time creating large amounts of VX. Although creation of such chemicals is usually monitored, North Korea didn’t sign the Chemical Weapons Convention, so details on what they have and what they’re creating are hard to pin down.

Why is North Korea suspected in the attack?
Not only does the small island nation have a history with VX, it seems like there’s reason to believe the young leader wanted his half-brother dead. In 1971, Kim was born to one of three women with whom Kim Jong-il fathered children. By 1998, his father looked to be moving him through the ranks into a leadership role by making him the Ministry of Public Security of the Democratic People’s Republic of Korea. In 2001, Kim Jong-nam made headlines when he was arrested in Japan using a fake Dominican passport and traveling under a Chinese alias. He told authorities he only wanted to go to Tokyo Disneyland. It was seen as an embarrassment to North Korea, and set in wheels in motion for what many believe was a power grab orchestrated by his half-brother Kim Jong-un to secure leadership after Kim Jong-il was no longer in charge. By the time of his father’s death in 2001, it had been rumored that Kim Jong-nam had been living with his family in Macau, an autonomous territory of China, since around 2004. When interviewed by journalists, Kim Jong-nam had been critical of his half-brother, calling into question his ability to rule successfully. 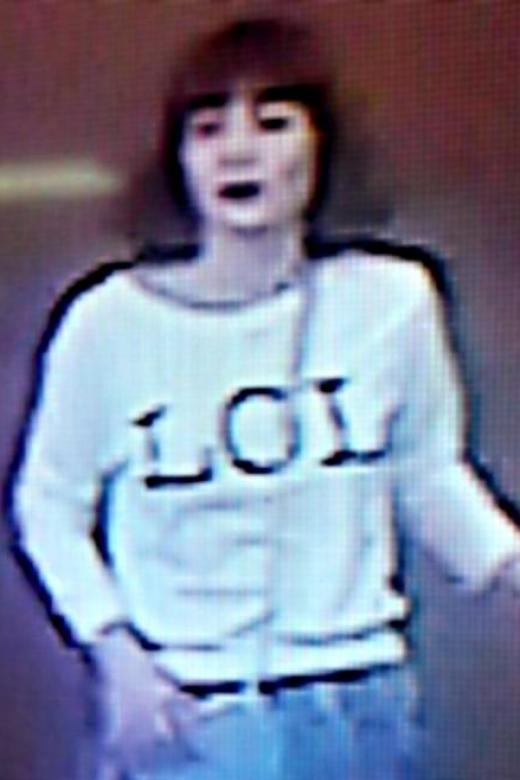 Where did the “LOL” shirt come in?
One of the strangest parts of the story has to be the suspected murderers. After the news broke, the media seemed almost as astonished by what one of the duo was wearing as they were the crime itself. Hardly the menacing hitmen in dark suits and glasses from television and movies, the suspected murders look more like they go to college and shop at Urban Outfitters, not exactly the types you’d expect in the middle of an international murder mystery featuring the relative of a world leader. The most noticeable example, the “LOL” shirt suspect Siti Aishah, an Indonesian national whose birthdate was given as February 11th, 1992, is wearing in an image taken by closed-circuit television. The shirts quickly went on sale online in China, fetching close to $1,000 American dollars per shirt.

The most bizarre twist, however, is that Aishah said that she was “not aware it was an assassination attempt by alleged foreign agents,” and that she believed she was taking part in a television prank show. “She was given a few dollars for the job,” Indonesian police chief Tito Karnavian told reporters. Investigators said it was under $100. “She was used but she didn’t know what it was for.”

What’s next for the investigation?
As of now, Malaysian police have said that Aisyah and a Vietnamese woman named Doan Thi Huong were instructed by four North Koreans to carry out the assassination, but North Korea denies any involvement in Kim Jong-nam’s death. An autopsy confirmed exposure to the chemical was what killed Kim Jong-nam, but also say that without a DNA sample from a next-of-kin that they can’t release the body to North Korea.

While more details are sure to emerge, the Trump administration has nixed “informal” talks with North Korea. No reason was stated, but the decision to call the talks off came hours after the news of Kim Jong-nam’s death, leading many to believe the murder was the cause. The North Korean embassy is officially a suspect in the murder.