This year marks the tenth anniversary of Janet Jackson‘s infamous “wardrobe malfunction” Super Bowl halftime show. But the scandalous event has had a life long beyond the split-second during which Janet’s breast was bared. Here now, a timeline of the Super Bowl’s most controversial performance, from the planning, to the moment itself, to the current, still-going legal wrangling.

Rob Sheffield ranks all the Super Bowl halftime shows ever, from worst to best

December 9th, 2003
For the Super Bowl XXXVIII halftime show at Houston’s Reliant Stadium, MTV – producing their second straight halftime performance – recruits a lineup that includes Justin Timberlake, Nelly, Diddy, Kid Rock and Janet Jackson. NFL Commissioner Paul Tagliabue says in a statement at the time, “We are pleased that a star like Janet Jackson will join the roster of entertainers who have made the Super Bowl Halftime so special.”

February 1st, 2004
Even before the Janet incident, Kid Rock riled up the TV audience by wearing sleeveless stars-and-stripes poncho during his portion of the halftime show. Many viewers complained to the FCC that Rock’s wardrobe constituted desecration of the American flag. Sexually suggestive dance moves courtesy of fellow halftime performers Nelly and Diddy also helped put prude viewers on edge before the Nipple-gate opened. 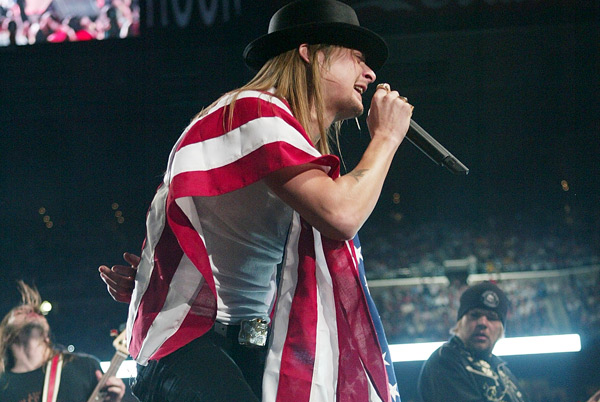 February 1st, 2004 (Janet takes the stage)
The Janet Jackson-centric portion of the halftime show goes smoothly as the singer performs “Rhythm Nation” and “All for You.” However, producers opted to have Jackson remain onstage for Justin Timberlake’s halftime closing slot. (Similarly, if hometown girl Beyoncé was asked to perform at the halftime instead of delivering “The Star-Spangled Banner,” we could have avoided what came next.)

The video can be rewatched frame-by-frame and scrutinized like the Zapruder film. There wasn’t much choreography leading up to the moment; Jackson just follows Timberlake around the stage while he sings “Rock Your Body.” They briefly dance together as they make their way back toward center stage for the grand finale. Throughout the performance, Timberlake’s moves were fluid, as if they’d been rehearsed a million times. However, on the closing “Bet I’ll have you naked. . .,” you see his approach to Jackson’s bustier is stilted and unsure. Although a natural righty, he watches as his left hand makes the crucial grab toward Jackson’s wardrobe and pulls on the cue “. . .by the end of this song.” For 9/16ths of a second, millions of viewers see Janet’s bare breast and its strange star-shaped nipple shield before Jackson realizes what has happened and covers herself up. Timberlake, red lace in his left hand, looks appalled as producers cut away to a distant long shot and firework display.

No one remembers the second half of the Super Bowl. (Seriously, name one down that happened in the 3rd quarter.) The New England Patriots win. Tom Brady is named MVP. The spotlight goes rushing back toward Janet Jackson. 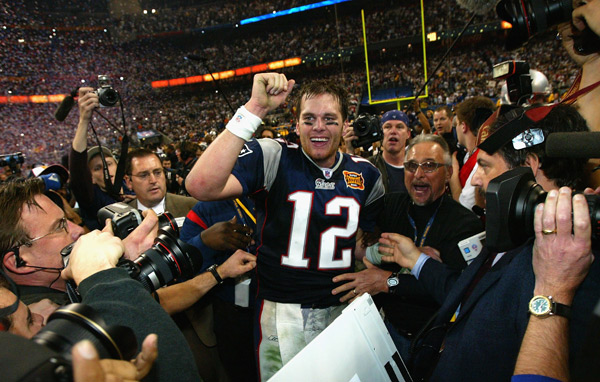 February 1st, 2004 (after the game)
The world waits for some kind of post-game response from Jackson, but the singer immediately flew out of Houston following her performance and before the Super Bowl even ended. Jackson’s spokesperson calls the reveal “was a malfunction of the wardrobe; it was not intentional. . . [Timberlake] was supposed to pull away the bustier and leave the red-lace bra,” which was visibly in Timberlake’s hand following the pull. Jackson also admits that neither MTV nor CBS had any role or previous knowledge in the incident, saying Timberlake’s ripping of the wardrobe was a late addition during their final rehearsal.

February 8th, 2004
Just days after the Super Bowl, it’s reported that over 200,000 viewers had contacted the Federal Communications Commission (FCC) to complain about Jackson’s performance. Court documents later revealed that over 540,000 people filed complaints with the FCC about the incident, although that number was inflated by conservative and watchdog groups mass-calling the commission. FCC Chairman Michael Powell calls Jackson’s nip slip “a classless, crass, and deplorable stunt” and promises to take further action.

Later in February 2004
The NFL, upset that their Super Bowl was overshadowed by a halftime performance, respond immediately. “We were extremely disappointed by elements of the MTV-produced halftime show,” NFL executive vice president Joe Browne said at the time. “They were totally inconsistent with assurances our office was given about the content of the show. It’s unlikely that MTV will produce another Super Bowl halftime.” CBS and MTV’s parent company Viacom, angered that an unannounced addition to the Super Bowl performance has now cost them all future halftime shows, hits back at Jackson by essentially blacklisting her, keeping her music videos off their properties MTV, VH1, and radio stations under their umbrella. The blacklist spreads to include non-Viacom media entities as well.

Every corner of television has an opinion about Nipplegate, but none do it as hilariously as David Letterman. The Late Show host relishes the opportunity to exacerbate his employer CBS’ red-faced moment, devoting a week’s worth of opening monologues and Top Ten lists to the infamous 9/16ths of a second. Janet – wearing a revealing red dress – finally visits Letterman’s show on March 29th, 2004. Despite telling him “I don’t want to revisit” the Super Bowl incident, Letterman asks a barrage of Nipplegate questions, as well as “How’s Tito?”

America Online spent somewhere in the $10 million range to sponsor the halftime performance, exclusively host video of the event online,  and promote their dial-up service. Following the Janet outcry and the negative press that came with it, AOL was quick to ask the NFL for a refund. “While AOL was the sponsor of the Super Bowl Halftime Show, we did not produce it,” an AOL spokesman said at the time. “Like the NFL, we were surprised and disappointed with certain elements of the show and in deference to our membership and the fans, AOL and AOL.com will not be presenting the Halftime Show online as originally planned.” The NFL then argued that CBS or MTV should reimburse AOL. Meanwhile, McDonald’s, despite finding the halftime show “inappropriate,” decided to stick with Timberlake as their celebrity endorser. 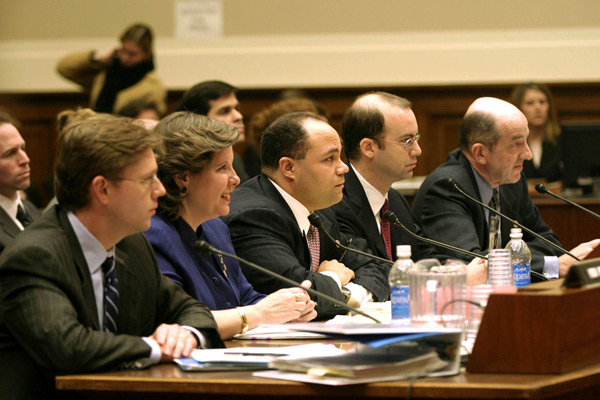 Unlike this year, where CBS’ broadcast of the Grammys precedes the Super Bowl, in 2004, CBS had the Super Bowl scheduled prior to the Grammys, where Jackson was recruited to present a Luther Vandross tribute. However, following the Super Bowl and the uproar, CBS rescinded their invitation to Jackson. Timberlake, however, was not only allowed to attend the ceremony, he actually won a pair of awards. He did use his acceptance speech to once again apologize for the “unintentional” incident.

A young software programmer at PayPal named Jawed Karim is unable to find any video of the Jackson Super Bowl performance online. Frustrated in his attempts to find footage, Karim and some friends create a venue where people can easily upload and share video. Thanks to the scandal, YouTube is born in 2005. A year later, Google purchases the site for $1.65 billion.

While Karim worked on the code that became YouTube, the rest of America was looking for alternative methods to rewind and rewatch and reconcile what they just witnessed. As a result of Jackson’s split-second slip, TiVo subscriptions jump expontentially, and the acronyms TVR and DVR become household terms.

March 22nd, 2004
Damita Jo, Jackson’s eighth album, arrives roughly five weeks after her Super Bowl performance. Thanks to the radio and music television blacklist, the LP underperforms compared to Janet’s previous releases. However, and perhaps propelled by all the controversy, Damita Jo still sells enough first week copies to debut at Number Two on the Billboard 200. Despite the backlash, the album eventually goes platinum several times over.

April 10th 2004
Two months after revealing herself to millions, Janet Jackson pulls double-duty as host and musical guest on Saturday Night Live. During one skit, Jackson pokes fun at the Nipplegate scandal while impersonating then-Secretary of State Condoleeza Rice. America finally seems ready to move on and forgive Jackson. The FCC, however. . . 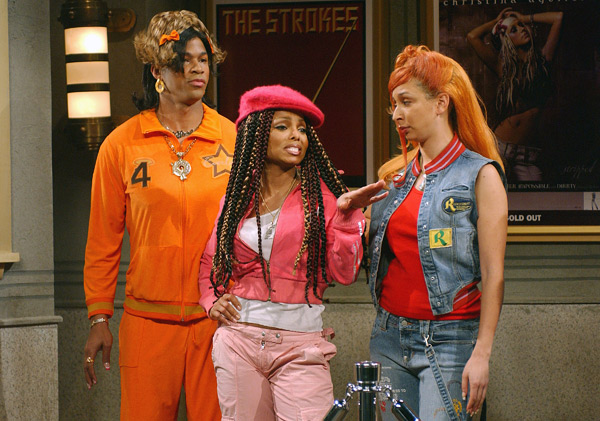 For the FCC, Nipplegate provided an opportunity to restore order and flex whatever power they had left. Faced with lax broadcast standards for cable TV and satellite radio, as well as the absolute lawlessness of the Internet, the FCC becomes hell-bent on preserving common decency in the family-friendly realm of network television. Thus, screws are tightened everywhere under the body’s jurisdiction: Tape delays are lengthened and more frequent and sexually suggestive performances are replaced by less provocative selections. While the aftermath of Nipplegate starts to fade, the FCC will continue to carry its torch for the next half-decade.

September 22nd, 2004
The FCC finally issues a $550,000 fine against CBS, the largest fine ever of its kind. Additionally, the FCC alleges that the incident was planned by Timberlake and Jackson, who acted “independently and clandestinely.” Viacom immediately contests the fine.

November 24th, 2004
Two months later, Viacom agrees to pay around $3.5 million to the FCC to settle indecency fines from dozens of outstanding penalties, including radio stunts executed by shock jocks Howard Stern and Opie & Anthony. In the settlement, Viacom also agrees to implement more delays in their live broadcasting. However, the $550,000 Nipplegate fine is not included in the $3.5 million that Viacom agrees to pay. 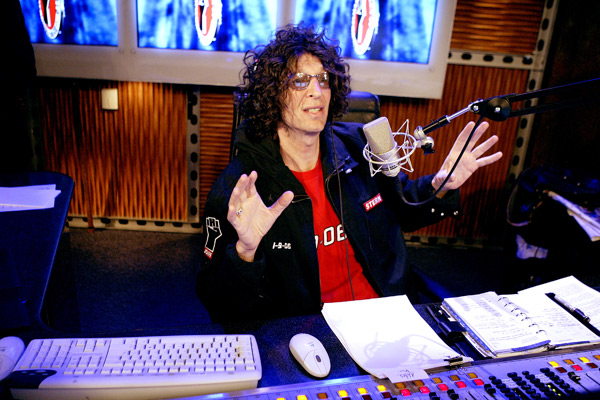 February 6th, 2005
The age of the edgy All-Star Pop halftime shows come to an end and the reign of Classic Rock takes over as producers go conservative, choosing Paul McCartney to perform at Super Bowl XXXIX. The following years see a parade of established stars: the Rolling Stones, Prince, Tom Petty & the Heartbreakers, Bruce Springsteen & the E Street Band, and the Who. The Super Bowl finally goes contemporary again in 2011 with Black Eyed Peas.

September 26th, 2006
Two and a half years removed from Nipplegate, Jackson’s next album 20 Y.O. debuts at Number Two on Billboard‘s Top 200 album chart in September 2006. Janet also embarks on her first tour since Nipplegate.

September 2009
The Supreme Court opts not to hear case between CBS and the FCC, but they send it back to Third Circuit Court for re-examination. During this time, the FCC argues that the incident was preventative since CBS had tape delay available to them, however CBS counters that the technology was still in its infancy and they were unable to utilize it in time.

November 3rd, 2011
Because the Jackson incident was deemed “fleeting indecency” Third Circuit Court again rules in favor of CBS and voids the fine. In July 2012, Supreme Court once again chooses not to hear FCC’s appeal.

February 5th, 2012
Madonna, long a lightning rod for controversy, is recruited by the NFL to perform at the Super Bowl XLVI halftime show. While the Material Girl is on her best behavior, her guest and frequent shit-starter M.I.A. promptly gives the middle finger to the millions watching at home. 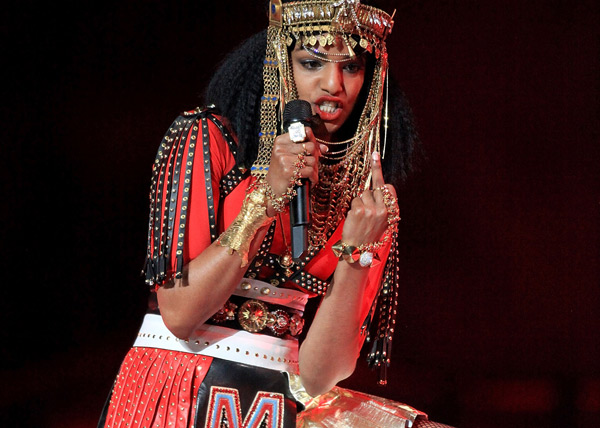 September 2013
It’s revealed that M.I.A. is battling a $1.5 million lawsuit filed by the NFL after she flipped America the bird. By comparison, CBS was only fined $550,000 by the FCC in a lawsuit that lasted eight years.

January 2014
A decade removed from Nipplegate, former FCC chairman Michael Powell admits that the committee acted “unfairly” toward Janet Jackson following the incident. He tells ESPN that the FCC overreacted. “I personally thought that was really unfair. It all turned into being about her,” Powell said. “In reality, if you slow the thing down, it’s Justin ripping off her breastplace.” The comments are a complete turnaround from Powell’s own words 10 years earlier, when he called Nipplegate “a new low from primetime TV.”