Jonathan Taplin comes at Internet power players like Jeff Bezos, Peter Thiel and Mark Zuzkerberg and the influence they yield from an unlikely angle in Move Fast and Break Things: How Facebook, Google and Amazon Cornered Culture and Undermined Democracy. Sure, he’s the director emeritus of the Annenberg Innovations Lab at the University of Southern California, but that’s not where his book gets its legs from. Instead, it’s Taplin’s experience tour managing for Bob Dylan and The Band, as well as serving as a producer alongside the likes of Martin Scorsese and Gus Van Sant. By using those experiences, Taplin delivers a digestible account of just how the CEOs and venture capitalists who make the Internet run – many of them guided by the philosophical teachings of Ayn Rand – have created a monopoly, gained far too much power and also made it even more difficult for artists to survive.

Yet the most important thing Taplin does is he humanizes the people who have been affected by this new power structure. Namely artists he’s worked with in the past like Levon Helm of The Band. In this exclusive excerpt from the book, Taplin explains how it was the “middle-class musicians” that suffered the most from album sales and royalties being nearly decimated once file sharing sites started popping up.

The Band’s experience is an exemplar of what I mean when I say that the music business made sense in 1967. Capitol advanced the group around $50,000 to cover recording costs. That went toward paying for time in the recording studio and a modest salary for the producer. The group probably spent a month in the studio laying down eleven tracks on a record called Music from Big Pink, named for the pink house outside Woodstock that The Band had used as a rehearsal studio. (It was also where the famous album The Basement Tapes was recorded.)

Capitol wasn’t the only record company that was taking artistic chances. The Grossman office also had a wonderful relationship with Warner Bros. Records, which released Peter, Paul & Mary’s albums. Warner, run by Mo Ostin, was a very artist-friendly label that did not operate as you might imagine. It was the opposite of the cliché portrayed on TV shows like Vinyl and Empire. My friend Ron Goldstein, who was the VP of marketing, explained it to me:

When I came to Warner in 1969, I was immediately struck by the label’s philosophy of signing great artists regardless of whether they had a “hit” on their demos or whether they were necessarily going to sell millions of records. It was all about signing exceptional talent, and in some cases, unique artists. Neither Mo Ostin nor Joe Smith signed Ry Cooder, Van Dyke Parks, or Randy Newman for the specific purpose of using them as a draw for other artists. That process happened organically. But Mo and Joe and all of us at Warner were well aware, after a short period of time, of those artists’ value to our company aside from any commercial considerations. These artists became iconic in the eyes of more established artists as well as the media and created Warner’s reputation as a home for great music. It should also be said that at the same time, Warner/ Reprise was signing major commercially successful artists, which created confidence in the label’s ability to market these artists and their music. It was a perfect combination.

So why did the business also work commercially? Like the work of Randy Newman, The Band’s Music from Big Pink was not a big seller. It was played on alternative FM stations in key cities, including San Francisco, Los Angeles, New York, and Boston, but it was not a Top 40 record. And yet because the recording advance was so modest, The Band began to earn royalty checks within the first year of its release. When I came to work for them full-time in the spring of 1969, the sums on the quarterly checks were increasing as word of mouth spread to other countries and George Harrison and Eric Clapton publicly lauded the record. In the sum- mer of 1969, The Band released its second album, which contained some of their greatest music (including “The Night They Drove Old Dixie Down” and “Up on Cripple Creek”). This led to touring, with three sellout concerts at the Winterland Ballroom. We toured pretty much constantly for the next two years. I won’t try to sugarcoat life on the road in 1969: as much fun as it was, it also took its toll, and as the person hired to act as a responsible adult and get the musicians up every morning after a long night of partying, I often tangled with both Levon and Richard, the two members who liked to party the hardest.

Members of The Band were what I call middle-class musicians. They did not make the kind of money that the Rolling Stones or Cream made in the late 1960s and early 1970s, but they made a decent living – enough for Levon to buy himself a house and barn in Woodstock. But here is the irony. A musician in 1969 could rationally conclude that it was just as – if not more – remunerative to be a drummer or a singer as it was to be a songwriter. After all, the total songwriter royalties on an eleven-track LP came to twenty-two cents per copy, whereas the performers’ royalties could be as high as $2.50 per copy. And as the fun of the road began to consume the lives of Levon, Rick, and Richard, it was left to Robbie Robertson to continue writing songs for the group. Though he only wrote half the songs on Big Pink, he was writing almost all the songs by their third album.

Moreover, groups like The Band had some assurance that, if their music was of lasting quality, they could continue to reap financial rewards long after they’d stopped writing new music. When the CD format was introduced in the early 1980s, their record royalties jumped as old fans bought The Band’s classic albums on disc. That royalty stream continued right up until the introduction of Napster in 2000. 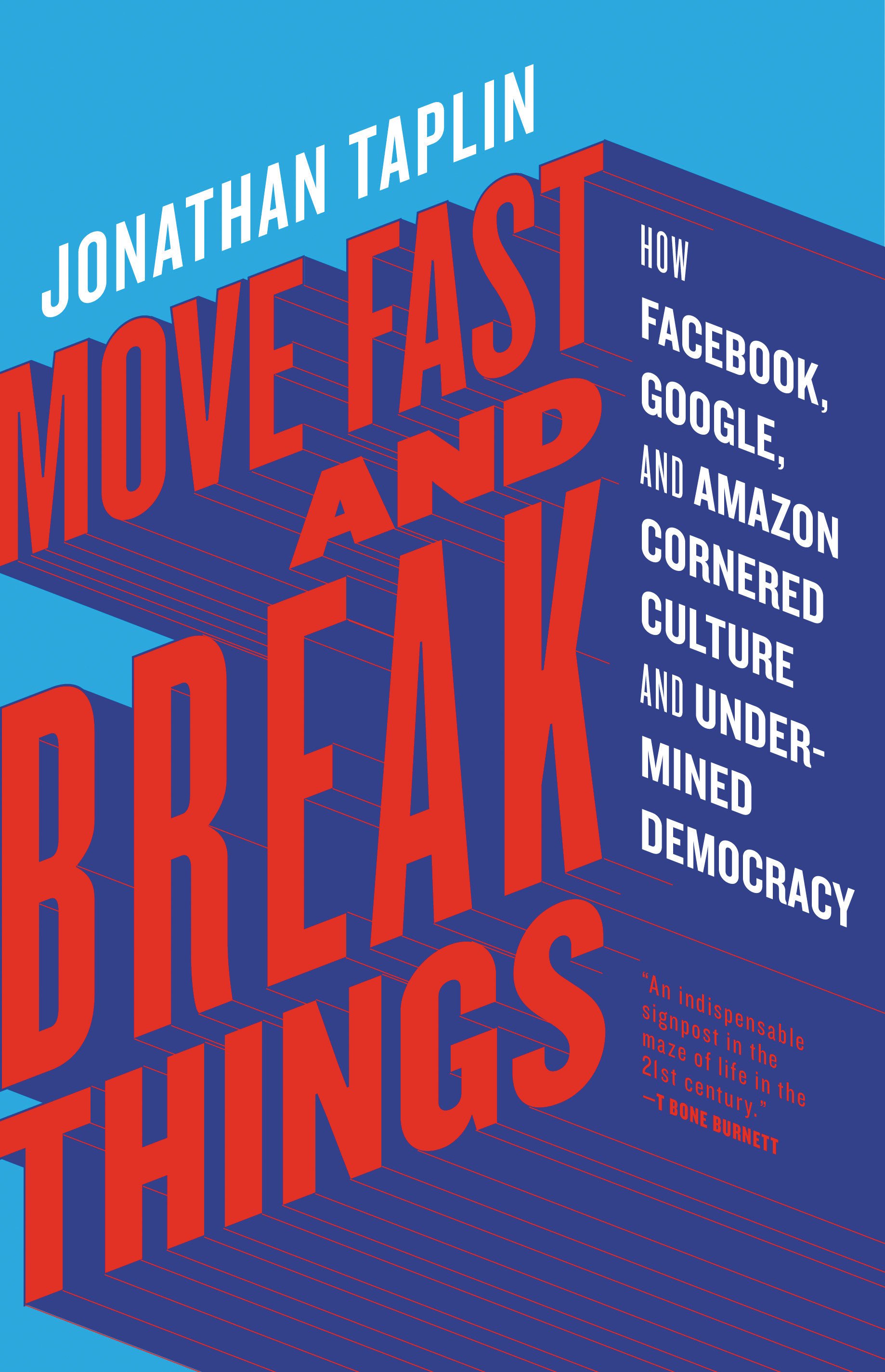 And then it ended.

It was horrifying to see The Band members go from a decent royalty income of around $100,000 per year to almost nothing. But the songwriters had made a far better bargain with the digital future, even though no one could have imagined that in 1969. The performing rights organizations (PROs) ASCAP and BMI continued to collect money for songwriters from every venue imaginable. If your song was played in a bar, restaurant, or retail store over the Muzak system, you got paid. If it was used in a commercial, film, or TV show, you got paid. If it was performed live by some other artist, you got paid. And as the number of places using music to relax or excite customers increased, the songwriters’ income increased. Unfortunately, there was no organization representing the musicians other than the American Federation of Musicians, which was completely oblivious to the changes digital culture was about to wreak on the business. Even today, performers do not get paid when their songs are played on the radio unless they also wrote those songs.

For fans of The Band, the imbalance in royalty distribution has become a point of contention, anger, and sadness. Levon was diagnosed with throat cancer in 1999, and his ability to sing was profoundly compromised. He wrote a book about his life in which he expressed his anger at Robbie for not sharing his songwriting income. But I was in Woodstock every day in 1969, 1970, and 1971. Robbie Robertson got up every morning and went into his studio and wrote songs until lunchtime; sometimes he would go back after lunch as well. Levon and Richard slept in. For siding with Robbie, I also received Levon’s scorn.

Levon’s medical bills were high, so he had no choice but to begin putting on a series of concerts in his barn, called the Midnight Rambles, in early 2000. At first he just played drums and got some friends to do the singing. Eventually he was able to do some singing, but it was all pretty painful. Throughout this time, while Levon was barely scraping by, the recordings of The Band continued to be listened to by new generations of musicians, including Mumford & Sons. But because fans listened on pirate sites or on YouTube, Levon had no income stream from this amazing catalog. When he died in 2012, his friends held a benefit at the Izod Center outside New York City so his wife, Sandy, could hold on to the house in Woodstock.

Here is the human cost of the Internet revolution.