Late last month, less than 72 hours after special counsel Robert Mueller submitted his report on Russia’s efforts to interfere in the 2016 presidential election, two listings popped up on Amazon that appeared to make the report available for the general public. There was only one problem: the full report had yet to come out, and experts didn’t know if it would ever be made public.

But now, a day after a redacted version of Mueller report was released, the two listings are back up on Amazon and have already shot to the top of Amazon’s Best Sellers list.

One Amazon listing promises “an edition” of the Mueller report that includes an introduction from attorney, Harvard Law Professor and frequent cable news commentator, Alan Dershowitz, who will provide “a constitutional, civil law-based commentary sorely needed in today’s media landscape.” A second listing is seemingly attributed to The Washington Post, and it promises the report, a timeline of events and “key documents” in the special counsel’s investigation, including filings pertaining to General Michael T. Flynn, Paul Manafort, Michael Cohen and Roger Stone. The listing says both Mueller’s report and the supporting documents will be accompanied by an introduction and analysis from Post reporters. Both listings have April 30th as a placeholder release date.

Another Day, Another Criminal Investigation Into the Trump Organization 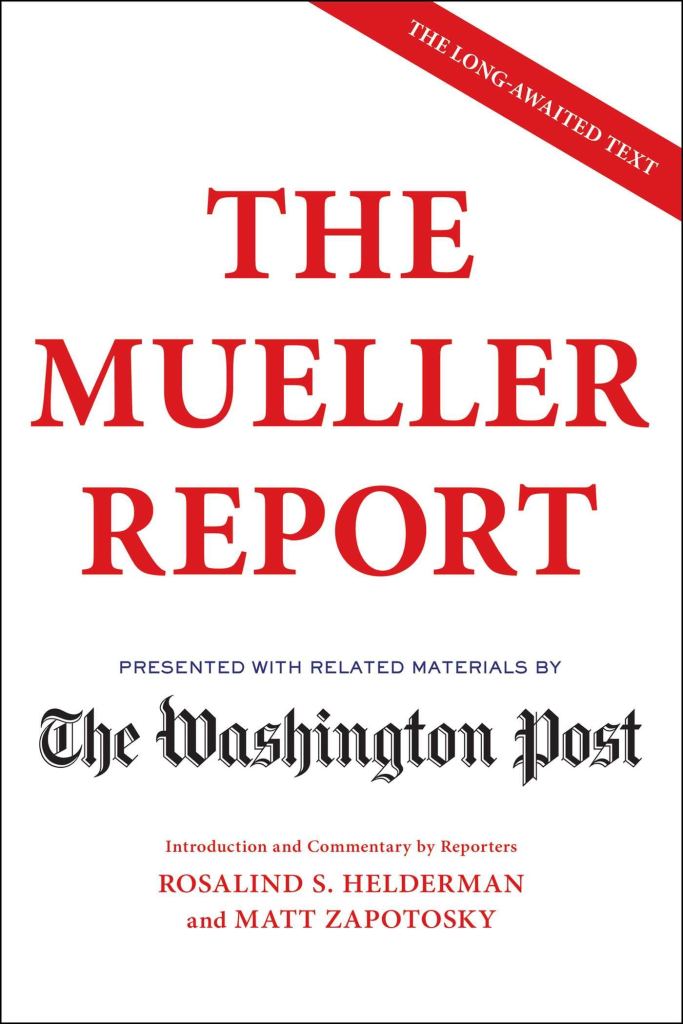 Earlier this month, the House voted 420-0 to release Mueller’s report to the public, and in his letter to Congress, Attorney General William Barr said he remained “committed to as much transparency as possible.” Still, questions remain over what exactly the public will discover in the special counsel’s findings, which span 448 pages and are split into two volumes. A number of sections also remain redacted, and Democrats have issued a subpoena to the Department of Justice calling for the “full,” unredacted report to be released, along with all the evidence Mueller and his team used to write it.

But Court TV anchor and former prosecutor and State & Federal Defense Attorney Seema Iyer says there could be a number of hurdles involved in making the report fully public. “Firstly,” she says, “the special counsel regulation states the report should be ‘confidential.’ Secondly,” Iyer continues, “unlike the independent counsel law that provided more latitude, and allowed for Kenneth Starr to release his entire report of President Clinton’s investigation, Mueller is operating under the 1999 Special Counsel regulations, so AG Barr doesn’t have to disclose more than the summary he wrote.”

As to the redactions, “Anything redacted would be to protect witnesses, grand jury and other investigations, classified material, as well as ongoing prosecutions,” Iyer explains.

“In my opinion,” Iyer says, “the case against making the report public is if it would interfere in ongoing investigations which redactions would not remedy, or if there is a safety or security issue. Safety to a person(s),” she says, “overrides any interest the public has in the information.”

As of press time, the Mueller report is still available to order on Amazon, though whether the listings will remain on the site is unclear. While the DOJ is unlikely to use the online shopping giant to release its report, there are a number of other books that have touched on Russia’s role in the election, from James Comey’s much-publicized tell-all, to Andrew McCabe’s deep dive into his time as deputy director of the FBI (before he was fired by Trump).

Unsurprisingly, Democrats and Republicans have disputed whether the Mueller report exonerates President Trump of any wrong doing. The back and forth between parties, and the fact that Mueller has not come out publicly with any statements, appears to only further the public interest in the report.

Iyer says it’s not surprising to her at all, calling it “Watergate 2.0.” “If the presidency was hijacked by the Russians,” she says, “the American people, and the world, has a right to know.”