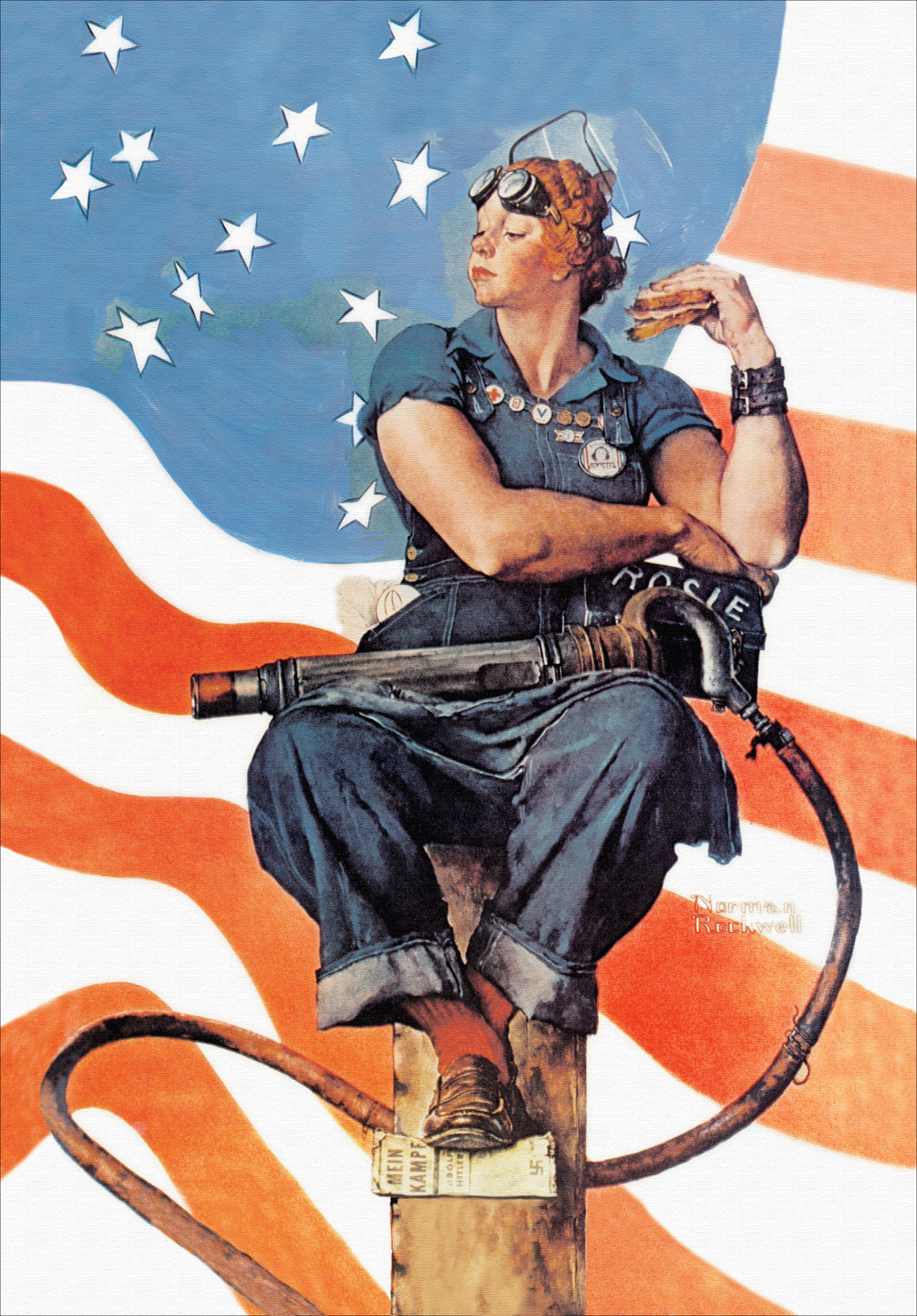 Mary Doyle Keefe, the inspiration behind Norman Rockwell’s iconic WWII-era painting “Rosie the Riveter,” died in Simsbury, Connecticut following a brief illness, according to The Associated Press. She was 92.

In 1943, the then-19-year-old posed for Rockwell and would come to symbolize the United States’ tireless World War II efforts at home and inspire a new generation of empowered women. Keefe, a petite telephone operator, became “Rosie the Riveter,” a muscular giant snacking on a sandwich, rivet gun on her lap and one foot solidly stomping on Adolf Hitler’s manifesto, Mein Kampf.

“Rosie the Riveter” initially appeared on the cover of the Saturday Evening Post on May 29th, 1943; the image was later used in a nationwide effort to sell war bonds. Rockwell’s painting, however, is not to be confused with the “We Can Do It” poster, which was made by Pittsburgh artist J. Howard Miller circa 1942 and based on an image of a then-17-year-old Michigan factory worker, Geraldine Hoff Doyle (who died in 2010).

Aretha Franklin on Feminism, Beyonce and Who Should Star in Her Biopic

Keefe met Rockwell when the two lived nearby in Vermont. She received $10 for two modeling sessions she did with photographer Gene Pelham, whose pictures Rockwell often used to paint from instead of working with live models.

Despite Keefe’s small stature, Rockwell modeled Rosie after Michelangelo’s painting of Isaiah on the Sistine Chapel ceiling. Twenty-four years later, Keefe received a letter from Rockwell in which he called her the most beautiful woman he’d ever seen and apologized for bulking her up: “I did have to make you into a sort of a giant,” he wrote.

Despite the proliferation of her likeness, Keefe told the AP in 2002 that no one in her hometown made a big deal about the picture — though some did tease her about Rosie’s size. Keefe went on to earn a degree in dental hygiene at Temple University and worked as a dental hygienist in Bennington, Vermont, where she met her husband, Robert Keefe. The couple had four children and were married for 55 years before Robert Keefe died in 2003.

Though “Rosie the Riveter” never became as ubiquitous as “We Can Do It” — in part due to the Rockwell estate’s vigorous copyright protection — the painting remains a feminist touchstone. “Rosie The Riveter” is on display at the Crystal Bridges Museum of American Art in Bentonville, Arkansas.