A week before Christmas, a Milwaukee man was beaten and left in the snow, where he ultimately died. After Snapchat videos emerged showing 20-year-old Delvin Mendoza-Chaparro being urinated on and forced to eat cat feces out of a litter box – on Mendoza’s account, no less – multiple people were arrested. Two are facing murder charges.

Local NBC affiliate WISN 12 detailed how police identified the suspects through the videos – Devin Katzfey, Sarah Zakzesky, and two others, including Katzfey’s younger brother Branden – which were posted to Mendoza-Chaparro’s Snapchat account. Police accessed the account and used it to identify Katzfey, 20, who goes by the nickname Superman, flashed his tattoos in one of the videos. Zakzesky, also 20, told police Katzfey, the ringleader, punched the victim 25 times. At one point, he brags over Mendoza-Chaparro’s body: “You got knocked the [expletive] out.”

The incident began, Zakzesky told police, after a night of hanging out at her apartment, smoking pot. She said she was woken up the morning of December 19th by Katzfey, who accused Mendoza-Chaparro (who had slept over on her living room floor) of stealing a pipe, a bong and a cell phone. Though the victim reportedly denied taking anything, he was beaten by the Katzfey brothers and Zakzesky. After Katzfey boasted about the crime on social media, the group put Mendoza-Chaparro in a vehicle and dumped him in a snowbank behind a garage blocks away. 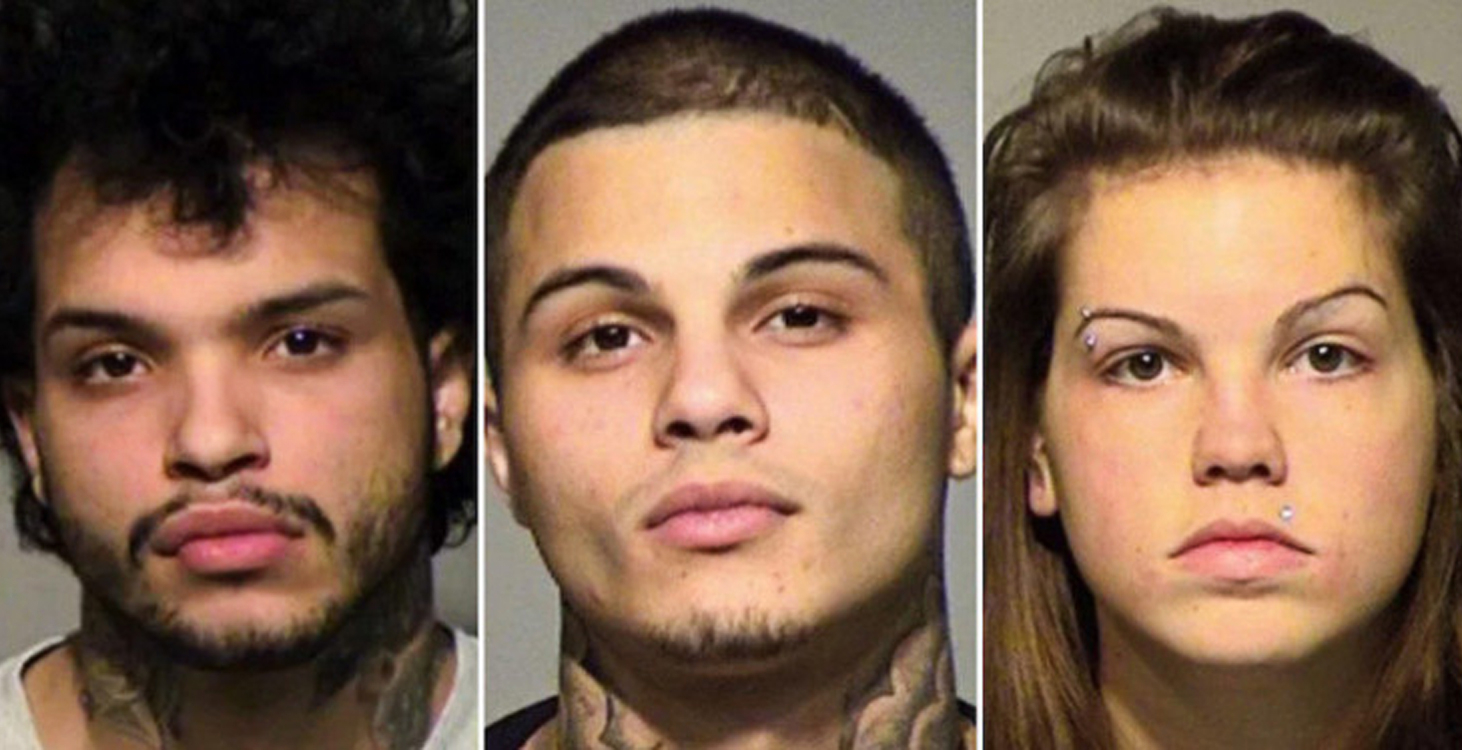 WISN talked to Samuel Wilson, who recounted finding Mendoza-Chaparro’s body in the snow. His “whole face was swollen up, his lips (were) swollen, (a part of his hand was) taken off.” It was 14 degrees outside when police arrived to process the scene.

“To see something like that, somebody just murdered and left for trash,” Wilson continued.

Mendoza-Chaparro’s mother, Iris Chaparro, told Fox 6 that her son was so badly beaten she wasn’t able to identify him for authorities. The murder, she said, ruined the first Christmas the two would’ve spent together in five years.

Fox 6 reports that the Katzfey brothers and Zakzesky are each facing a count of first degree reckless homicide as party to a crime. Devin Katzfey, with a cash bond set at $200,000, will return to court in January. Zakzesky pled not guilty at a preliminary hearing on Thursday and is being held on a $50,000 bond.

After uploading the video to Snapchat and dumping Mendoza-Chaparro’s body in the snow, Katzfey continued his self-incriminating social media spree by posting to Facebook, insisting to friends, “I didn’t kill dude,” and, “All they got is video of me whooping dude.” Maybe something he should have kept to himself – or at least saved for his lawyer.