At least 59 people were killed and more than 500 were injured in a shooting at the Route 91 Harvest Festival outside the Mandalay Bay hotel in Las Vegas on Sunday night. Authorities have named Stephen Paddock as the prime suspect. He was discovered in his room on the 32nd floor of the Mandalay Bay because the fire alarm had gone off due to the large quantity of smoke from the gunfire. He took his own life before he could be put into custody.

Here is what we know so far about the alleged gunman in the deadliest mass shooting in modern American history.

Who is Stephen Paddock?
On Monday, Sheriff Joseph Lombardo of the Las Vegas Metropolitan Police Department said that Stephen Paddock, 64, was a resident of Mesquite, Nevada, who had no significant criminal history, according to The New York Times.

Stephen Paddock was a retired accountant worth more than $2 million, according to his family, was reportedly spending long stretches of time at casinos – sometimes weeks at a time – his girlfriend, where he would gamble tens of thousands of dollars. The two were living out in a quiet retirement community in Mesquite, roughly 80 miles northeast of Las Vegas near the Nevada-Arizona border, according to the Washington Post, though he held property across several states. Neighbors said their homes were sparsely decorated – one former neighbor in Florida told the Post that it “looked like a college freshman lived there.”

Eric Paddock, his 55-year-old brother, said Stephen Paddock was “just another guy who played video poker and took cruises and ate burritos at Taco Bell.” Stephen Paddock liked to listen to country music and would attend concerts at hotels in Las Vegas – not unlike the one on which he opened fire, as the Post pointed out.

Eric Paddock told the Las Vegas Review-Journal that he had “no idea how this happened” and “it’s like an asteroid just fell on top of our family.” The brothers last talked several weeks ago, when Stephen Paddock called him to ask how their mother was doing in the aftermath of Hurricane Irma. He also revealed that their father was Benjamin Paddock, a bank robber who made the FBI’s Most Wanted List in the 1970s.

Stephen Paddock – who was twice-divorced and had no children – was a licensed pilot who owned two planes, according to NBC News. He also had an Alaskan hunting license. Eric Paddock said he was beside himself to learn that his older brother had allegedly opened fire upon 22,000 concertgoers across the street, then killed himself before a SWAT team entered. “He might have had a gun or two, but he didn’t have a huge stock of guns,” Eric Hudson Paddock said.

According to The New York Times, he had 10 suitcases in his room at the Mandalay and at least 20 guns, including an AR-15 assault rifle. An additional 19 weapons, as well as explosives and ammunition, were found at his home. 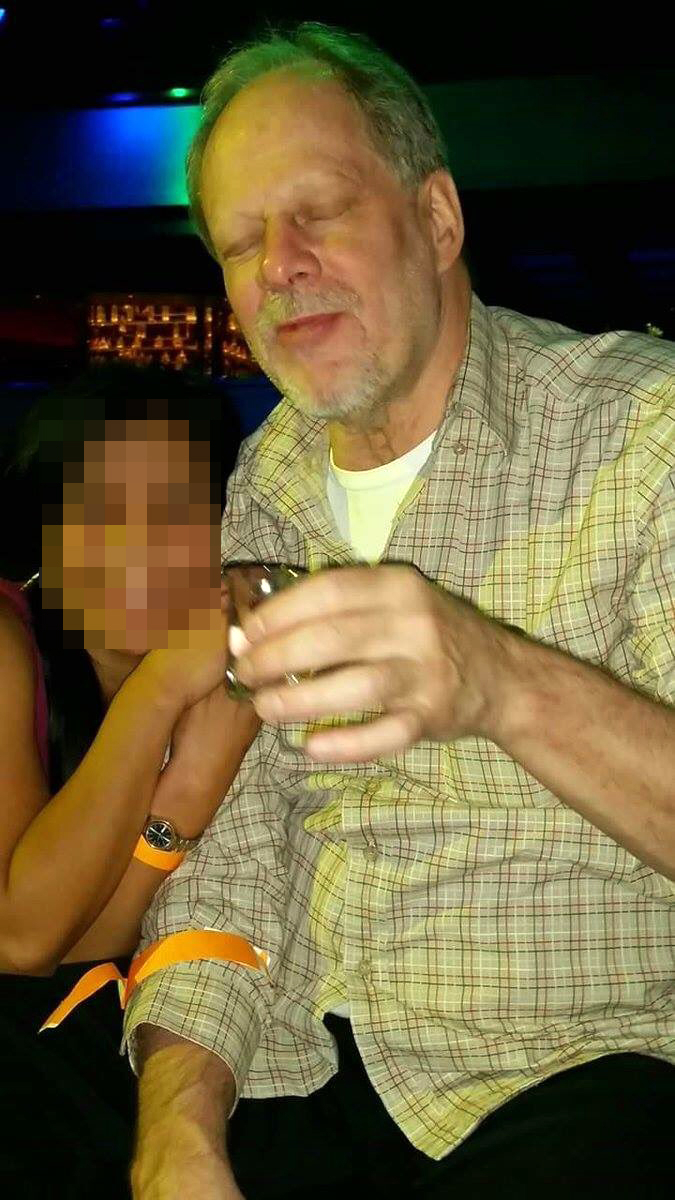 Is there anyone else involved?
At 5:22 a.m. EST Monday, Las Vegas police released photos of Marilou Danley, who they identified as Paddock’s female “companion” and “roommate.” (According to later reports, she was his longtime girlfriend.) By 6:37 a.m., police said they had located Danley out of the country and she was not considered a person of interest. “Detectives have made contact with her and do not believe she is involved with the shooting on the strip,” police said in a statement, according to CNN. “She is no longer being sought out as a person of interest.”

Danley’s now-deleted Facebook page described her as a “proud mom and grandma who lives life to the fullest,” according to the Miami Herald. Her LinkedIn page showed her as a resident of Reno, Nevada, a “gambling and casino professional,” and a “high limit hostess” at Club Paradise in the Atlantis Casino between 2010 and 2013.

For several years, Stephen Paddock lived with Danley in a retirement community in Reno. Danley told neighbors her boyfriend was a professional gambler, as a way to explain their long absences from the home. Neighbors characterized Stephen Paddock as a “reclusive” and “weird” man who “never went out in back and enjoyed the backyard, nature.”

Stephen Paddock owned homes in both Mesquite, Texas, a suburb of Dallas, and Mesquite, Nevada. He bought the latter home in 2013 and lived there until his death.

What’s up with the ISIS claim?
The Islamic State group released statements via its news agency Amaq that Stephen Paddock was a “soldier” who converted to Islam several months ago and committed the shooting “in response to calls to target states of the coalition,” according to CBS News. The statements did not mention Stephen Paddock by name and offered no evidence of his allegiance to the ISIS group.

Based in Las Vegas, FBI special agent Aaron Rouse said authorities had found no such evidence, according to the Los Angeles Times. “We have determined, to this point, no connection to an international terrorist group,” Rouse said.

The U.S. Homeland Security Department said in a statement that they have “no information to indicate a specific credible threat involving other public venues in the country.” Sheriff Lombardo said authorities “believe it’s a solo act, a lone wolf attacker” and have no evidence of motive.