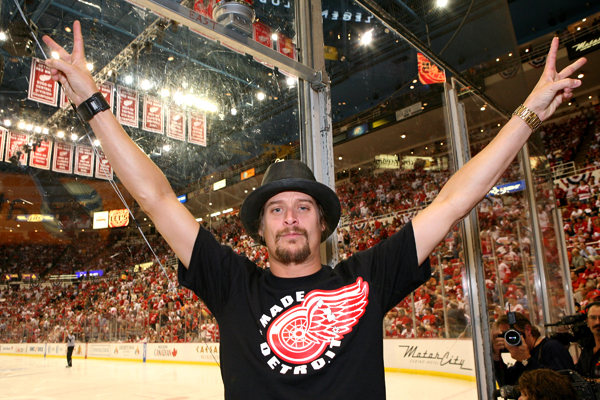 For Kid Rock, Detroit has served as a muse. The city has long been troubled by corruption and crumbling infrastructure, but Rock has championed it: he penned a popular song, “Times Like These,” in the troubled city’s honor, and when the famous Made in Detroit t-shirt brand collapsed in 2005, he stepped in, buying the company to save it from bankruptcy. Since then, sales of various pro-Detroit/Michigan tees and merchandise have been on the rise, but is Rock’s Detroit-centric fashion even made in the place that he claims to celebrate?

Not according to journalist Susan Tompor, who published an exposè in the Detroit Free Press today. She notes that the Made in Detroit products do not always originate in the city; many are sourced from the Dominician Republic, India and “even worse,” Ohio. She goes on to explain that brands can legally cut the labels out of shirts under certain circumstances, obfuscating their origins (and the line’s operations manager defends tag removal in the article). It appears that while some of the shirts are, in fact, manufactured locally, many more are not, and this is causing controversy among Kid Rock fans and Detroit citizens.

Kid Rock’s brother, Billy Ritchie, who does not work for Made in Detroit directly, defends the line’s efforts to help Detroit financially. In 2008, Kid Rock and Wayne State University partnered up on a limited-edition Made in Detroit T-shirt, with the profits funding a $25,000 student scholarship.

Kid Rock has yet to comment on the article or its allegations.