A longtime suspect in the 1996 murder of JonBenét Ramsey in Boulder, Colorado, has allegedly confessed to “accidentally” killing the six-year-old in a series of letters sent to a former high school classmate, according to the Daily Mail. Gary Oliva, 54, is a convicted pedophile currently serving a 10-year sentence in Colorado for possession of child pornography, but is up for parole in 2020.

“I never loved anyone like I did JonBenét and yet I let her slip and her head bashed in half and I watched her die,” Oliva wrote in a letter to his former classmate, Michael Vail. “It was an accident. Please believe me. She was not like the other kids.”

In another letter to Vail, Oliva wrote, “JonBenét completely changed me and removed all evil from me. Just one look at her beautiful face, her glowing beautiful skin, and her divine God-body, I realized I was wrong to kill other kids. Yet by accident she died and it was my fault.”

George Floyd's Body Is on Trial for Its Own Murder

Grindr Murder: Could Kevin Bacon's Death Have Been Prevented?

Vail has suspected his old high school buddy killed JonBenét for the last 22 years, ever since he received a disturbing phone call from Oliva shortly after the murder and before the case made national headlines.

“My suspicions began when Gary called me late at night on December 26, 1996,” Vail, who lives in Ventura, California, told the Daily Mail. “He was sobbing and said, ‘I hurt a little girl.’ … I tried to get more information out of him. The only other thing he told me was that he was in the Boulder, Colorado area. On December 27 I read on the front page of my local newspaper ‘Girl, 6, slain in Boulder, Colorado’. … I immediately called the Boulder Police Department and told them what I knew about Gary and what he had told me just days earlier. They didn’t get back to me. Three months later I called the police again to find out what was going on in its investigation of Gary, but instead I was sent to a police answering machine set up for tips on the JonBenét case. I left a message on the recorded line and again I never heard back from investigators.” 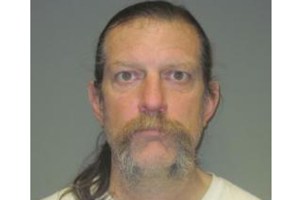 Back in 1996, Oliva was a registered sex offender whose listed address was not far from the Ramsey home, and he reportedly attended a candlelight vigil shortly after JonBenét’s murder. But despite receiving several tips from Vail, Boulder Police didn’t consider Oliva a suspect until 2000, when he was arrested on unrelated charges and police found a photo of JonBenét, a poem he’d written titled ‘Ode to JonBenét’, and a stun gun among his possessions. Several investigators, including Lou Smit, a retired homicide detective hired by the Boulder District Attorney, had theorized that a stun gun may have been used to subdue JonBenét the night of the murder.

Boulder Police investigators lost interest in Oliva when new DNA testing methods failed to match his DNA to the crime scene evidence, but the department has since acknowledged that the crime scene was mishandled. In 2002, Smit (who has since passed away) told 48 Hours that he still considered Oliva a suspect. So did Vail, who told the Daily Mail that Boulder police have placed “too much emphasis on DNA matches” when it’s well known that “the crime scene and evidence in the case was compromised.” Haunted by Oliva’s tearful phone call, Vail has maintained contact with him for years in hopes of eliciting a confession.

“I’ve continued this for decades now, even with him being in prison,” Vail said. “But he has only just admitted to killing her. He believes he will go to hell if he doesn’t admit to it. I have now sent these letters to Boulder police in the hope it will get Gary to provide them with firm proof and to name who else may have been involved in JonBenét’s death. … Now they have this, a written confession, the police need to charge him with her murder.”

“I pleaded guilty to the murder of JonBenét as well as countless charges of assaults and sexual abuse against many children,” Oliva wrote in a recent letter to Vail, according to the Daily Mail. “There were various agreements made by me and the court which I signed many pages.”

While there is no such plea on the record, the arrest affidavit, while redacted, very likely alludes to Oliva’s longtime, ongoing obsession with JonBenét. According to the affidavit, obtained by the Daily Mail, investigators found on Oliva’s phone “approximately 335 photos that had something to do with [REDACTED].”

On Thursday, January 10, the Boulder Police Department issued a statement to the media and on its website, seemingly in response to the Daily Mail’s story.