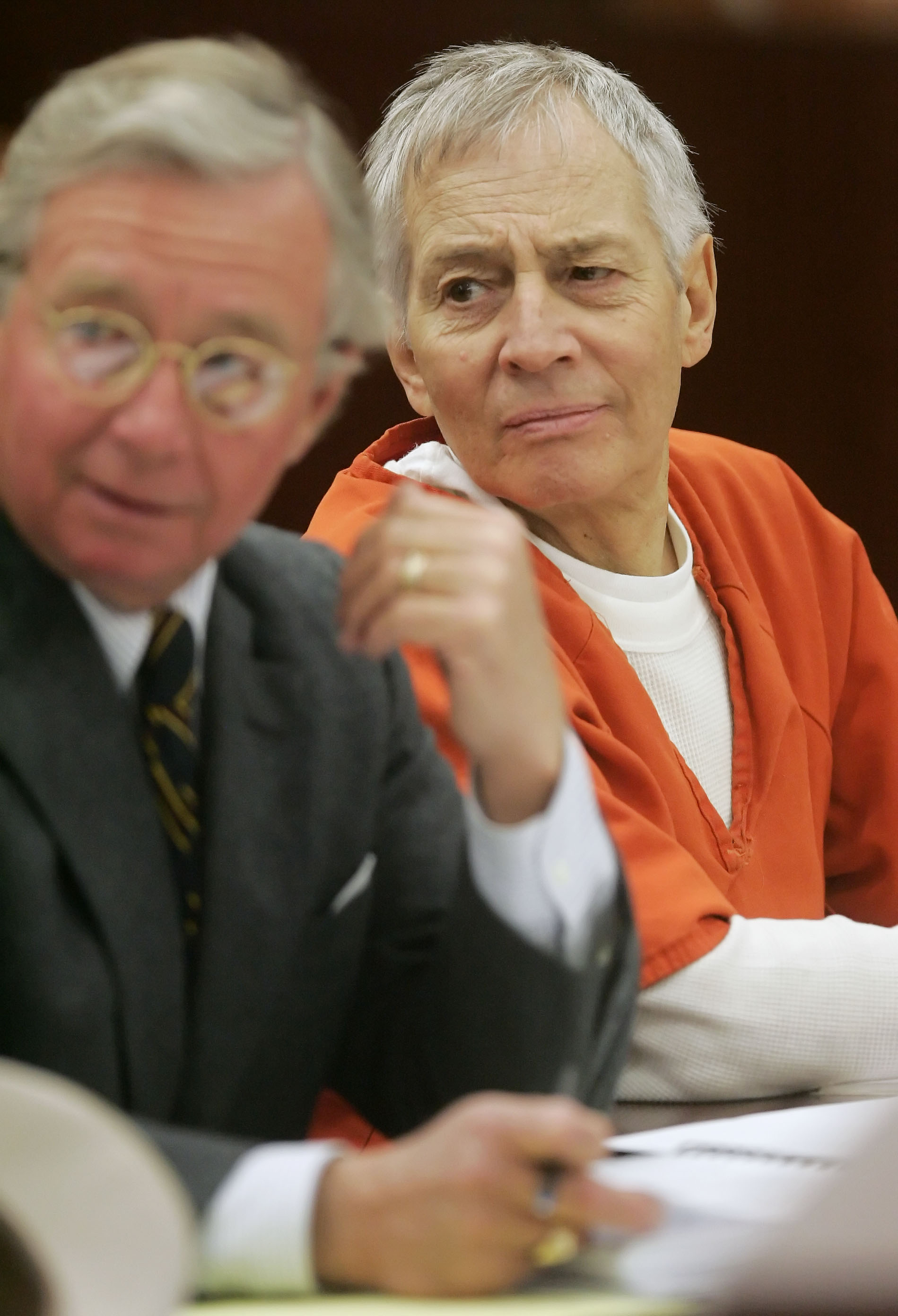 While being interviewed for HBO’s docuseries The Jinx, millionaire murder suspect Robert Durst seemingly admitted to killing three people, but that’s not the damning evidence that led to his arrest this past weekend. A law enforcement source has told The Associated Press it was the discovery of a letter Durst admitted to writing to one of his alleged victims that prompted the decision to handcuff him.

Producers of The Jinx, which examined three murders Durst was linked to but never convicted of, had promised a bombshell of a finale. During the episode, they presented the 71-year-old with two letters: one that police had received around the time of Susan Berman’s death pointing them to a “cadaver” and a newly discovered letter that Durst admitted to mailing to Berman.

'The Jinx': Everything You Need to Know

Although he denied writing the former letter – going so far as to say it was a “big risk” and something “only the killer could have written” – he failed to tell it apart from the one he wrote when they were both enlarged. In the same episode, a live mic caught him off-camera whispering, “There it is. You’re caught. What the hell did I do? Killed them all, of course.”

The AP’s source said the audio aside was not presented to prosecutors, since detectives were investigating whether or not it had been tampered with, but it was analysis on the letters that led to his arrest.

California police charged Durst with first-degree murder in the shooting death of Berman on Monday. He is being held without bail and could face the death penalty, due to circumstances alleging he ambushed and killed Berman, a possible witness in the death of Kathleen. Police allege Berman assisted him in covering up Kathleen’s wife.

The Jinx subject also faces a charge of being a felon in possession of a gun, since he was carrying a revolver at the time of his arrest in New Orleans.

Berman was executed with a gunshot to the back of her head in her Beverly Hills area home shortly before police were to question her about Kathleen’s disappearance. Since Berman was the daughter of a mobster tied to Bugsy Siegel and Meyer Lansky, police had previously suspected the Mafia in her death.

Although Durst’s admission made for riveting television, attorney sources for The AP said it might be too speculative to hold up in court since his defense could argue it was a joke. Still, it could become key evidence.

Durst is maintaining his innocence in the murders of Berman, his wife and his neighbor Morris Black, whom he admitted to dismembering. He appeared on The Jinx against his lawyers’ advice.