“She’s a real English rose,” Jones said to the Telegraph, upon the campaign’s well-publicized launch. “The collection is quite aristocratic and she was a perfect fit. She has a real natural beauty and is really engaging.”

Cast in a ghoulish glamour, Findlay evokes a lovely, well-accessorized Victorian ghost. Her skin is whitened to an eerie, pearly pallor, her lips blanked out, her eyes look bruised – but the theatricality works well. It’s a stately collection of jewelry and demands drama from its wearer.

“They almost look like museum pieces,” Jones says of his latest designs, “but with a modern aesthetic.” The same could be said in praise of the ever-increasing appeal and influence of Downton Abbey itself. 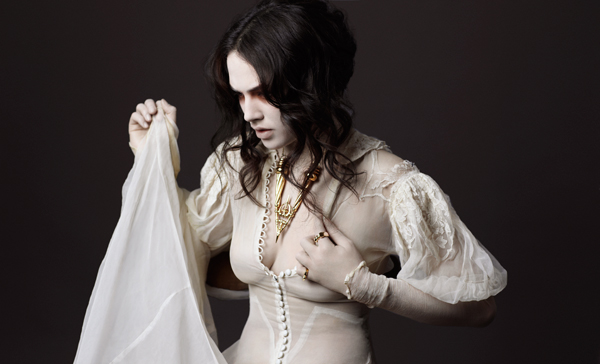