In the wake of the Harvey Weinstein revelations, one of the first things I thought was: “Who’s next?” My wife Anna Scott, a public radio reporter for KCRW in Los Angeles, had an answer: James Toback.

She is one of what appears to be a very long list of women who have been accosted by the New York-based writer and director behind films like Black and White, Two Girls and a Guy and The Pick Up Artist. My wife’s own gruesome story dates back to about 18 years ago, when she was a senior in high school. Toback vaguely offered her a film role and then proceeded to talk to her about masturbation and pubic hair. Fortunately, she managed to extricate herself as the conversation moved to the prospect of heading to a hotel room somewhere, but she was still left feeling humiliated.

As a reporter for LA Weekly who’s covered sexual misconduct cases before, I began reaching out to a number of women who had tweeted about their own Toback experiences. I spoke with a total of nine of them, all of whom revealed similar stories of unwanted sexual advances from Toback, a mere fraction of the 38 who initially talked to reporter Glenn Whipp of the Los Angeles Times. Since the story first published, hundreds of others, including Selma Blair, Rachel McAdams and Julianne Moore, have reportedly come forward. Most of the stories I heard followed a similar plot.

Ambika Leigh says she met Toback in 2008, when she was a 30-year-old aspiring actress and waitress at the Polo Lounge in the Beverly Hills Hotel, and that he told her he was a director looking for an actress to collaborate with on his next film. According to Leigh, they would meet a number of times over the next two months, for lunch or dinner, and just talk. After dinner one night, she says, Toback invited her to a house where he was staying. She says Toback told her he wanted to do some “acting exercises” with her, in order to build trust and establish a bond that he said was important to his filmmaking process. She was reluctant at first, but finally agreed.

“He sat me on a chair and kneeled down in front of me,” she recalls. “Before I knew what was happening, he was humping my shin. Humping me like a dog. It was so shocking.” She says she found the act more pathetic than threatening. “I started laughing at him,” she says. “And then, quickly, he came in his pants. I could feel the warmth on my leg. He totally ejaculated.”

Sari Kamin, who recently recounted a similar story on Medium, told me that after intermittently dining with Toback over the course of six months, he invited her back to a hotel room. Kamin reluctantly agreed. “He kept saying how he was a non-traditional director,” Kamin says. “He had to connect to actresses on an emotional level. I was scared he meant sex, but I was too scared to ask. I convinced myself that he wasn’t going to hurt me. I felt like I had to do it, that I had to see it through.”

Once in the room, she says, “Pretty much the first thing he did was, he told me to get undressed. I didn’t want to. He said, ‘How can I work with you if you can’t do this now?’ So I did it. I hated myself for it. I didn’t want to do it. And I did.”

She says Toback began analyzing her body, commenting on how he would photograph her, what parts of her he would allow the camera to rest upon. Next, she says, he asked her to sit on a chair and began telling her about other actresses he’d slept with, how it was part of his process. After what seemed like hours of just talking, she says he walked over – still fully dressed – crouched down, and started rubbing his crotch against her leg. “I looked at him,” says Kamin, who then asked him, “‘Are you trying to get off?’ And he looked at me and said, ‘Absolutely.’ I just said, ‘No, I’m out.’ I grabbed my clothes and left.”

I reached out to Toback through his agent, Jeff Berg, who has since parted ways with the director. Toback called me back on Tuesday, October 17th, four days before the Times story was published. He asked me if I was recording the call. I wasn’t. He told me he was, and that he wouldn’t talk to me if I didn’t – I wouldn’t believe how many times he’d been misquoted, he said. I told him I’d figure something out, and he said he’d call back in a few hours. And so he did.

Here’s a transcript of the conversation:

Me: So… I’ve got some allegations made about you. I guess the most simple one is that you approach women on the street and offer them film roles, and talk about how you want to be involved with them, working in movies, and then the conversation quickly switches in some way to sex.

James Toback: Lemme be really clear about this. I don’t want to get a pat on the back, but I’ve struggled seriously to make movies with very little money, that I write, that I direct, that mean my life to me. The idea that I would offer a part to anyone for any other reason than that he or she was gonna be the best of anyone I could find is so disgusting to me. And anyone who says it is a lying cocksucker or cunt or both. Can I be any clearer than that?

Me: No, that’s pretty clear.

Toback: Anyone who says that, I just want to spit in his or her fucking face. I’m sitting here with Sienna Miller. By the way, no one who’s ever worked with me would ever say anything like that. No one. But I’ve just finished a movie with Sienna, which you should see, and help to get out there, called The Private Life of a Modern Woman. But here, she’s sitting right here, so just say hello to her.

[Off-the-record conversations take place, before the phone is passed back to Toback.]

Toback: No, seriously, I find it offensive and insulting and disgusting, that people… Because it’s the opposite of the way I work. I don’t give my best friends parts unless they deserve them. Ever.

Me: A couple women I talk to say that you were discussing roles with them for a couple months, and then you basically got them into a room, and you proceeded to hump their leg.

Toback: Give me one name.

Me: Alright, I’ll give you two names. One is Ambika Leigh. She met you when she was working at the Beverly Hills Hotel, and she went back with you to [a friend’s] house, where you were staying, and that you humped her leg like a dog.

Toback: OK, that is a total lie. I never heard of the person before. And then who was the other one? First of all, that description wouldn’t fit anyone, but I never heard that name before in my life. And believe me, I would remember it, because it’s a very unusual name. 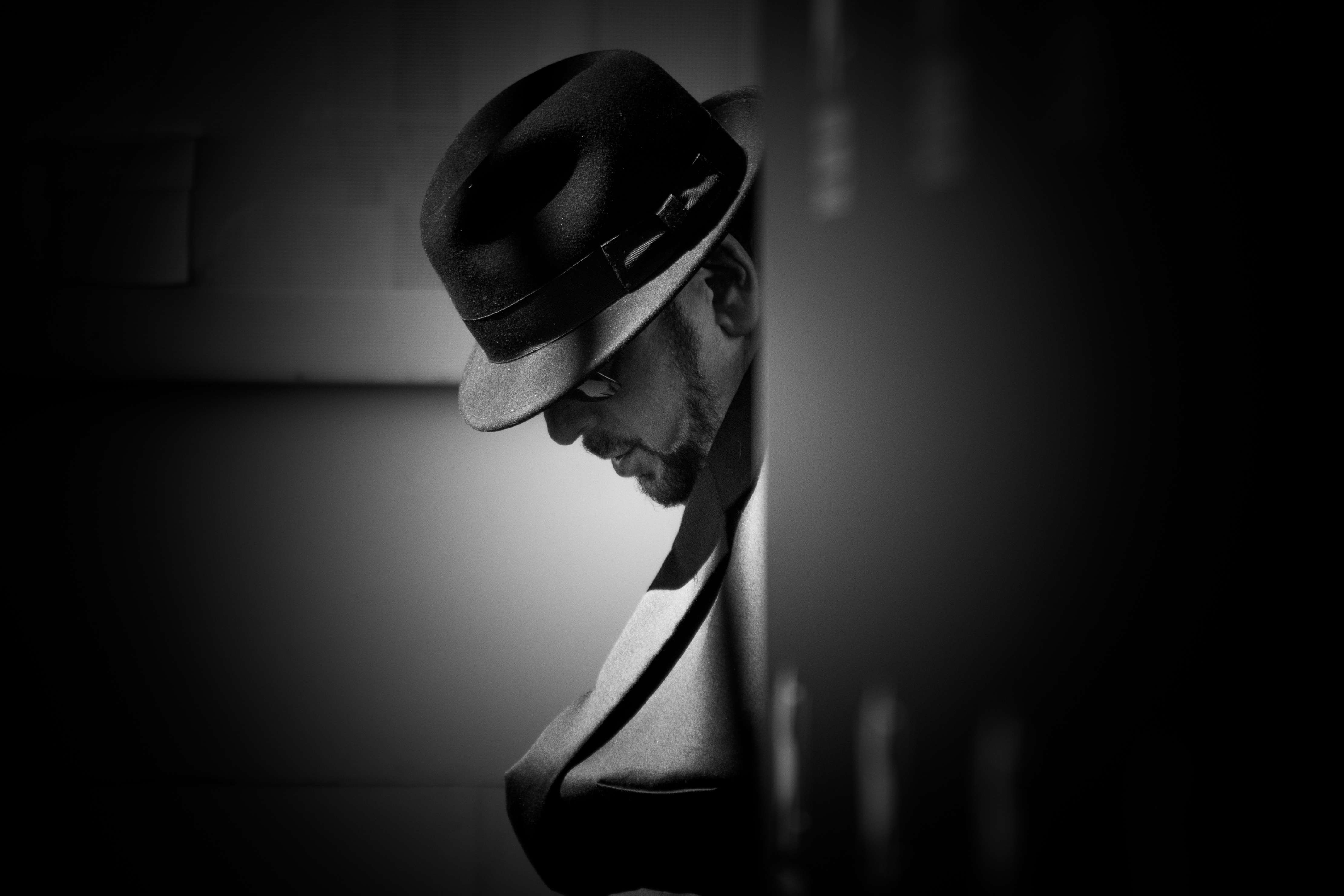 Me: Uh, yeah. The second woman is Sari Kamin. She said she met you at a Kinko’s, and that you guys met for about six months, and that you went to a hotel room. She’s also written about this on Medium, but she says she went with you to a hotel room, you asked her to take off her clothes, and you, uh, humped her leg.

Toback: You know, I mean, what happens… this is just too stupid. I mean, these are people I don’t know, and it’s things I never would have done. And it’s just not worth talking about. It’s idiotic. My question to you is, do you want to be a writer? Do you have any sense of yourself as a serious person? Because this stuff should be beneath anybody.

Me: Well, no, I don’t think that’s fair. You’ve got a number of women making these accusations. If it were one or two you could maybe dismiss it.

Toback: No, they hear each other. And they gang up. There was an article years and years ago with a bunch of anonymous people. People read things… it’s all, you know, me too, me too, me too, me too, me too. Anyway, it’s too stupid to waste time on. It really is. It doesn’t have anything to do with my life in any way. It never has. I work seriously with complete integrity. I never, never, never have offered a part to anyone who didn’t deserve it, and I’ve never not delivered when I do offer a part. My word is better than a contract.

Me: You’ve never just sort of met someone on the street, and started talking, ‘Oh, I’m a director, I’ll get you a film role, let’s hang out…’

Toback: No, I’ve never said ‘I’ll get you a film role’ to anybody ever.

Me: Anything to that effect?

Toback: Anything like that is nauseating and disgusting. And I would never say anything like ‘I’ll get you a film role.’ It’s too stupid to dignify. It’s pathetic lies. It’s just too fucking embarrassing and idiotic. And if I were you, I wouldn’t go repeating it, unless you really knew it were true, because it isn’t. So that’s all I have to say. This is not worth wasting another second on.

Me: Alright. Well thank you for you time.

Shortly after I hung up, Toback called back. This time, I didn’t record the call. He told me he thought my questions were “really rude,” and that I should talk to someone he’s actually worked with. “You can speak to a multitude of people I’ve worked with,” he said, “you will never hear anything but a good word. To ignore that, and to instead quote people whose names I don’t know, it’s not a good way to deal. It’s beneath good journalistic standards.”

So that’s about it. As a reporter, you get used to all kinds of denials. There’s the non-denial denial, the plain denial, the emphatic denial, the glib denial. The “I was only joking” denial, recently employed by former President George H.W. Bush. But calling your accusers “lying cocksuckers or cunts” is a denial I have never heard before (he even managed to plug his film while being accused of sexual assault). I probably could have said, “Hey, that’s my wife you’re talking about!” But, really, I was too stunned.