The late Japanese designer Issey Miyake was not just a favorite of the fashion crowd, he was a favorite of musicians too, with his flowing garments featured prominently on both red carpets and music videos alike.

In 2014, the designer dressed Beyoncé and her dancers for her “Mine” music video, the Drake-featuring single from Beyoncé’s seminal self-titled album. While the dancers were clothed in draped, flowing dresses in the clip, Beyoncé wore a dramatic veil from Miyake, in his signature pleated-style finishing.

But Beyoncé wasn’t the only famous artist that worked closely with Miyake. The pioneering designer found his muse in Grace Jones, who became a frequent collaborator with him in the late Seventies and early Eighties. Jones wore an androgynous look from Miyake on the cover of her 1980 album Warm Leatherette, and famously sported a Miyake ensemble for the 1983 Grammy Awards. 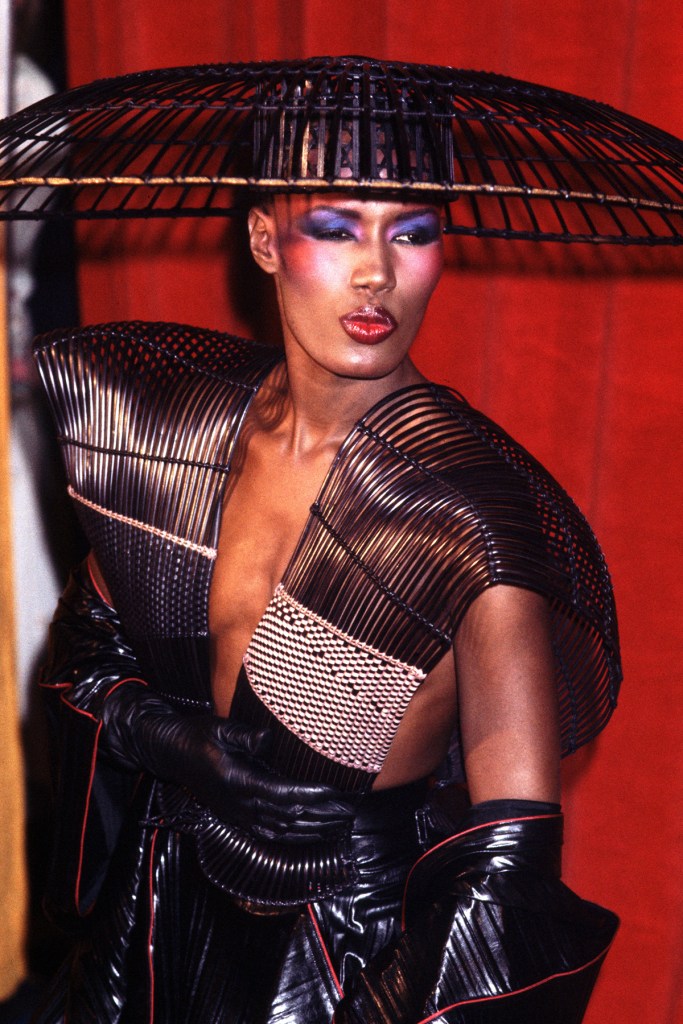 When it came time to selecting a photograph for the cover of her 2015 memoir, Jones chose a photo of herself in a black, halter-style Issey Miyake dress, replete with a dramatic, oversized collar. “I wear his clothes every day to this day, and even those pieces I’ve worn for years still surprise me,” Jones wrote in the book, detailing her close friendship with the designer.

Other musicians to have worn Miyake over the years include everyone from Andra Day and Rihanna to Celine Dion (and yes, though not exactly a musician, Steve Jobs famously had a closet full of black turtlenecks from the Miyake house).

Joni Mitchell was one of the last musicians to wear Issey Miyake in public, making a surprise appearance in a look from the brand at the 2022 Grammys. Mitchell has been a longtime fan of both the designer and brand, and is said to have collected “hundreds” of pieces from Miyake over the years. 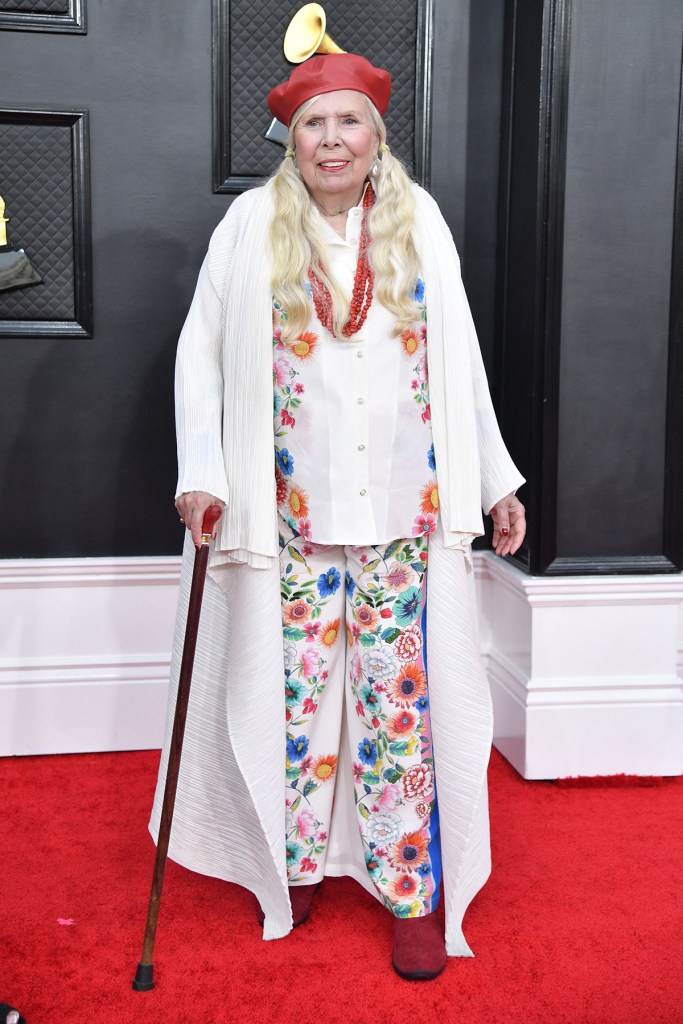 Born in Hiroshima, Japan in 1938, Miyake graduated from the Tama University of Fine Arts in Tokyo before continuing his studies in Paris at the Chambre Syndicale de la Couture Parisienne. The designer would go on to intern at the fashion houses of Guy Laroche and Givenchy before launching his eponymous line in 1970.

Miyake was one of the first designers to put Japan on the map for audiences in Europe and North America, with fans and critics alike fawning over his innovative approach to construction and origami-style shapes. But while dramatic silhouettes and experimental use of fabrics contributed to Miyake’s appeal, it was his deft use of pleats that would become his sartorial signature. Miyake’s “Pleats Please” collection continues to be a best-seller for the brand today, along with the corresponding men’s line, dubbed Homme Plissé Issey Miyake.

The designer expanded into fragrances in the Nineties and saw huge success with his L’Eau d’Issey scent for both men and women. The fragrance has made a comeback in recent years, thanks to a Nineties nostalgia trend and a new generation of fans discovering the fashion house’s work through social media. Just last spring, Doja Cat posted a series of photos of herself wearing an Issey Miyake ensemble on Instagram, calling Miyake her “favorite designer.”

Miyake died Friday, Aug. 5 at the age of 84. His design studio confirmed that the pioneering designer had been battling liver cancer in recent months.

In a statement on Tuesday, the house said that “Miyake’s dynamic spirit was driven by a relentless curiosity and desire to convey joy through the medium of design.” And while the designer had stepped down from a day-to-day role in recent years, the house added, “He never once stepped back from his love, the process of making things. He continued to work with his teams, creating new designs and supervising all collections under the various Issey Miyake labels. His spirit of joy, empowerment and beauty will be carried on by the next generations.”