What is considered bizarre in many American cities has long been the norm in Portland. A much-satirized stronghold of nonconformity, Oregon’s largest city boasts a whole museum dedicated to weirdness – and, perhaps even weirder, another to vacuum cleaners. It has a vegan strip club. It has a franchise that sells donuts shaped like gigantic blunts. It also, as I learn on a ride exploring the town, has a curious and lively subculture of locals working to create an economy that thrives without the exchange of a single dollar.

I’ll admit that when I first heard that various Portlanders had embraced a movement of cashless commerce – a new school take, in effect, on old-school bartering – I was a touch dubious. I imagined hearing a lot of half-baked sermonizing about the shortcomings of capitalism, the pernicious evil that is the American dollar, and sticking it to the man by trading mood rings for healing crystals. What I ultimately found was something both simpler and more compelling: People drawn to fostering community and having fun – and, in the process, reminding each other that money isn’t everything.

Downtown Los Angeles Reborn: Exploring (and Tasting) the 'Center of Everything'

Flashback: Lindsay Weir Becomes a Deadhead on 'Freaks and Geeks'

Take my first stop, Bakari Garden, tucked away off a bustling stretch of bars, restaurants and marijuana distilleries in the city’s scrappily hip northeast corridor. With its well-tended plots of cherry tomatoes, ghost peppers, and pumpkins, it looked like the sort of earnest swaths that fuel farmer’s markets in hipster enclaves everywhere. The difference is that it was one of nine gardens that make up the Urban Farming Collective, a group that grows and delivers food to the community while shunning paper money. Instead, volunteers who work the fields earn a “slug” for every hour, which can then be exchanged at a weekly “barter market” held every Tuesday.

“One slug gets you a pound of greens,” says Holli Prohaska, the group’s director, who has the sinewy arms and generous spirit of someone who clearly loves pulling root vegetables from the soil. “If you have a lot of slugs you can give them away to friends, family members, neighbors. It’s all just about being able to eat great, locally sustainable food without the need for money.”

During my stay, I discover that outwardly traditional businesses are operating with the same spirit by finding ways to work bartering into their pricing plans. When Graham Talley opened Float On, a sensory deprivation facility with a cult following in town, he liked the idea of using bartering to encourage as many people as possible to try out the meditative experience that comes from entering one of his womb-like saltwater tanks. So while some customers pay $65 for a 90-minute “float,” others have gotten a taste in exchange for the art that hangs on the wall. He has a float-for-coffee pact with a nearby coffee shop, Nectar Café, which in turn has a whatever-for-coffee policy with its customers. “Some people help washing dishes, others with our clothing line,” says its owner, Natasha Stille. 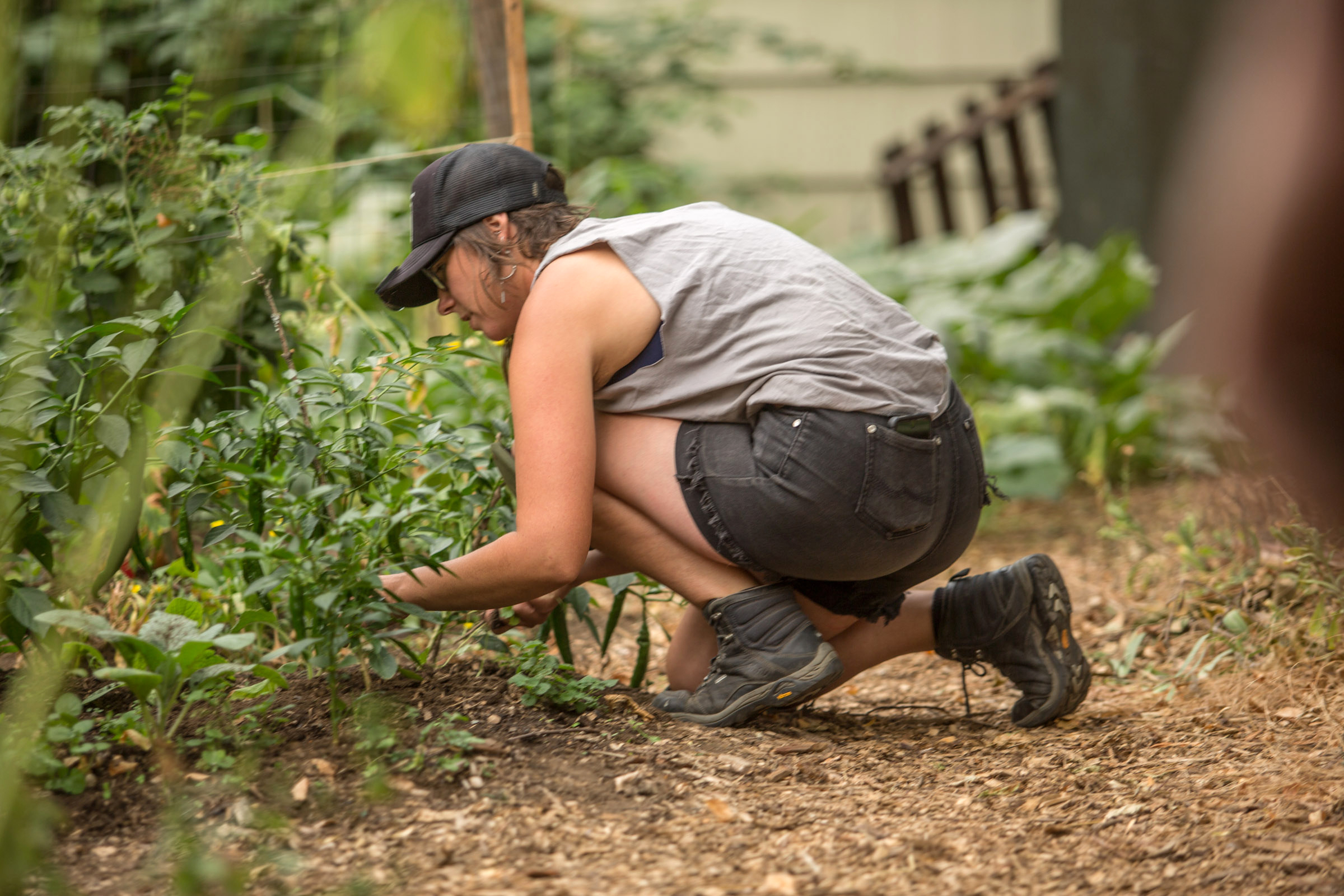 My tour through this world leads me to a donut shop that proudly offers flights of chai, where I attend the PDX Food Swap, a gathering where two dozen or so locals trade homemade food goods. The offerings were staggering and as delicious as anything you’d find in an upscale market: smoked salmon, pineapple habanero hot sauce, pickled watermelon rinds. “We’re basically a cashless bartering society,” explains one of its creator’s Bethany Rydmark. Her co-founder, Lindsay Strannigan, chimes in that Portland lends itself to such experiments. “In other cities people might get weirded out,” she says. “Here, nobody bats an eye.”

Indeed, everyone I meet says something to this effect: that bartering is both a natural extension of Portland’s off-kilter ethos and, as the city has become more polished and pricier with the influx of tech companies a means of preserving it. It was that instinct that lead Kevin Fiske and Josh Fitz to create the PDX Barter Market, a seasonal get together where locals trade just about anything and everything. “Artisanal bread for hypnotherapy – that sort of thing,” Fitz says with a laugh as he walks me through the art gallery where the market is held.

“It’s not that money is evil necessarily, but it’s a way to get things done if you’re not necessarily likable,” adds Fiske. “We’re trying to show a way to have fun without money.”