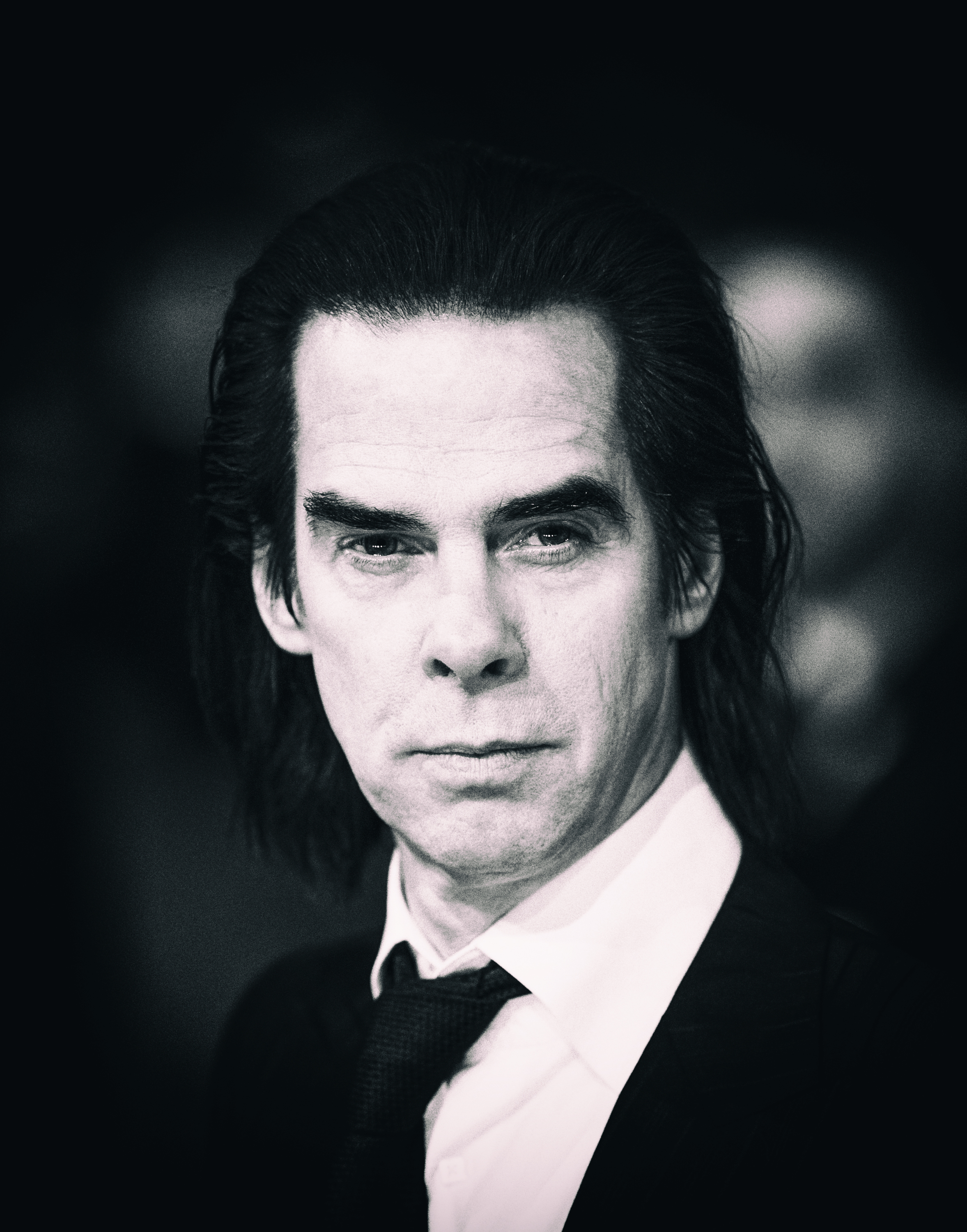 I knew this fucking thing wouldn’t work,” grumbled Nick Cave as he grappled with a headset mic on Wednesday night. “It always works for Madonna!”

Malfunctioning microphones (and a pervasive air of mild disorganization) aside, Cave’s appearance at Grauman’s Egyptian Theatre in Hollywood thrilled the fans who packed the venue; some had driven from as far as Alaska to see their hero at one of the two U.S.  promotional appearances he’s making on behalf of his new book, The Sick Bag Song. (The musician and author will also be appearing at the Florence Gould Theatre in New York City on Friday, April 10.)

Resplendent in a black suit and blacker hair, Cave treated the assembled to several passages from Sick  — a surreal account of a North American tour with his band, the Bad Seeds — stalking the stage in sync with the rhythmic cadences of his words while lit only by a small white spotlight. The book, which was released this week in both limited and “unlimited” editions by the independent publisher Canongate, is far from your typical diary; snapshots of mundane reality (traffic jams, reading in a park) melt into disturbing visions peppered with flashbacks from his childhood. There are heated exchanges between Cave and his muses, and unsettling encounters with a few of his musical heroes (Bryan Ferry, Bob Dylan) that cause Cave to ponder the “vampiric” nature of creativity.

Nick Cave and the Bad Seeds Brood and Rage in Hollywood

But as with 20,000 Days on Earth, the 2014 Cave semi-documentary directed by Iain Forsyth and Jane Pollard, The Sick Bag Song is only partly based in reality. “I feel I’m a fiction writer,” Cave told the audience. “For me, [the book] is a work of fiction about an aging rock star who looks a lot like me, on tour in America last year.”

Another unusual aspect of Cave’s life-on-the-road recounting is that it contains little mention of actually making music or performing onstage; just about everything in the book takes place in its creator’s head during the ample pre- and post-show downtime. “There’s not much you can really write about performing,” he explained. “[It’s] something that’s ecstatic on one hand, and unbelievably forgettable, as well. I don’t ever really have that much recollection of my performances; all I remember is the kind dread of sitting around waiting to go on, and then coming off and something’s sort of lifted off you in a way…

“Touring is incredibly tedious, obviously,” Cave continued. “It’s kind of ritualistic, a circular-moving thing, and you do get into the rhythm of it, but you do get into a very bizarre frame of mind. There’s a sort of wisdom among musicians that all you can do is the show, and you can’t really do anything else creatively — you just sit there in the bus and are taken to the next gig… I wanted to see if it was possible to do something else [while on tour], and that was really why I wrote the book.”

A pair of promotional film clips for the book (also directed by Forsyth and Pollard) were screened at the event, including one that showed Cave staring into a kaleidoscopic lens while reciting an erotically-charged tale based on his last visit to Los Angeles. But the real treat of the evening was the opportunity to hear Cave conversing with the event’s moderator and various members of the audience. During the Q&A session, he expounded upon everything from his writing process and listening habits (“I hardly listen to music except in the car, but my wife recently got her license — so I don’t even get to do that!”) to how much he misses Roland S. Howard, his Birthday Party co-conspirator who passed away in 2009. (Also, if you’re curious as to the best movie he’s seen recently, the answer is Foxcatcher.) While his dark and brooding side was very much in evidence during his readings, Cave came off the rest of the time as charming, wryly funny and surprisingly humble — when one audience member mentioned that he’d already devoured 50 pages of The Sick Bag Song, the Lead Bad Seed seemed both flattered and genuinely curious as to what he thought of it.

The book’s title comes from the author’s decades-long habit of scribbling notes and song lyrics on the back of airsickness bags during flights. “You sit on the plane, and you need a piece of paper, and there’s a plain white sheet of paper right there in the pocket in front of you,” Cave explained. “They’re quite different [from airline to airline] — it becomes quite fascinating to see what they put on them.” He did, however, take United to task for their policy of providing airsickness bags with plastic coating. “They’re the only ones you can’t actually write on,” he laughed.