Chris and Trish Thomas’ Good Body Products table was a hotspot at the Cotton Mill Holiday Craft Fair in Brattleboro, Vermont, early this December – they managed to sell out of products both days of fair, hawking all-natural salves, body butters and scents to shoppers eager for stocking stuffers and office party gifts. The most popular items on their table? The Green Power Salve and Whipped Wonder Butter, two products that include hemp-derived cannabidiol, or CBD – a substance that the DEA has just clarified falls under Schedule I drug classification. Yes, this organic, mom-and-pop operation could arguably be breaking the law.

On December 14th, the Drug Enforcement Administration sent businesses like Good Body Products into a tizzy when they filed a notice titled “Establishment of a New Drug Code for Marihuana Extract” in the Federal Register, assigning a code to “marihuana extracts” for the purpose, they say, of tracking scientific studies of these compounds separately from marijuana. This will also help the DEA better comply with international drug control treaties.

What the Drug War Could Look Like Under President Trump

Unfortunately for people like the Thomas family, however, the fact that extracts have a specific drug code means that “[they] will continue to be treated as Schedule I controlled substances,” the notice reads. This includes CBD, which doesn’t get the user high and could potentially have myriad medical attributes, including curbing the effects of epilepsy. In short, the Thomas’ Whipped Wonder Butter could basically be treated like heroin come January 13th, when this code goes into effect. That doesn’t mean that the DEA will necessarily enforce it as such, but the potential for loss of business is huge.

Those in the hemp and marijuana community are questioning the new code, the DEA’s power and, perhaps most importantly, the very definition of marijuana extract itself.

“Immediately our reaction was panic,” Chris Thomas says of the notice. “We literally had just launched these new topicals. We had been working on them for quite some time.”

The duo started working with natural products in earnest in 2010 after the birth of their daughter. Worried that most topical products for issues like diaper rash were packed with chemicals and preservatives, Trish decided to take it upon herself to study with local herbalists to find more natural solutions, including salves boasting hemp-derived CBD. Four years later, they launched their business.

“[Now] they’re saying there’s a possibility – by us selling a topical CBD oil-infused hemp extract – that we are the equivalent of heroin or LSD [dealers],” he says. “That is insane. What is this nation coming to?” 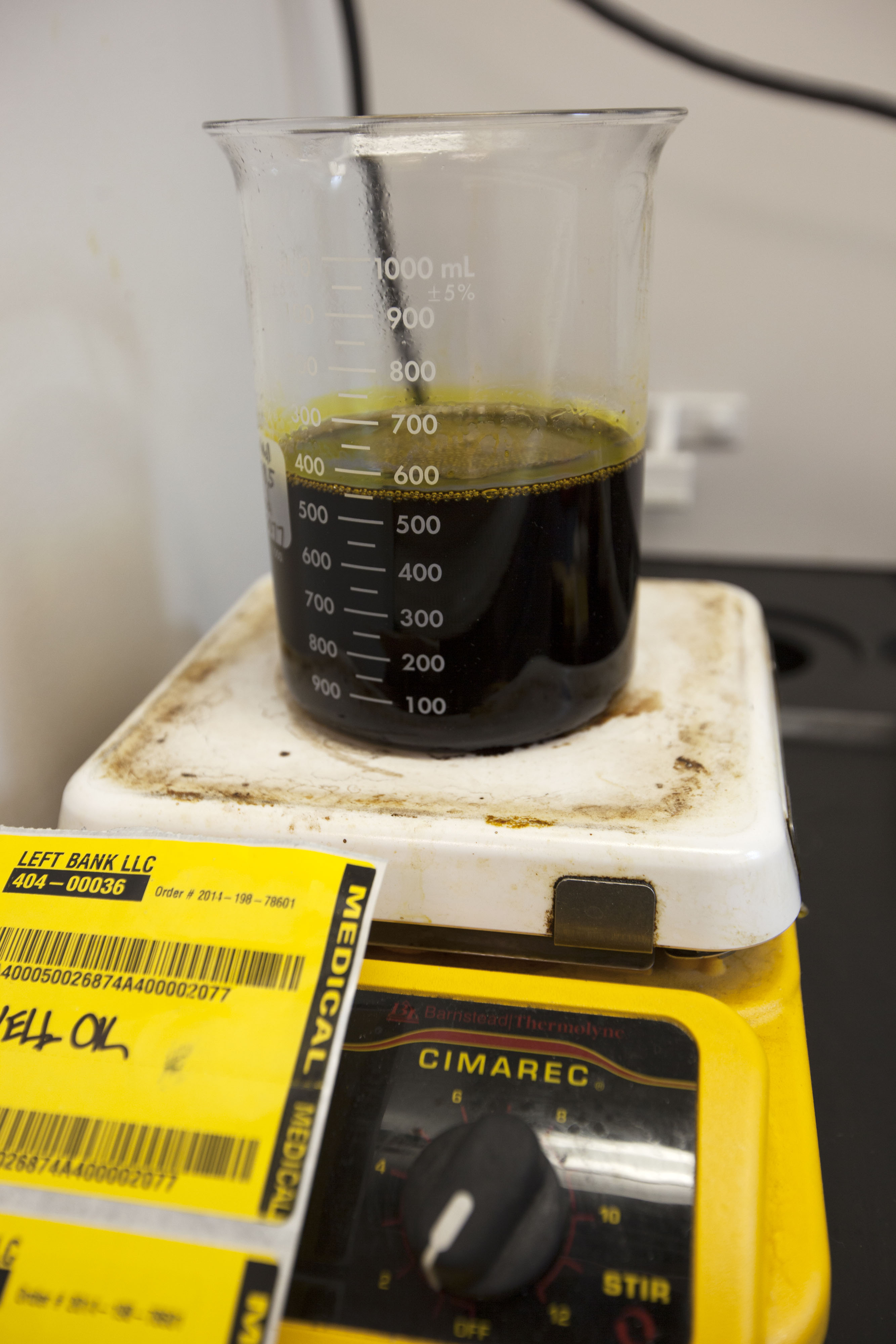 Jake Browne, cannabis reviewer for The Denver Post and co-owner of hemp subscription service HempBox, also sold CBD-infused products until about a week ago. “When the story broke we had more interest than ever,” he says. “We’re having to turn away business now because of it.”

Browne started his business in 2014, shipping monthly selections of hemp-based household goods and consumer products like soaps, shampoos and energy bars – and the majority of those products include CBD. Given the news from the DEA, several participants have pulled their products, and the service has had to indefinitely suspend subscriptions.

“Whenever I hear anything like this it’s disappointing, because the DEA has not been a friend of cannabis and has really stood in the way of an earnest conversation about where cannabis products belong in the scheduling in general,” Browne says.

There’s a lot of discussion in the community, however, about what exactly this new code is really changing – if it’s changing anything at all. According to Robert Capecchi, Director of Federal Policies at Marijuana Policy Project, people like Browne and the Thomas family have arguably been breaking the law all along.

“A lot of the storylines that I’ve seen – or at least the initial reaction to this final rule – makes it seem as if these CBD oils and extracts are being more restricted than they currently were, and that’s just not true,” Capecchi says. “[The DEA] says that they’ve always considered marijuana extract, regardless of whether it’s CBD or THC or other cannabinoid, to be a Schedule I substance.”

Capecchi believes that the DEA has decided to make this clarification now for the reason that it stated in their recent notice: they are simply updating their list of specifically coded items to better comply with treaty obligations.

Melvin Patterson, a spokesperson for the DEA, confirmed: “It basically helps the DEA, as well as other people that are doing research on marijuana extracts, from a coding standpoint,” he says. Currently, if the DEA wants to know who is doing research on CBD, for example, they’d have to comb through all authorized marijuana research in total. This code, Patterson says, helps them access this information more efficiently.

Patterson also confirms that the DEA has always considered marijuana extracts to be under the Schedule I umbrella. “This is only really an internal kind of housekeeping coding issue,” he says. 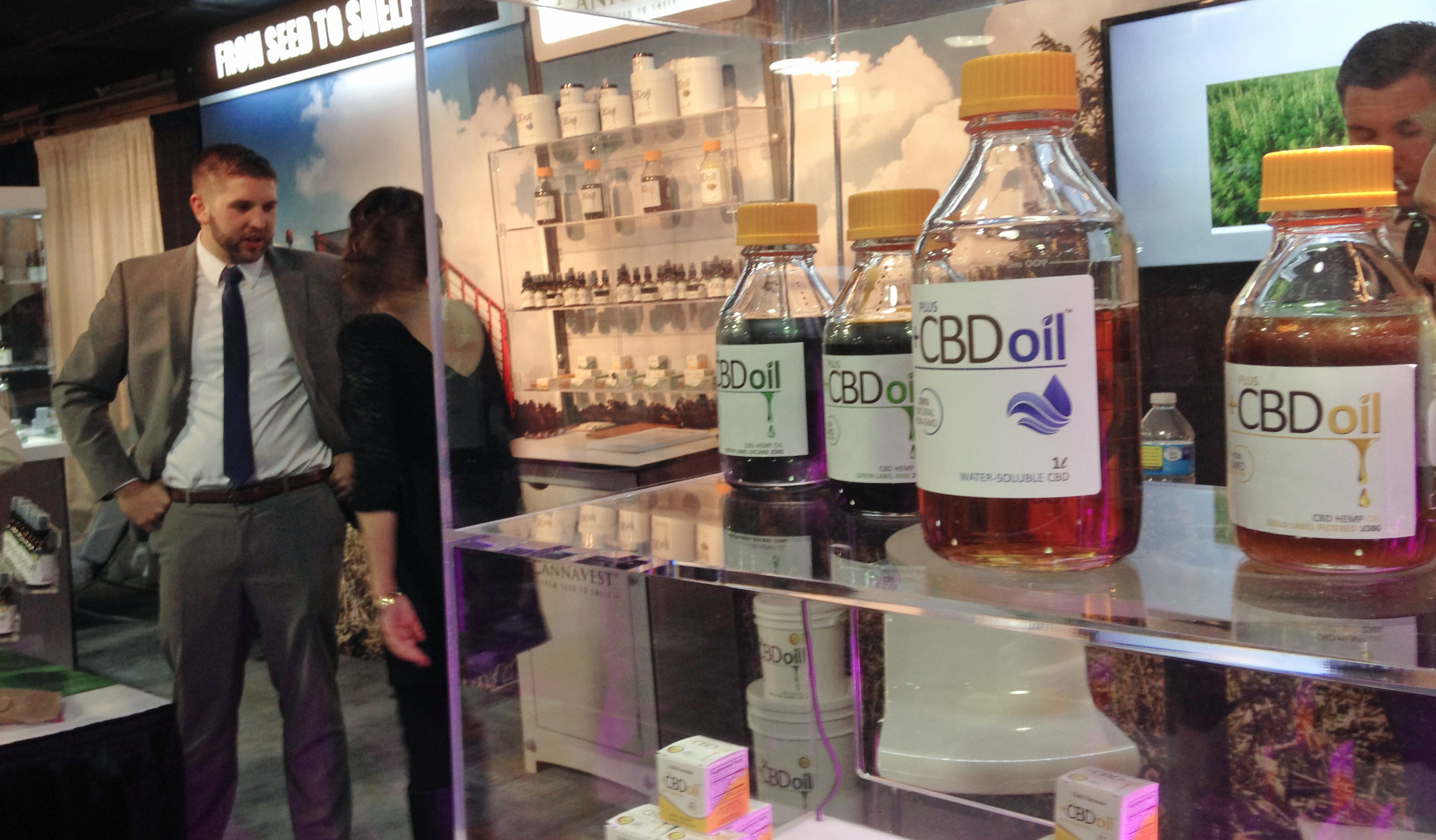 “As an attorney, I’ve become tremendously frustrated by people who say that CBD is a controlled substance, because it’s simply not a controlled substance per se,” he says. “The definition of marijuana – laid out in the CSA – excludes certain parts of the cannabis plant, so if CBD is extracted from those exempt parts, it would not, in fact, be classified as marijuana. Moreover, CBD, or any cannabinoids, derived from domestically produced industrial hemp under the Farm Bill are expressly excepted from the CSA.”

Patterson and the DEA differ on the definition of marijuana, however. “We define [marijuana] as the plant and all of its constituent parts,” he says. Those different interpretations are the heart of the matter – a difference that separates a salesperson from a criminal.

Given Hoban’s analysis, the lawyer challenges the notion that CBD is a Schedule I drug, seeing as how Congress would have to be involved in order to add a substance aside from marijuana to the Schedule I grouping. As he sees it, marijuana extracts were simply given a four-digit code number, which allows the DEA to track those substances when they’re used by entities registered with the DEA – like pharmaceutical industry operators and educational facilities. And a code in and of itself doesn’t necessarily make something illegal. “There’s more specificity in the law than the DEA is giving it credit for,” Hoban says. “And the practical implications of this coding action are far greater than the technical impact of the new rule.”

According to Hoban, while the code doesn’t count as scheduling, many government agencies use the code to determine whether or not something is a controlled substance. Translation: You can’t take that CBD-laced body butter overs the international border without facing the wrath of customs and border control.

“We have a client who makes a hemp beer – it was recently approved by the federal government as an approved formula, and this was reversed within weeks,” Hoban says. “They said, ‘Well, it has CBD in it and CBD has a DEA drug code number, so therefore it must be illegal.'” And that’s not the only client of Hoban’s that’s suffering.

“We’re seeing online and retail stores that sell these products saying, ‘These things have to be off the shelves by January 14th,'” he says. “That’s interrupting commerce.”

Hoban and his clients won’t be throwing up their hands and throwing away their wares any time soon, though. He plans to challenge whether the DEA even has the authority to exceed the Controlled Substances Act, as well as circulate a letter to Congress.

Capecchi agrees that petitioning Congress is the best recourse in this case. “I would argue that the easiest thing to do is to write your members of Congress on a weekly basis and tell them to take marijuana out of the controlled substances act all together,” he says.

Keeping an eye on the government might be prudent for those in the CBD community in the coming months. While the DEA asserts that this code is a simple housekeeping matter, people like Browne and the Thomas family think this move has more to do with the incoming presidential administration than anything else.

“I think that the DEA is attempting to make a move with the new administration to say, ‘Hey, we want the cannabis issue to be a hot topic,'” Chris Thomas says. “Because this definitely catapults it to the forefront now and it will, I think, reveal some of the administration’s stance on the whole thing.”

“With the administration changing over, this could very well be the first in a series of movements,” Browne agrees. “You have a president right now who has a month left in office and perhaps doesn’t want to expend any political capital he has left on cannabis when there’s so much else going on.”

Capecchi, however, is a bit more positive. “One of the issues where Trump has not been contradictory – in his personal rhetoric, anyway – is on marijuana policy,” he says. “He’s been pretty consistent that he thinks it should be a decision largely up the states to make whether or not they want to keep marijuana prohibited for all uses.”

So, like many factors in the United States at the moment, it seems that this issue remains somewhat muddy. “We’re treading cautiously,” Chris Thomas says. “I think there’s still a giant question mark now in terms of what the new administration’s stance is going to be, and as much as we hemp industry folks want to sooth ourselves, the reality is: this does arm the feds with grounds for going after someone like us.”