That was a nickname some young male U.S. Marines had for their female counterparts – the W.M.s, the Women Marines, the Walking Mattresses. I heard it countless times during my eight years as a Marine infantryman and combat correspondent, always derisively, as if just calling them Marines – a title we had all earned at boot camp – would give them too much credit. Later, the Walking Mattresses became “Wook’s,” short for Wookie, the big, hairy creatures in Star Wars. They call them Wook’s on the assumption that most Marines who happen to be female also happen to be unattractive, undesirable, sexual trash. Thankfully these terms are always heard as whispered exceptions, never the rule.

But when Thomas Brennan, a Marine veteran and journalist with the Center for Investigative Reporting, broke the story on March 4th of hundreds of Marines under investigation for collecting and sharing nude photographs of their female counterparts on the Internet, I wasn’t terribly surprised. Anyone with an insider ear aimed at the lower enlisted ranks of the U.S. Marine Corps, and possibly the military-at-large, knew the social digitizing of typical troglodyte barracks talk had been going on for years. Facebook pages with memes and comments denigrating female Marines have grown like weeds, with posts like a photo of a Marine pointing to her newly-pinned corporal chevrons and a comment that reads “Great job sucking dick,” or a photo of a woman’s bruised knees and the caption “Promotion Scars” in big white letters. And they’re not going away, not without pressure. Fundamentally the Marine Corps is a microcosm of American culture. If it exists in our society, it likely exists in the military in some fashion.

The U.S. Marine Corps is a competitive culture, much like a football or hockey team. Competition and physical toughness informs much of their cult-like zeal, and what has made them so successful on battlefields. But like any sport that taps into its own masculine atavism to produce success, there will always be members who convert it into something toxic and antisocial. Despite whatever the senior leadership of the Marine Corps or the Defense Department has had to say about women in uniform, women in the Marine Corps have long played a subtle but tangible second-fiddle to men. Women are trained separately from men during recruit training and quietly held to lower expectations. They’re not expected to be as competitive. Because they’ve long been considered noncombatants – despite their routine involvement in combat during the wars in Iraq and Afghanistan – they routinely must work harder and longer to demonstrate their worth to a service that supposes to call them Marines equal as any man. 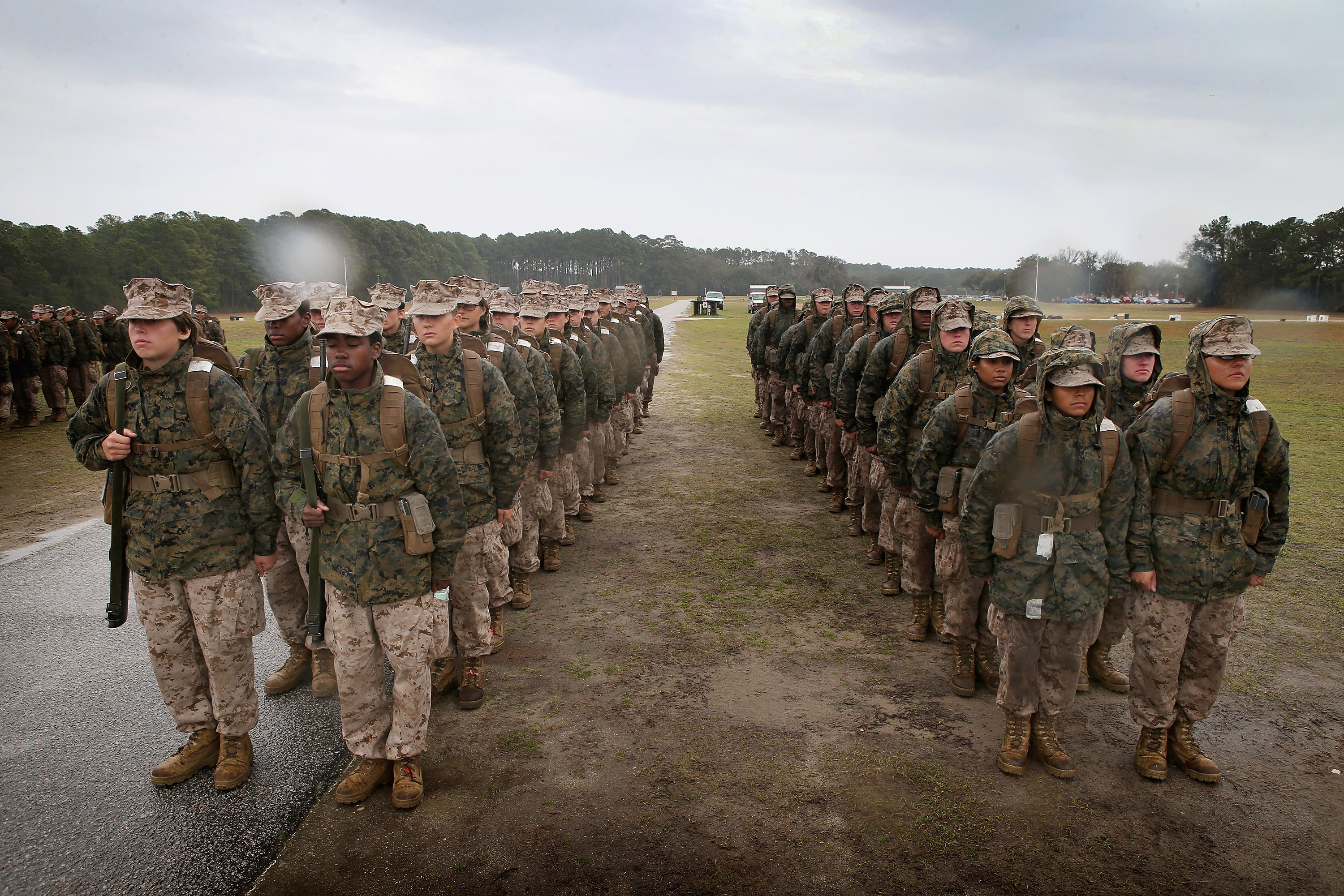 But the Marine Corps has an opportunity – a big one. Despite any conservative tendency to parlay progressive social advancement away from the ranks of the armed forces, the U.S. military has been a cornerstone of progressive social change in American history, specifically with race and sexual preference. In July 1948, President Harry S. Truman signed Executive Order 9981, which desegregated the U.S. armed forces well over a decade before the Civil Rights Act. In December 2010 President Obama repealed Don’t Ask, Don’t Tell, allowing gay Americans to openly serve in the military years before the Supreme Court ruled in favor of gay marriage. Naturally there were knuckling-dragging naysayers spouting threats of national doom because a white man and a black man (or openly gay man) could fight our national enemies from inside the same foxhole, but no one took them seriously. We still don’t.

With Defense Secretary Ash Carter opening all combat roles to women in 2015, the Marine Corps has an opportunity, despite its past complaints, to lean forward and give women the chance to show they are just as capable as any man on the front lines. It has an opportunity to levy a hard legal fine on its members who can’t seem to get a grip on the notion that their fellow Marines – regardless of sex – are not objects to be viewed and shared and belittled on garbage Facebook groups that must use the anonymity of the internet to push their reductive “humor.” The Marine Corps has long quietly deemed itself something separate from society, something more noble. If true, they should demonstrate that what might fly in the American dumpster subculture of toxic masculinity – sharing nude photos of women without their consent, threatening rape and death and other general misogyny – is not only unacceptable, but outright and openly punishable. The Marine Corps motto is “Semper Fidelis,” which is Latin for “Always Faithful,” not “Always Faithful (but only to those with penises).”

A joint effort between Defense Secretary James Mattis, a retired Marine general, and Commandant of the U.S. Marine Corps General Robert Neller, could smash these cliques of “alpha male” degenerates who measure their manhood on the ruler of the internet by denigrating their compatriots. This scandal is an opportunity to do just that, potentially even torching the offending Marines under the hard light of the Uniformed Code of Military Justice – something I certainly hope they do. This isn’t about enforcing a dubious overstep of “political correctness.” The combat cohesion of the U.S. Marine Corps and the military-at-large demand it. American society requires it for the sake of trusting the institutions it relies upon for defense. But more importantly, it’s just the right thing to do. That’s what being a Marine is supposed to be all about.