As Joan Didion tells it in her newest book South and West – two extended excerpts from her notebooks published into one handy volume – it was an aborted attempt to write about one of the most bizarre American events of the twentieth century that led her to dig into the place where she was born even more than she ever had before.

“This is not about Patricia Hearst,” Didion writes in “California Notes,” one of the two parts included in the new book. Instead, “It is about me and the peculiar vacuum in which I grew up, a vacuum in which the Hearsts could be quite literally king of the hill.”

When Patty Hearst, the granddaughter of famed publishing magnate William Randolph Hearst, was kidnapped by a domestic left-wing guerrilla group from her home in Berkley in 1974, it sparked one of the strangest stories of the Vietnam era. After two months as a hostage of the Symbioses Liberation Army, Hearst radicalized and joined her captors, even participating in a bank robbery for which she was eventually prosecuted. Because of her social status, every bit of news attached to Hearst’s abduction was worthy of the front page. It became a media frenzy, with nearly every newspaper, magazine and dedicating front page or cover space to the story as it took one strange turn into the next.

On Hunter S. Thompson and the New Edition of 'Fear and Loathing: On the Campaign Trail '72'

Didion, a California native, arrived in San Francisco in 1976 to cover Hearst’s trial for Rolling Stone, and, as she puts it in South and West, “tried to report it.” She wrote a memo to the magazine, a list of the who’s who of political and cultural figures in Northern California. Her grasp on the region and its history – combined with her sheer talent – made her an obvious pick for such an assignment. The very idea is literary catnip: Didion spending time in a courtroom in the Seventies, reporting on the infamous trial of the daughter from a famous American family, in California, her home turf. There’s possibly no single writer who has explored the Golden State like Didion, from essays collected in Slouching Towards Bethlehem and The White Album to her novel Play it as it Lays, California is more to Didion than just the place she happens to come from. To Didion, California represents everything that is good, but also terrifying and slightly off about America. That’s why no story could have been as perfect as the Hearst trial for her to cover – but it never happened.

Instead of sitting in and writing about the trial, Didion “got quite involved in uncovering my own mixed emotions,” she writes in the preface to “California Notes.” She never ended up writing the piece for Rolling Stone, because as she tells it, all the thinking about California led her to want to write about her home state more than a trial, eventually culminating with the 2003 essay collection Where I Was From.

Didion’s interest in Hearst and the trial, like everything she wrote about, was borderline obsessive. As she said in 1974 about the subjects she covers, “I make them up. They reflect what I want to do at the time, where I want to be.” It’s obvious Hearst was something that fascinated her. Sandwiched between writing about her first ride in an airplane, her school and family, readers get a few glimpses into her interest in the life, times and trial of the famous heiress who was on trial for participating in a bank robbery along with her SLA kidnappers. In “California Notes,” she writes about a 1974 photograph of Patricia, her father and one of her sisters at a country club party taken a few months before the kidnapping. There was something about the story of Patricia Hearst that she connected with, so much so that she was going to write about the young woman’s trial. But then she didn’t. 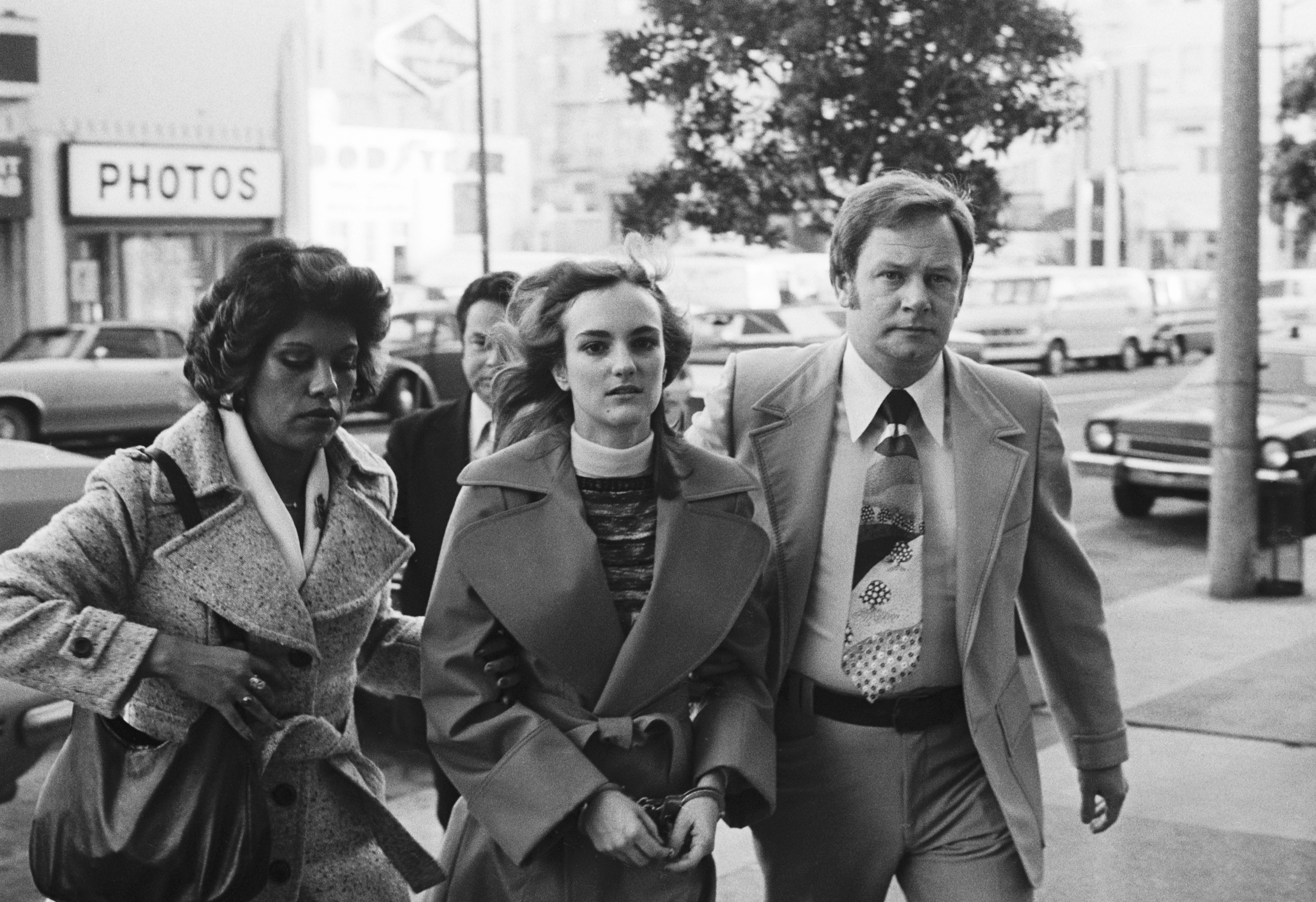 Hearst’s kidnapping, radicalization and trial were some of the biggest events of the 1970s. To this day, people are still hungry to get the entire story. Was she really brainwashed? Scared for her life? Or was Hearst just a rich kid looking for kicks? There are plenty of different opinions, though Didion probably wouldn’t have offered up any in whatever she would have filed – had she written the piece.

Didion would go on to write about Patty Hearst, although in the form of a book review of Hearst’s memoir in 1982. The review, which is included in her collection After Henry, muses on Hearst’s kidnapping, and talks about Hearst’s life a few years after the trial, mentioning how she married her bodyguard and lives “behind locked doors in a Spanish-style house equipped with the best electronic security system available.”

In “Notes on the South,” the first and much longer section of the book, Didion admits that she thought a monthlong trip she and her late husband – the writer John Gregory Dunne – took through the American South could materialize into something. “I thought it might be a piece,” she writes, noting observations of the time they spent traveling through the Southeast in 1970, the first time she’s been there since her father was stationed in Durham, North Carolina, when she was a child.

While both sections offer new insight into a formative time in the author’s life, the California portion is much more introspective, closer to the type of essay found in one of her famous collections. There’s something so deeply personal about “California Notes” – even if it is more of a collection of memories with no real direction. It shows just how close Didion felt to the the life, crimes and times of Patricia Hearst, while helping to explain why she didn’t sit in that courtroom and write about the trial. That it, for her, was about something else. Hearst represented something more to Didion that she needed more time to figure out.