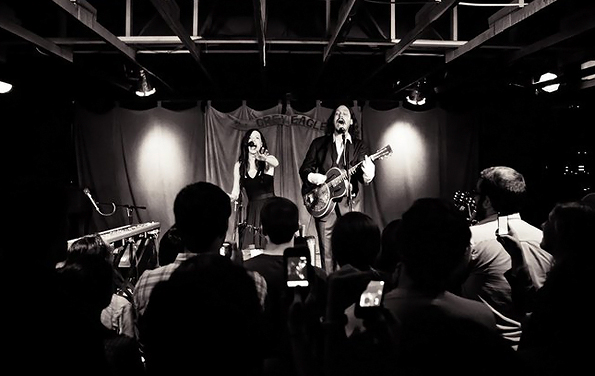 Today, Google Music launched Magnified, a feature that showcases unsigned artists in the Android music store and gives them the opportunity to perform live. Magnified Artists are handpicked from Google Music’s artist hub, a community that allows unsigned bands to create pages, upload their music, set their own pricing and sell (or give away) songs directly to fans.

In collaboration with T-Mobile, the search engine giant is also debuting their first batch of indie darlings at the Sundance Film Festival this weekend. The eight Magnified artists scheduled to perform in the four-night concert series include Bad Rabbits, Chancellor Warhol, the Civil Wars, Feather and Belle, Fort Lean, G-Side, Vintage Trouble and the Whigs. Feather and Belle were one of the first artists to jump on the artist hub’s DIY platform, and Vintage Trouble’s EP is currently free in the Android music store. Artists pay a one-time fee of $25 to join this service.

“Google will be selecting Magnified artists using a combination of factors,” a Google spokesperson told Rolling Stone. “We will use our an algorithm to find bands that are bubbling up in terms of fan engagement on the Android Market as well as take suggestions from our editorial team.”

Google Music’s editorial team is guided by self-proclaimed record store geek Tim Quirk, and they will attempt to add a human element in Google’s music equation. This strategy began with the creation of the Magnifier music blog, another themed extension of the search engine that shines a spotlight on undiscovered artists.

“It’s these kinds of opportunities we’re really excited about,” the Google spokesperson said. “The ones that could be career-changing for the artists.”

In addition to getting the chance to perform in front of new audiences and industry insiders, these artists will be featured next to music’s biggest stars in the Android music store by being featured as staff picks and included in special Magnified playlists, which will be accessible and available as free downloads to T-Mobile subscribers. Last month, Quirk told Fast Company that these Google staff picks weren’t up for sale.