Since hedge fund manager and well-connected billionaire Jeffrey Epstein was arrested on Saturday and charged with sex trafficking and sex trafficking conspiracy, the names of powerful men in his social circle — including President Donald Trump, former President Bill Clinton, and, weirdly, former lead investigator of the Clinton/Lewinsky scandal Kenneth Starr — have popped up over and over and over again. Notably, only one woman’s name has made a recurring appearance in discussions of Epstein’s crimes: that of Ghislaine Maxwell, a British socialite and Epstein’s longtime confidante, who is alleged to have played a pivotal role in procuring young women for him.

Although no charges have been filed against Maxwell — or anyone else in Epstein’s inner circle, for that matter — she has long been dogged by allegations that she played a pivotal role in procuring young women for Epstein, and has been named in numerous civil suits to that effect. As for Epstein himself, he pleaded not guilty to the charges against him on Monday. (Rolling Stone reached out to Epstein’s legal team for comment, but has not received a response. Maxwell has denied any involvement in the past, with a representative calling the allegations “obvious lies.”)

Surprisingly, given Maxwell’s relatively high-profile role in both the English and American social scenes, fairly little is known about her or the exact nature of her relationship with Epstein: she’s been alternately referred to as Epstein’s romantic partner, his best friend, his fixer, and a “madam” catering to his sexual desires. Here’s what we do know about the woman who has been a member of Epstein’s inner circle for decades — and whether we can expect to see her playing a larger role in the criminal proceedings against him.

Who is Ghislaine Maxwell?
Maxwell is the daughter of British media mogul Robert Maxwell, who owned and operated a number of British tabloids and was at one point estimated to have been worth nearly $1.9 billion. She was educated at the prestigious Marlborough boarding school in the U.K., and went on to study at Oxford.

The Maxwells were active in both British and American social circles, and the family apparently had ties to Trump before even Epstein did: a 1989 clipping from the St. Louis Post-Dispatch lists Trump as a guest on Robert Maxwell’s yacht, the aptly named Lady Ghislaine. In 1991, Maxwell was found dead under mysterious circumstances after reportedly having fallen overboard from the yacht. It was later discovered that he was in a significant amount of debt at the time of his death, and had embezzled from his employees’ pension fund.

Before her father’s death, Maxwell had already started building her credentials as a British socialite and philanthropist; she founded the Kit-Cat Club, a social organization for working women, and also served as director for a football club her father owned. Following her father’s passing, however, she moved to the United States, eager to escape the scrutiny of the U.K. tabloids. While she started out working in real estate and living on the (relatively) modest trust fund sum of $100,000 a year, Maxwell quickly rebounded from her father’s passing and subsequent disgrace, according to a 2000 New York Post profile, relying on the Maxwell family’s powerful network of famous friends to regain her position in the social world.

For the past two decades, Maxwell has held the types of board positions and charitable foundation advisory roles favored by the uber-wealthy, founding the charitable organization the TerraMar Project, which works to preserve the world’s oceans, in 2012. She also continued to cultivate friendships with extremely high-powered individuals such as Trump and Prince Andrew, reportedly introducing Epstein to the latter in 1997 and former President Bill Clinton, even appearing as a guest at Chelsea Clinton’s wedding in 2010. 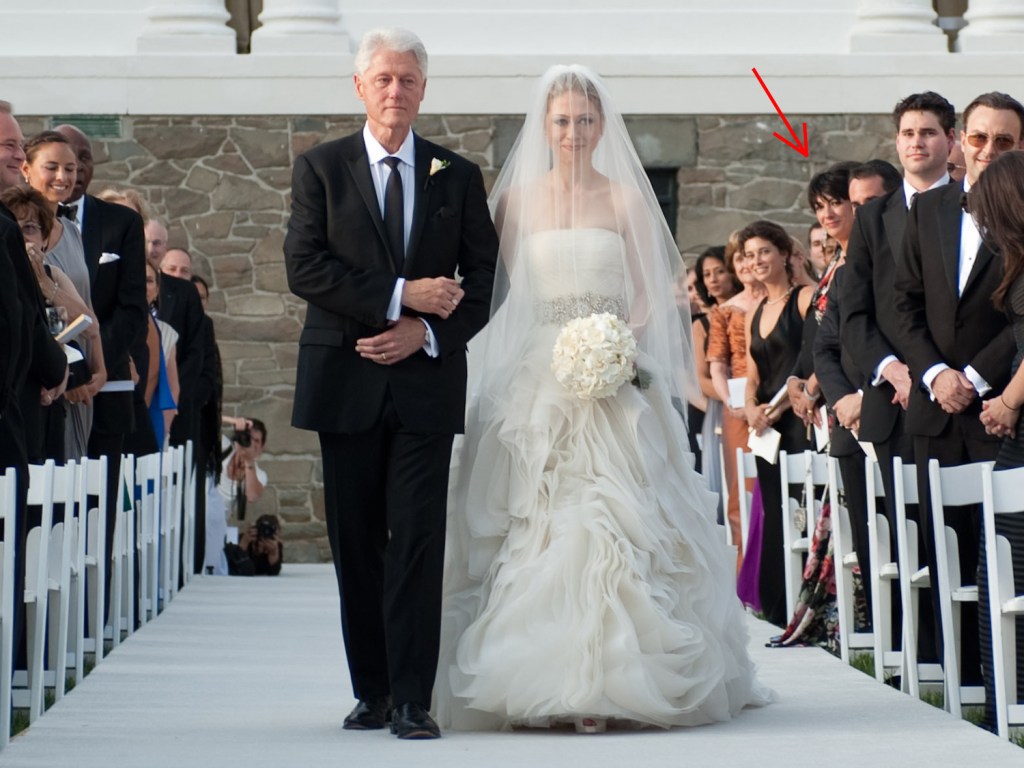 What is Ghislaine Maxwell’s relationship with Jeffrey Epstein?
According to the 2000 New York Post profile of Maxwell, Epstein and Maxwell began dating in the late 1990s; the piece not-so-subtly implies that Maxwell largely viewed Epstein, who at that point had become extremely wealthy from his investment firm J. Epstein & Co., as a strategic launch pad for her career as a New York City philanthropist and socialite. Although their romantic relationship later fizzled out, the two developed a close platonic bond, according to a 2003 Vanity Fair profile of Epstein, in which he refers to Maxwell as his “best friend.” The Vanity Fair profile depicts Maxwell as something of a high-end assistant to Epstein, with journalist Vicky Ward writing that Maxwell “seems to organize much of his life,” even making appointments with personal yoga instructors for Epstein.

What is Ghislaine Maxwell’s relationship to Jeffrey Epstein’s crimes?
According to those who have accused Epstein of sexual abuse, Maxwell’s predilection for managing his life extended to his sex life as well. In 2018, Epstein and Maxwell settled a lawsuit brought against them by a woman named Sarah Ransome, who alleged that Maxwell hired her to give Epstein massages at his home. Between 2006 and 2007, Ransome alleged, the two promised to pay her tuition to FIT in exchange for Ransome providing sexual favors to Epstein and his friends, including lawyer Alan Dershowitz. (Dershowitz has repeatedly denied the charges; Ransome’s suit was settled in 2018 under undisclosed terms.)

Last April, another woman and former Epstein employee, Maria Farmer, alleged that Maxwell and Epstein had sexually abused her and her 15-year-old sister on two separate occasions in the mid-1990s. She also alleged that she frequently saw a “number of school-age girls” come to Epstein’s New York City home. “When I asked Maxwell why these young girls were coming over to the house so often she said that the girls were interviewing for modeling positions,” Farmer said. “At the time, based on my observations at the home, it did not seem credible to me that these young girls were interviewing for modeling positions.”

Farmer’s allegations surfaced as the result of a defamation lawsuit filed against Dershowitz by Virginia Giuffre, who also named Maxwell in a 2015 civil suit against Epstein. In the suit, Giuffre (then identified as Jane Doe 3) alleged that during the summer of 1999, when she was 16 years old and working as a towel girl at Trump’s Palm Beach resort Mar-a-Lago, Maxwell recruited her to serve as Epstein’s massage therapist. Giuffre alleged that Maxwell and Epstein instructed her to have sex with him and his friends, including Dershowitz. Dershowitz publicly denied her claims and accused Giuffre of making them up, prompting Giuffre to sue him for defamation. Last week, Dershowitz filed a motion for a federal judge to dismiss the defamation suit.

After Giuffre’s original civil suit against Maxwell and Epstein was settled in 2017, a judge ordered that 2,000-odd pages of documents related to the case be sealed; however, earlier this month, a U.S. Court of Appeals judge ruled that some of the documents could be unsealed, though it did not specify when. Although prosecutors said during Epstein’s initial court appearance on Monday that a superseding indictment was not “imminent,” it was “certainly possible” that charges may be filed against additional individuals “down the road.”

Maxwell has yet to issue a public statement following Epstein’s arrest; Rolling Stone reached out to Maxwell and the Terramar Project to request comment, but did not immediately receive a response.