Federal agents rammed armored vehicles into the fortified building as flames engulfed religious cult leader David Koresh and over 75 of his men, women, and child followers. Most died in the smoke and fire, with their beliefs that the world would end. A fulfilled prophecy of sorts.

People across the country tuned into national news stations to see agents from the Bureau of Alcohol, Tobacco and Firearms and FBI descend upon the Branch Davidian compound called Mount Carmel in search for illegally amassed weapons. They watched the initial shootout between the two parties evolve into a 51-day standoff, and the botched negotiations that ended with images of citizens willing to arm themselves and fight to the death against a tyrannical government.

Here, everything you need to know about Branch Davidians, David Koresh and what went down 25 years ago in Waco.

Who were the Branch Davidians?
In the 1930s, Bulgarian immigrant Victor Houteff broke away from his community of Seventh-Day Adventists to start the Davidian movement at Mount Carmel. The title “Davidian” referred to Houteff’s first publication, “The Shepherd’s Rod”, in which he wrote that the term derived from biblical King David and dedicated to “bringing forth the restoration of David’s kingdom in antitype, upon the throne of which Christ, the son of David, is to sit.” Essentially, he believed that Christ would come to earth and establish a divine kingdom.

After Houteff died in 1955, his wife Florence took over the Davidian sect and gathered hundreds of followers at Mount Carmel for judgement day. Her prediction was a bust, and led to the Davidians being split into the Branch Davidians by Benjamin and Lois Roden. Benjamin then told his followers that Christ would come for them once they matured.

When Benjamin died in 1978, Lois took the lead and began preaching that the Holy Spirit was feminine in nature. She eventually passed away and lost control to her son George in 1986, according to the Los Angeles Times. Koresh, who had entered into a romantic relationship with Lois in previous years, disliked the new leader and claimed he was exhumed a body on church grounds in attempts to resurrect it. In 1987, Koresh and seven of his followers stormed Mount Carmel and shot George. They went on trial for attempted murder, but were acquitted, according to PBS News. Koresh’s case was declared a mistrial. He told the jury that they went to the compound to find evidence of the exhumed body and shot at a tree on the property. 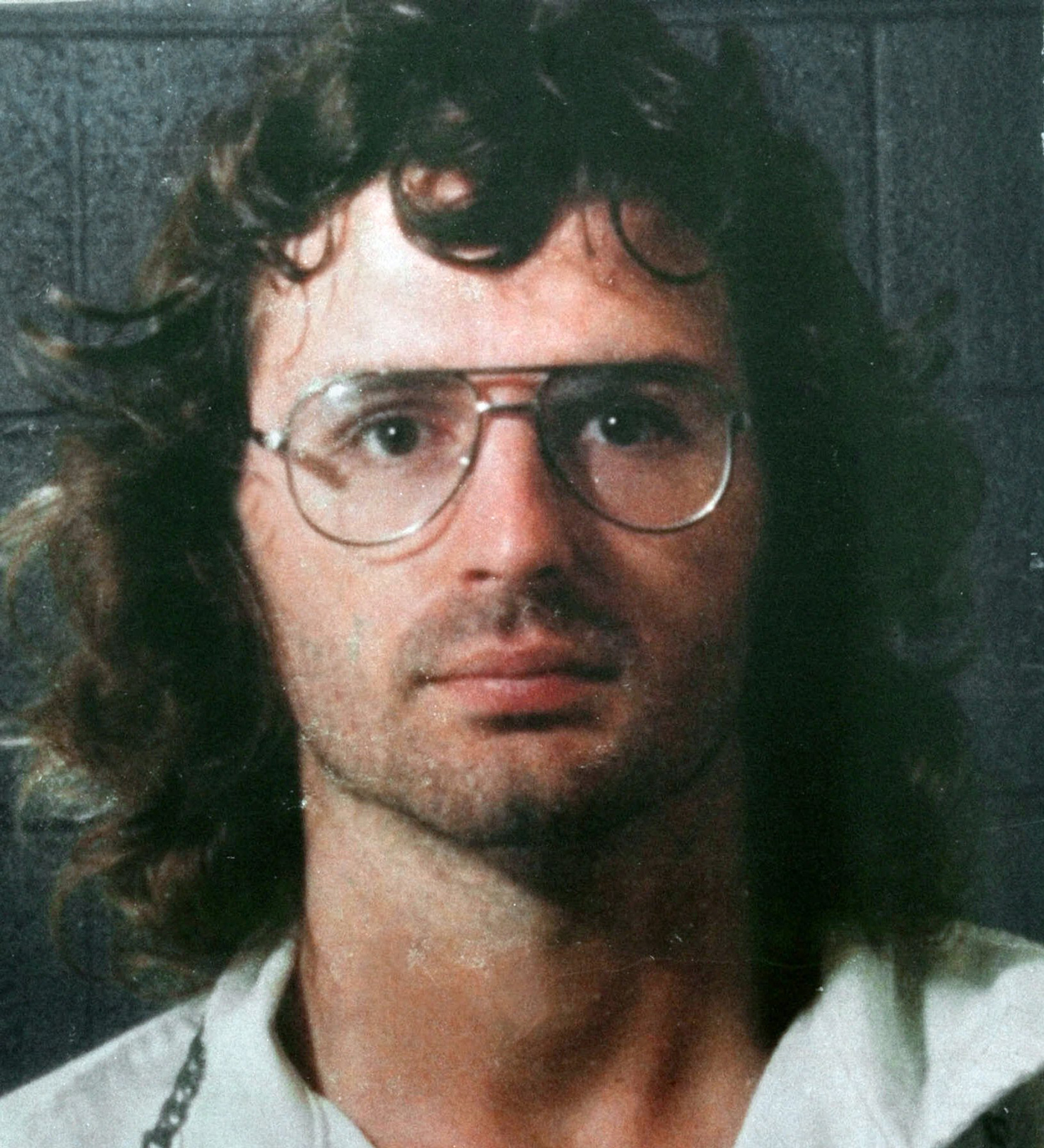 Who was David Koresh?
Actually, “Koresh” wasn’t his real name. Born to a teenage mother, the cult leader was born Vernon Wayne Howell in Houston in 1959. He would tell the FBI that he never knew his father and had a lonely childhood living with his grandparents. He dropped out of high school, and, with a head full of Bible verses, he joined his mother’s Church of Seventh Day Adventists. He was expelled for misbehaving and moved to California in hopes of becoming a rock guitarist.

In 1981, when he was 22 years old, he joined the Branch Davidian at Mount Carmel, where he began studying under the Lois Roden. It was after Lois’s death and George’s shooting that he assumed control of the church in 1990. He renamed himself David Koresh “for publicity and business purposes,” The name “Koresh” is Hebrew for “Cyrus”, the ancient Persian king, and by taking the name he was announcing that he was the heir of King David.

Koresh imposed his new power by taking “spiritual wives” – in the form of adult women and girls as young as age 12 – that would give him the future leaders of the world. He told his followers that he was the “Lamb of God” from the Book of Revelation, who could interpret the Seven Seals containing the secrets to the end of the world.

Followers told ABC News that Koresh predicted that the government would attack, and had them amass an arsenal of guns and ammunition. Former child bride Kiri Jewell later testified before Congress that Koresh molested her and had over 20 wives. Joann Vaega, who was six years old when she left the Davidians, told ABC reporters that Koresh shared his apocalyptic views with his followers and believed that they were “the chosen people to survive because David was the son of God” and preparing “for war” and the “end times.”

What happened in Waco?
On February 28th, 1993, the ATF, citing evidence that cult members were amassing illegal weapons, tried to execute a warrant on the Branch Davidian at Mount Carmel. A two-hour gun fight resulted in the deaths of six Davidians and four agents. No one knows who initially pulled the trigger.

During the standoff, the FBI used sleep deprivation tactics on the Davidians, including floodlighting the compound and played sounds of rabbits being killed, according to The New York Times. Ten days before the fire, Koresh offered to surrender himself to FBI agents if one of his sermons were broadcasted on a national radio station. But the government mishandled negotiations and failed to pursue resolutions. Then on April 19, 1993, national news teams captured footage of the government using military-grade tear gas on the fiery compound, where over 75 people died, a third of them children. Koresh was among those who were shot by their fellow cult members. Few survived the carnage.

Critics have longed argued that the FBI started the fire, while others blamed the agency for screwing up negotiations and flexing their muscles much too soon. In a report from NPR, Loyola University religious studies professor Catherine Wessinger, said, “If the FBI believed they were dealing with members of a cult who were not in their right minds, then why would the FBI put so much pressure on them and then ultimately carry out an assault which just confirmed David Koresh’s prophecies?”

Who started the fire?
Four months after Waco, a federal grand jury indicted 12 Davidians for aiding and abetting the murder of agents and illegally possessing firearms, according to the Texas Monthly. Four were acquitted. Eight were acquitted of murder, but served varying sentences on firearms-related offenses. By 2007, everyone was out of prison.

Even after the arrests, many Americans were left asking: Who started the fire? In 1999, then-U.S. Attorney General Janet Reno selected U.S. Sen. John Danforth of Missouri to evaluate the federal government’s handling of the standoff. It took 14 months and $17 million for Danforth to find that the government “did not cause the fire” and “did not direct gunfire at the Branch Davidian complex,” according to his report. Danforth did mention failings of the FBI and Department of Justice to disclose evidence about the “pyrotechnic tear gas,” but concluded that the responsibility for the fire “rests with certain of the Branch Davidians and their leader, Vernon Howell, also known as David Koresh.”

What happened to the Branch Davidians?
In recent years, the Davidians renamed themselves the Branch, The Lord Our Righteousness and built a new church in Waco, just east of the former Mount Carmel compound. Charles Pace became the new leader, and, like his predecessor in Koresh, declared himself the new Lamb of God of Revelations.

According to the church website, Pace told Koresh in April 1984 – a decade before the standoff – that he was leading an “apostate” movement that would put his followers in jeopardy. Pace thought they should have been following Christ instead of Koresh. When Koresh died, “because he received Divine Judgement as prophesied, Charles became its Divinely appointed leader.” Pace took the title, “Joshua, the man whose name is Branch” and the new name “after the purification of its apostate leadership who rejected Christ the Branch and chose to follow man declaring himself the lamb of God of Revelation.”