In the lead up to his election as Governor of California, Ronald Reagan, a former FDR Democrat who switched to the Republican party in 1962, alluded to crack downs on anti-war protests, especially the ones taking place on the University of California, Berkley campus. Reagan saw the school as “a haven for communist sympathizers, protesters, and sexual deviants,” and set his sights on the school that was, in fact, a hotbed for the radical political activism movement.

On May 15th, 1969, at 4:30 a.m., Reagan took the talk further, sending California Highway Patrol and Berkeley police officers into People’s Park, a formerly abandoned lot turned into a park by volunteers. An eight-foot tall chain-link fence was installed around the park to keep people out.

As Rolling Stone wrote in its June 14th, 1969 story “The Battle of People’s Park,” the park was “sanctified by a cross section of young Berkeley clergy, and architectural and environmental critic Alan Temko called it ‘the most significant innovation in recreational design since the great public parks in the 19th and 20th centuries.'”

It didn’t take long for people to begin protesting, and by noon, over 3,000 people had joined in, many chanting ” “We want the park!” while marching down Telegraph Avenue. As the protest picked up – some estimates say it grew to around 6,000 people – Reagan’s Chief of Staff, Edwin Meese III, called on the county to send reserves. Nearly 800 officers responded, dressed in riot gear, many with badges obscured to hide their identity, went after the protestors with nightsticks swinging. As the protesters retreated, officers fired tear gas canisters and “00” buckshot at the crowd’s backs as they tried to escape.

James Rector, a student, was shot and killed by police, and 128 protestors were admitted to local hospitals. When Reagan was pressed on why the police used such force, he answered, “It’s very naive to assume that you should send anyone into that kind of conflict with a flyswatter.” 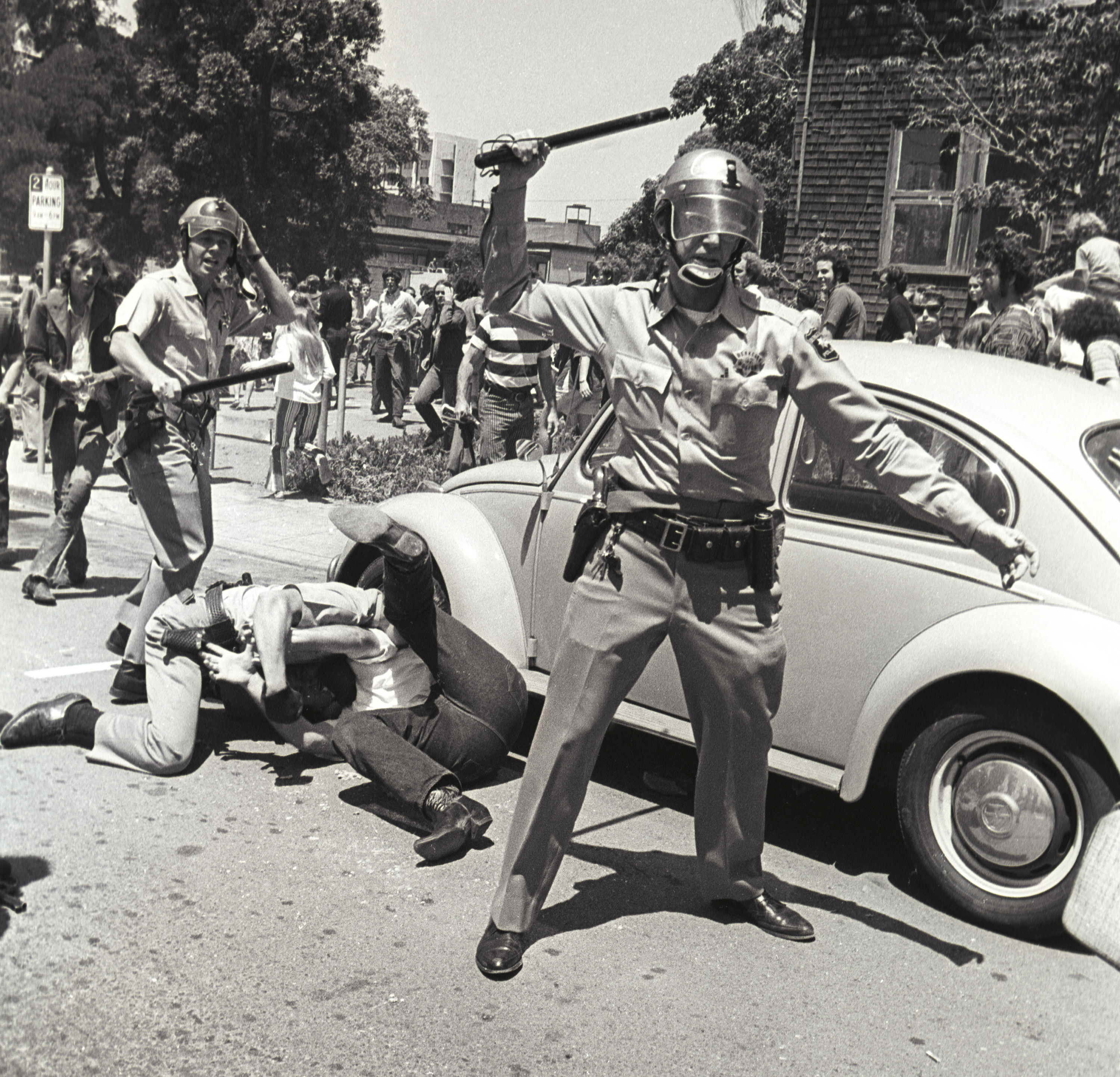